Located north of the Yucatán Peninsula between the Caribbean Sea and the Gulf of Mexico, Isla Holbox is part of the Yum Balam Nature Reserve. If you want to hang out with friendly locals and chill on the beach with flamingos, this is the place for you. Far from the crowds of Cancún, the tiny island is dotted with dirt roads, laid-back beach bars, and incredible natural beauty. Here's my ultimate Isla Holbox travel guide! 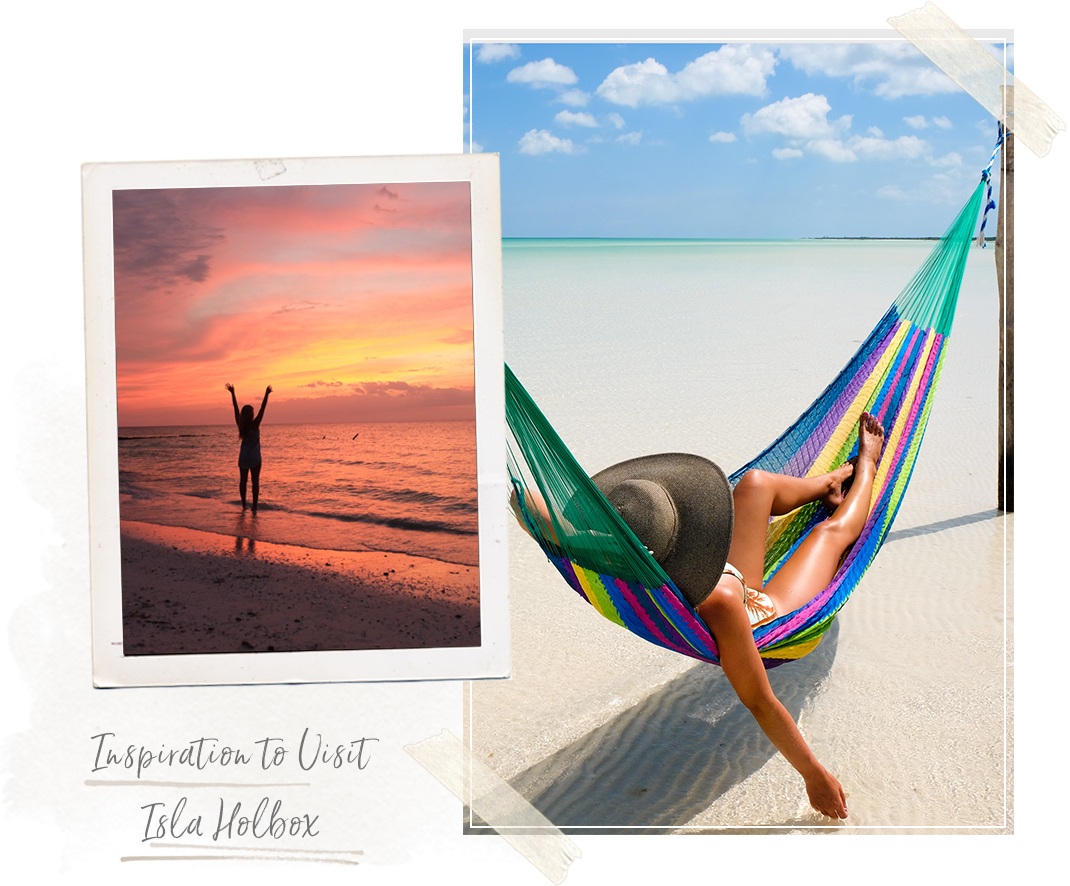 What to Expect in Isla Holbox

Language: Spanish. While it’s near Cancún, Isla Holbox is still new on the tourist map, so don’t expect everyone to speak English. Any Español you know will definitely come in handy.

Currency: Mexican peso. They also use the $ symbol so don’t freak out if you see a taco for twenty-five dollars. There are more than twenty pesos to one US dollar.

Credit Cards and Banks: Make sure you have lots of cash here. There is literally one ATM on the island and only a few established shops take credit cards.

Good to Know: The sun is harsher here and Isla Holbox doesn’t have a ton of shade, so bring a hat, sunscreen and lots of bikinis!

Getting Around in Isla Holbox

Taxis: The beauty of Isla Holbox is that there are no cars. The island has a taxi-like system of golf carts. They line up when the ferries come in so you can get a ride to wherever you’re staying.

Bike: Since Isla Holbox is so small, bikes are an ideal mode of transport. You can rent one for around twenty pesos an hour at one of the shops around town.

Golf Cart: This is the preferred method of transportation in this little destination. Expect to see lots of golf carts rolling down the streets. You can rent a golf cart during your stay for an easy and affordable way to get around.

Rent a Car: While you won’t see very many cars on the road, renting a car is still an option while you are in Isla Holbox. It is pretty affordable and offers you the freedom to get wherever you want to go.

Walk: There is very little traffic or things going on in the streets so it’s safe to walk around. 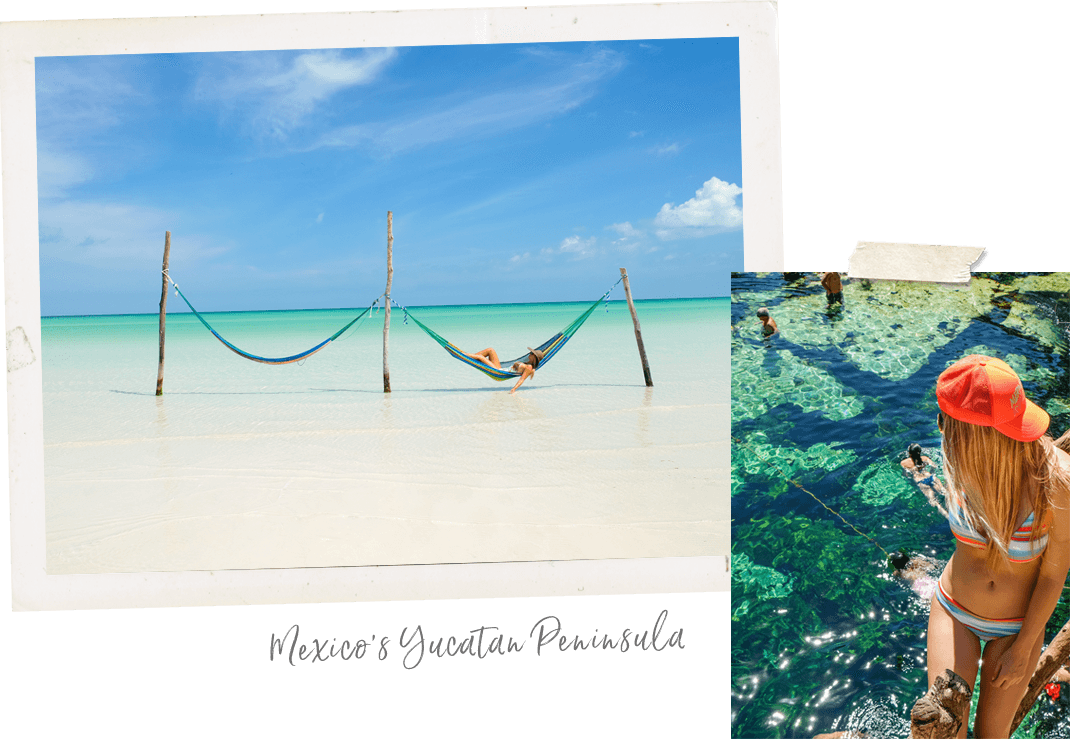 Travel Tip
If you're headed to Isla Holbox, you may as well hit some other great destinations in Mexico's Yucatan Peninsula while you're at it! Check out places like Tulum, Playa del Carmen, Akumal, Cozumel and many others.

With a full-service spa and a yoga center, this family-run beach hotel is definitely one of the nicest hotels on the island.

On my last visit, I stayed at a local’s house called Marvin’s. Marvin was one of the best hosts I’ve ever had. The rooms were comfortable, and there are public areas to hang out. Marvin even made us homemade ceviche! It was literally the best thing I’ve ever tasted. 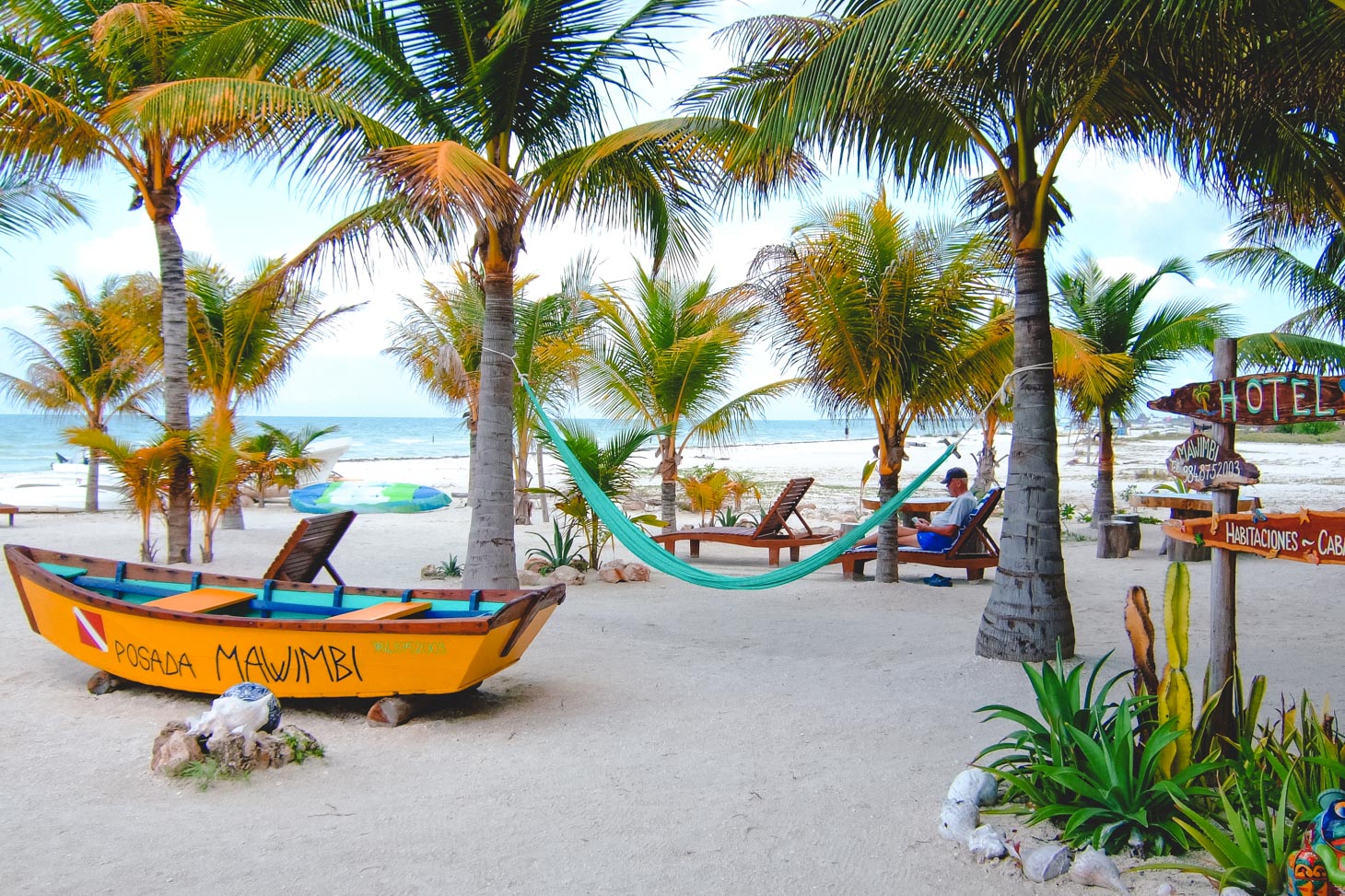 This charming little hotel is nestled in a lush tropical garden. Featuring luxury touches and vibrant decor, this is another top pick. 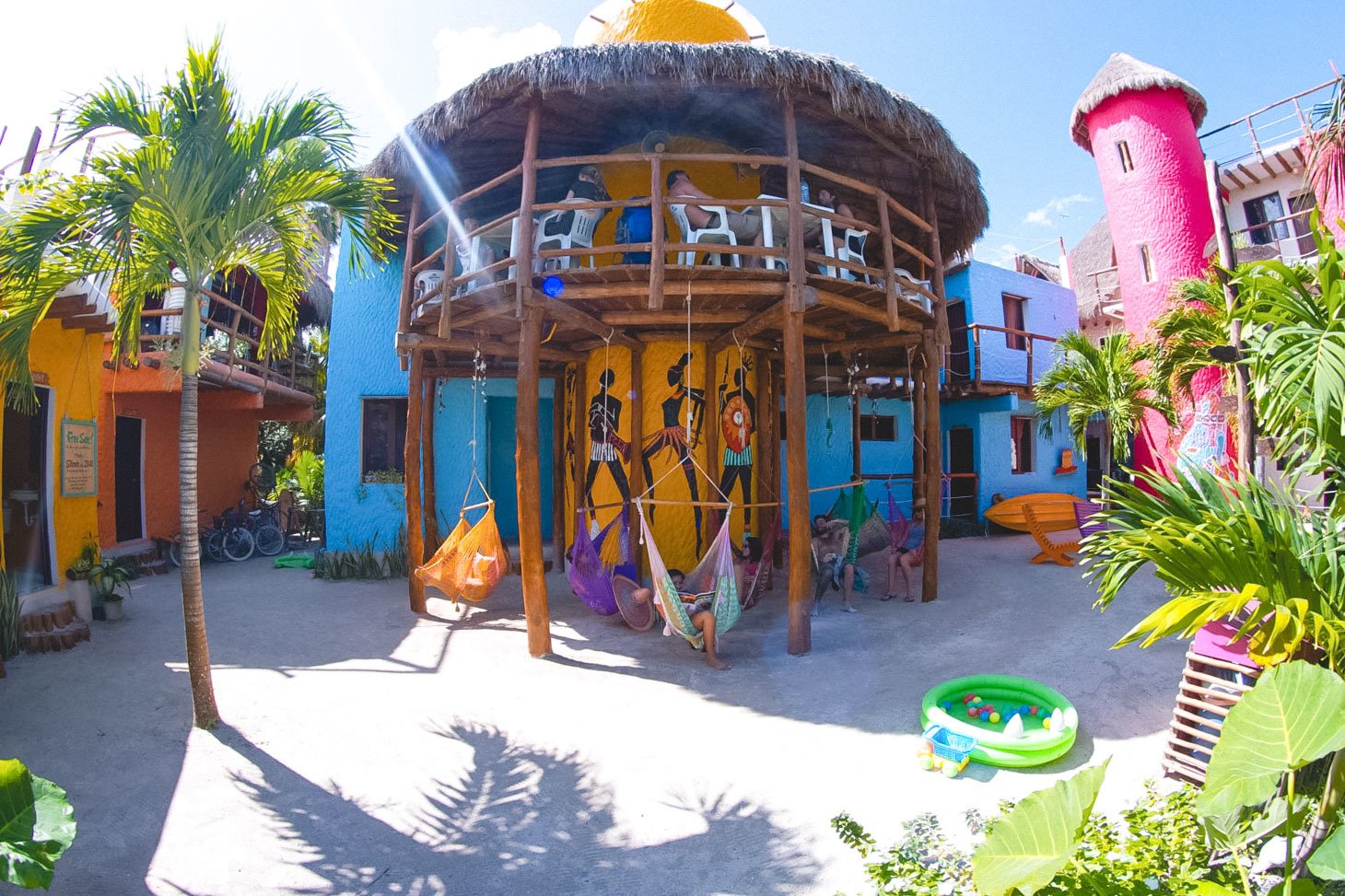 Save a bit of dinero and meet other travelers from around the planet. This much-loved hostel will definitely exceed your expectations. 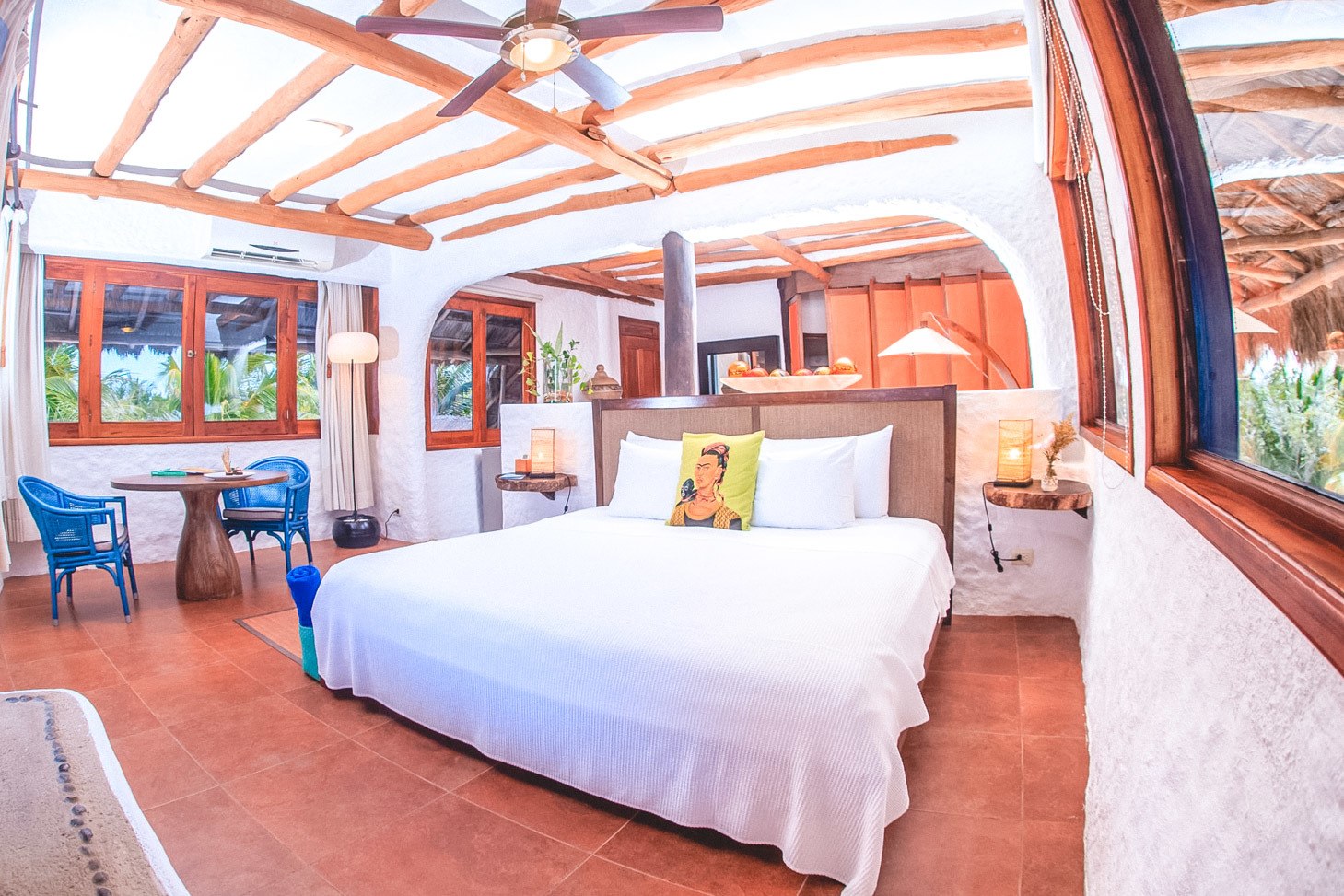 This eco-chic hotel takes up its own little corner at the end of the beach. Its treehouse-like bungalows (and amazing spa) are surrounded by gardens to give you a peaceful tropical escape. 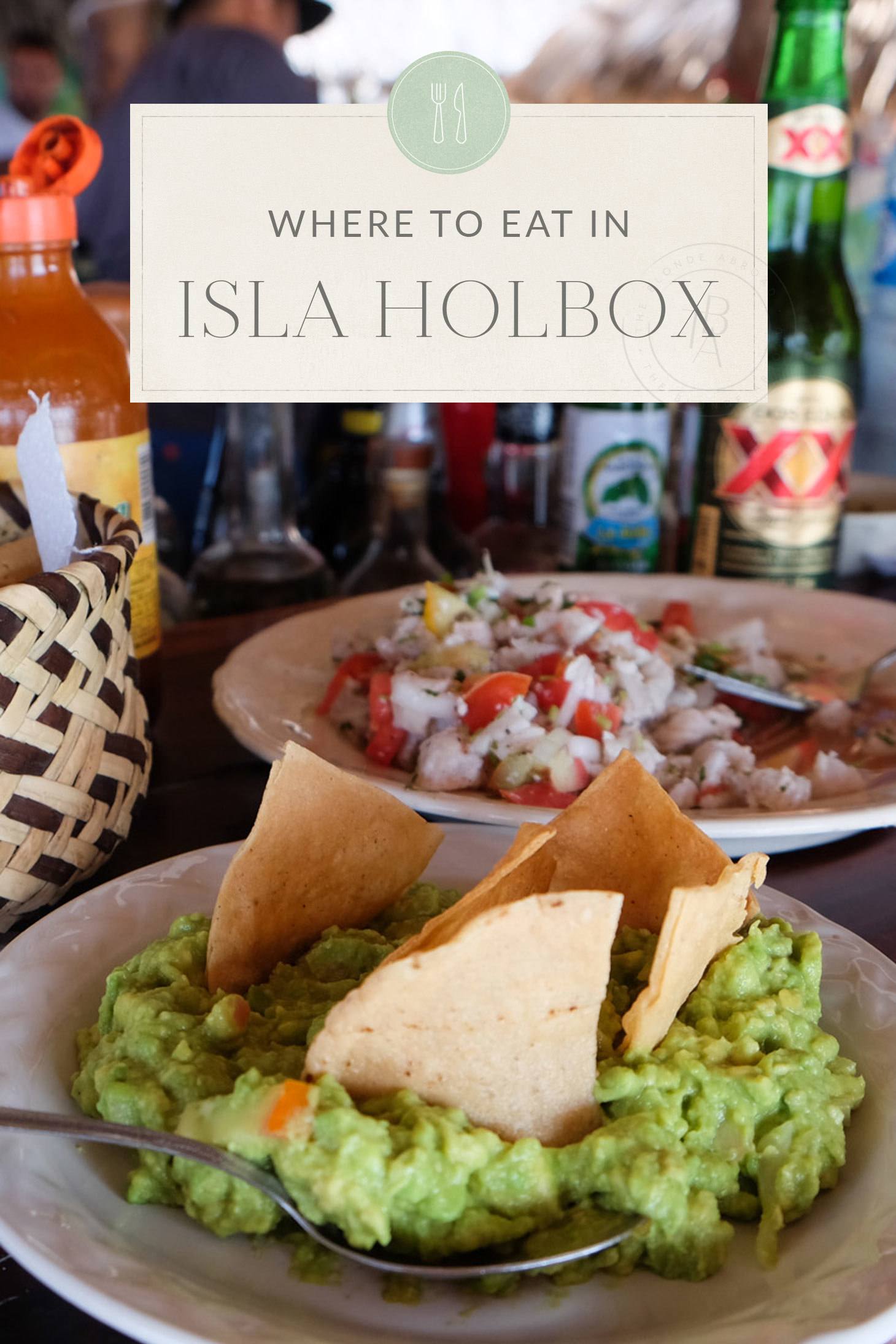 This is the best spot for coffee and smoothies– and such a cute little stand.

You’ll find great ceviche here! The restaurant’s beach bar is also a perfect place to hang out and sip cocktails on a hot day. 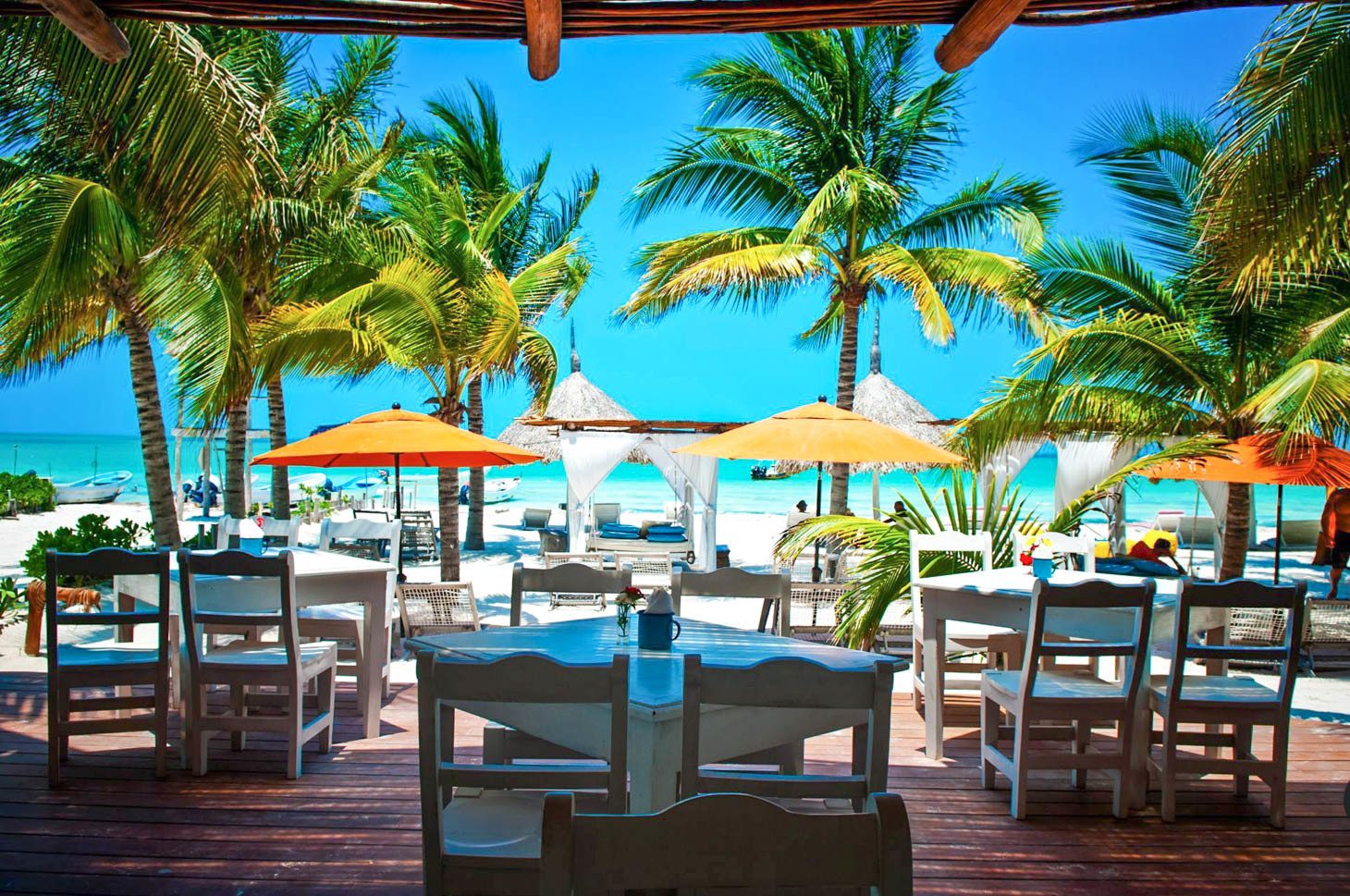 The hotel’s Mediterranean restaurant, Mandarina, has a prime beach location and ultrafresh seafood.

Head to the street vendors for dessert– you have to grab the local’s favorites, marquesitas, and a churro! 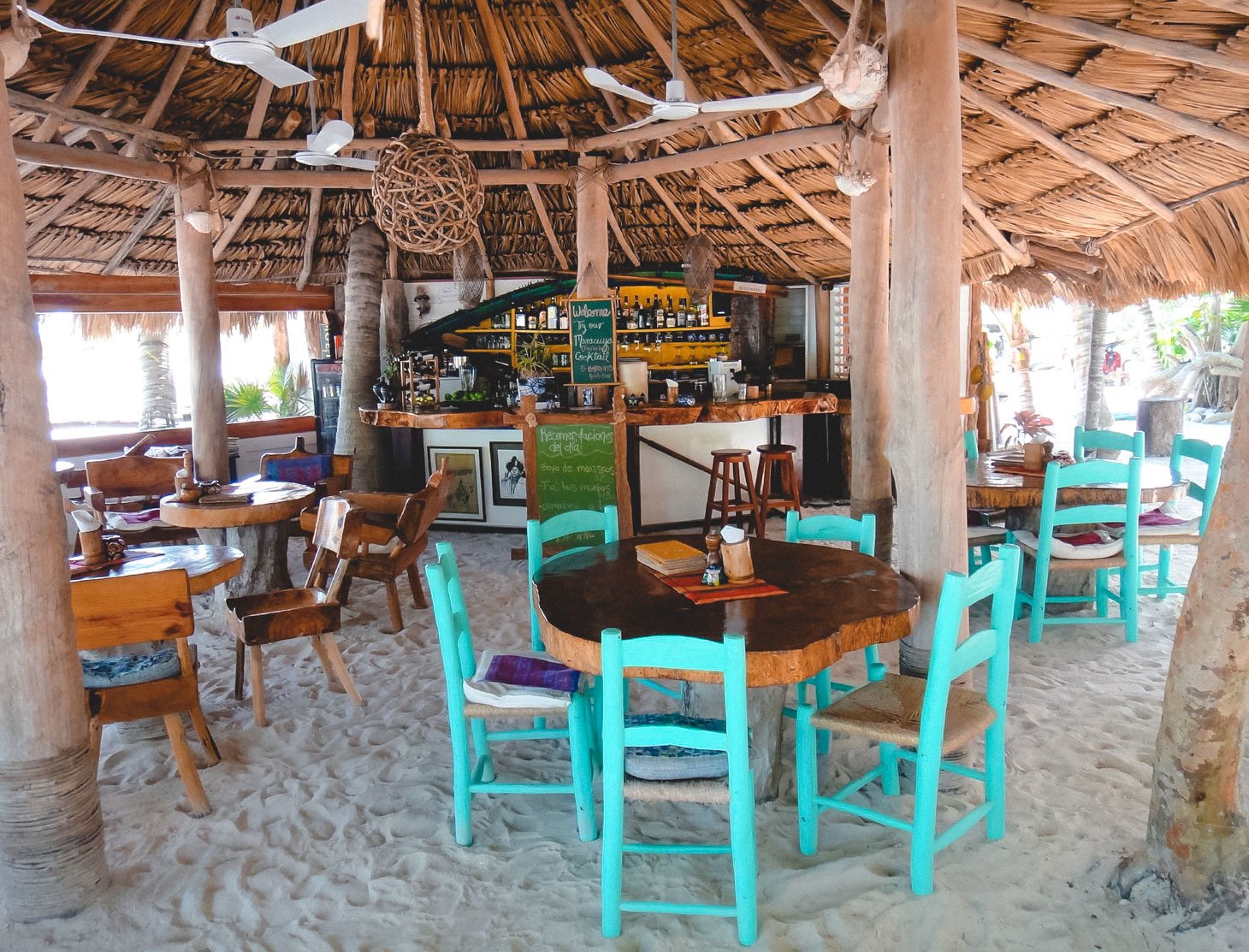 Even if you don’t stay at this tropical hotelito, you’ll definitely want to stop by for an easygoing dinner on the beach at the Barquito Beach Bar & Restaurant.

Sushi may not be the first cuisine that you think of when you think of Mexico, but with an ocean full of fresh fish, El Sushi serves up some world class rolls! 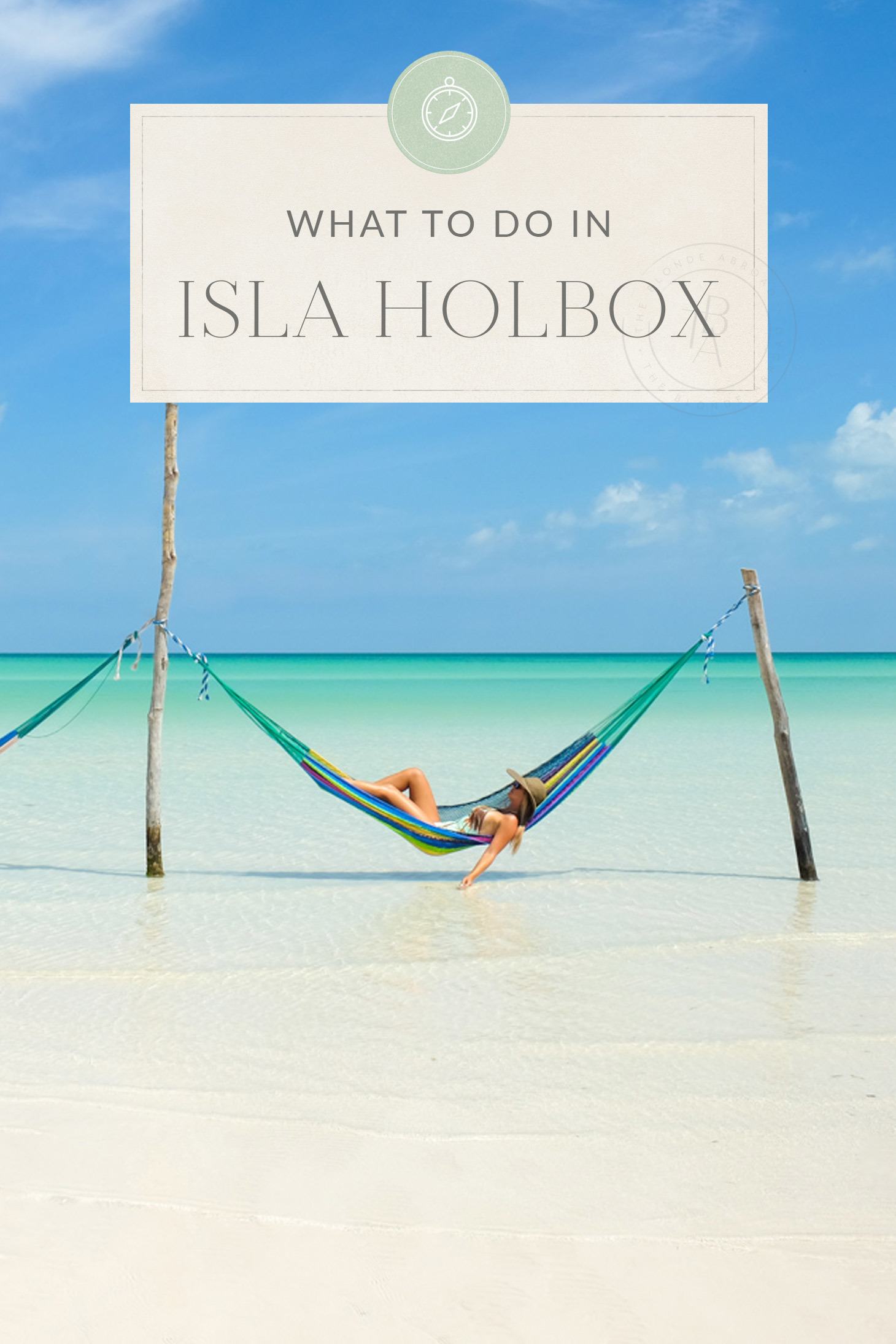 Take a ride up to Punta Cocos. Words can’t describe this place. You’ve got to check out my vlog, and then go see it for yourself. 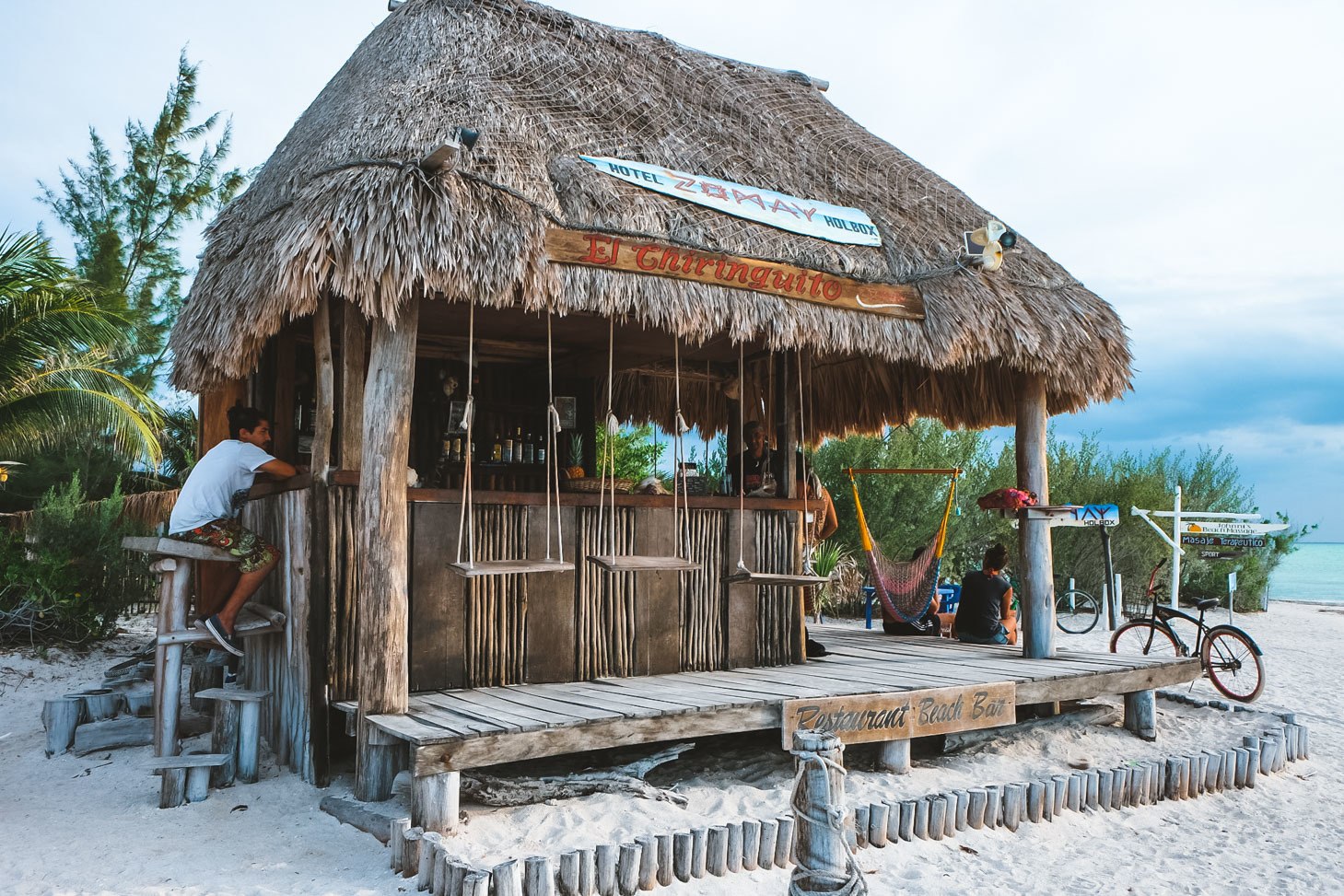 Hang at a Beach Bar

My favorite little beach bar was situated on the ocean, right in front of Hotel Zomay. Swings, sunsets and mango margaritas!

Rent a kayak, and get to this ecological reserve on the south side of the island. The crystal clear water here is ideal for seeing the flora and fauna.

The island is famous for its whale sharks. Touring the gorgeous waters and swimming with the biggest fish in the world is an experience you won’t forget. I had a great trip with VIP Holbox.

Situated between Isla Holbox and the mainland, the small island of Isla Passion is where tons of flamingos congregate. 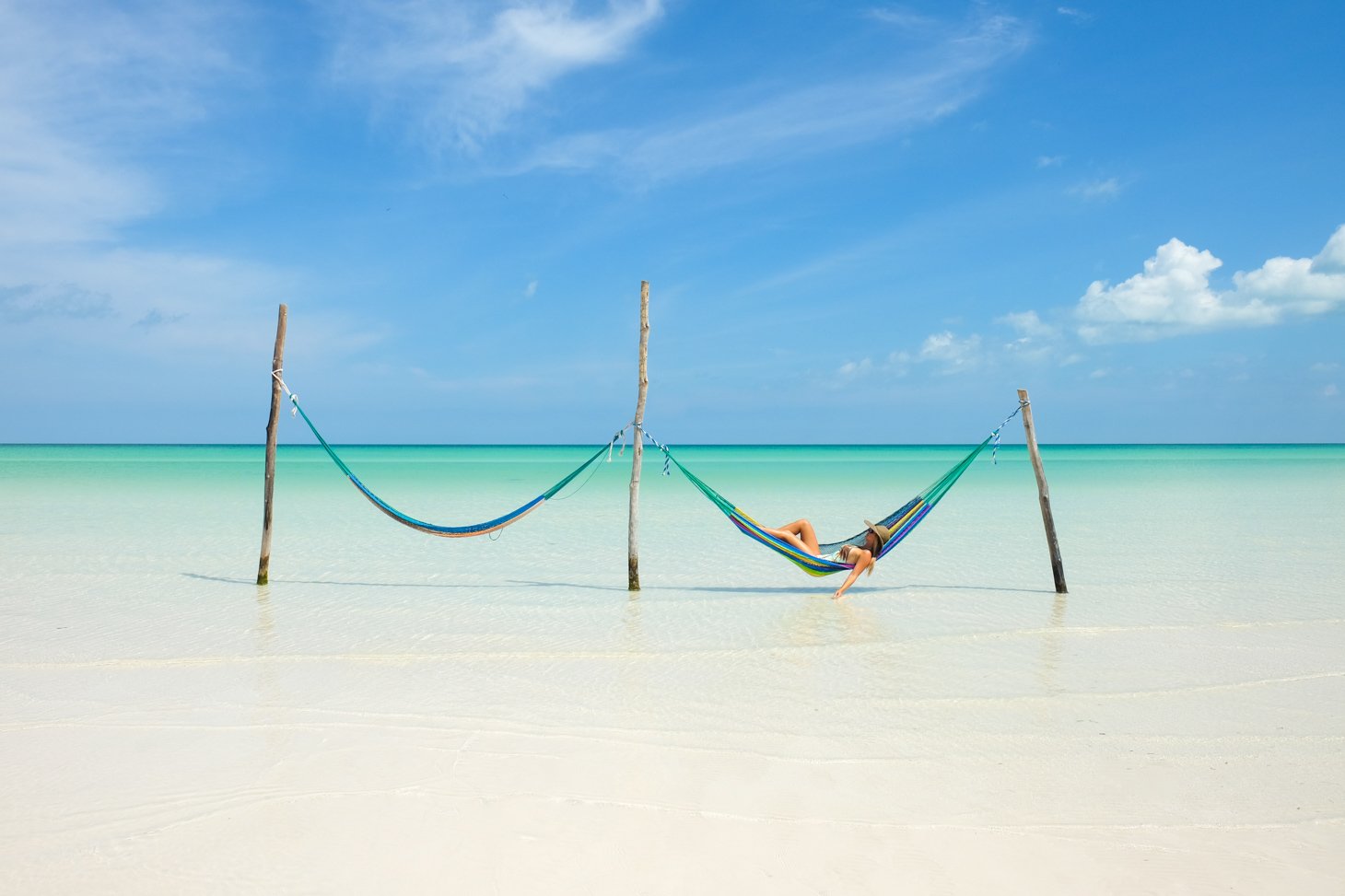 Relax in the Iconic Holbox Hammocks

Located in front of Villas Tiburon on the island, these hammocks are so nice to sit back, relax and take in the view. Plus they make for an adorable photo-op! 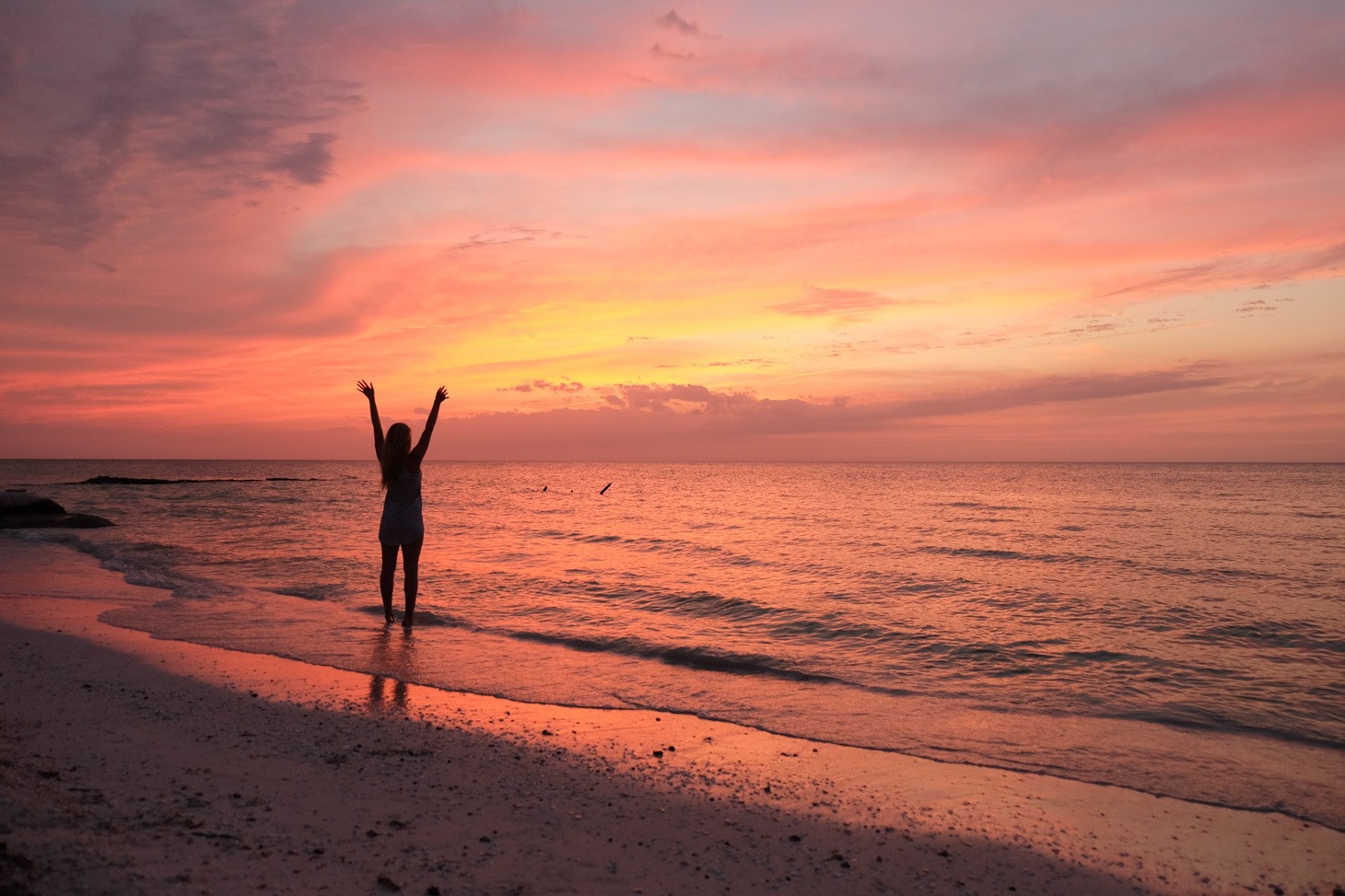 Of course, one of the best things to do at the beach is to watch the sunset. Bring your camera; the sunsets are amazing here. 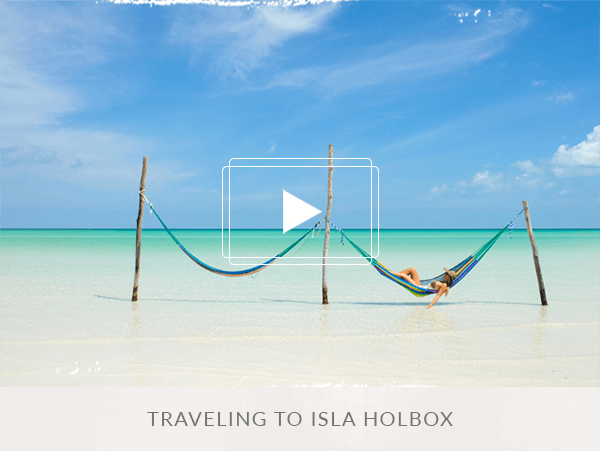 You can drive or take a bus to Chiquila, and then hop onto a ferry. You’ll want to reserve your bus beforehand– but you don’t need to make a prior reservation for the ferry, and the trip only takes about thirty minutes. You can also take an air taxi and get a gorgeous view. Aerosaab has private flights from Playa del Carmen, Cozumel, and Cancún. Keep in mind that there are no flights or ferries at night, so plan on leaving earlier in the day.

What to Pack for a Tropical Vacation 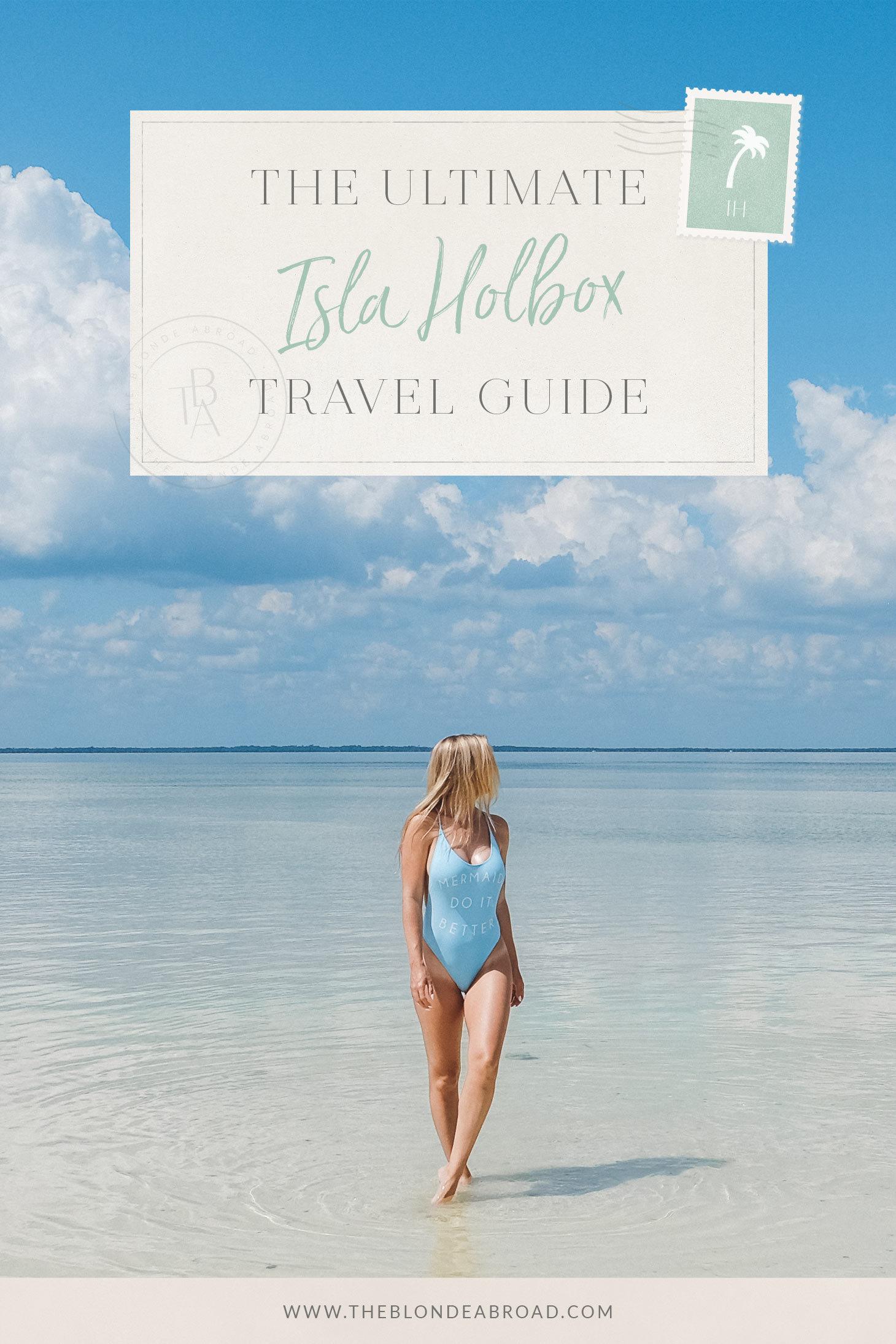 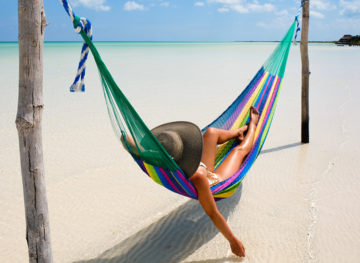 20 Photos to Inspire You to Visit Isla Holbox

Far from the crowds of Cancún, the tiny island of Isla Holbox is dotted with dirt roads, laidback beach bars, and incredible natural beauty. 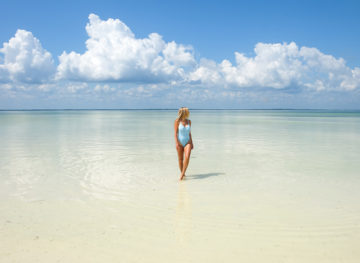 Isla Holbox is an incredibly beautiful tropical destination off the coast of Mexico. Check out how I captured my trip with these videos of me traveling to Isla Holbox! 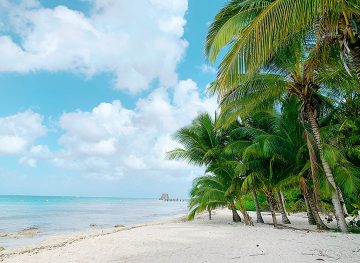 Top Ten Things to Do in Mexico’s Yucatan Peninsula

From the coastlines of Cancun to the beaches of Tulum, there is something for everyone! Here are ten amazing things to do in Mexico's Yucatan Peninsula!

When it comes to exploring the Yucatan Peninsula as a solo female traveler, it is a beautiful and safe place to visit! 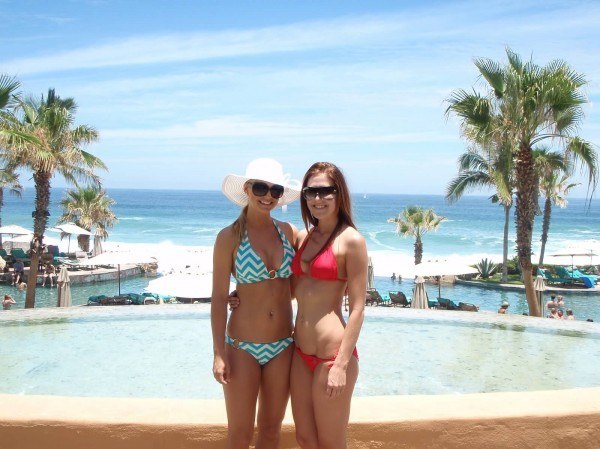 While I typically write on more cultural experiences abroad we all deserve a "vacation" once in a while. Mexico is definitely a cultural destination, but for many people, it's a popular vacation destination. 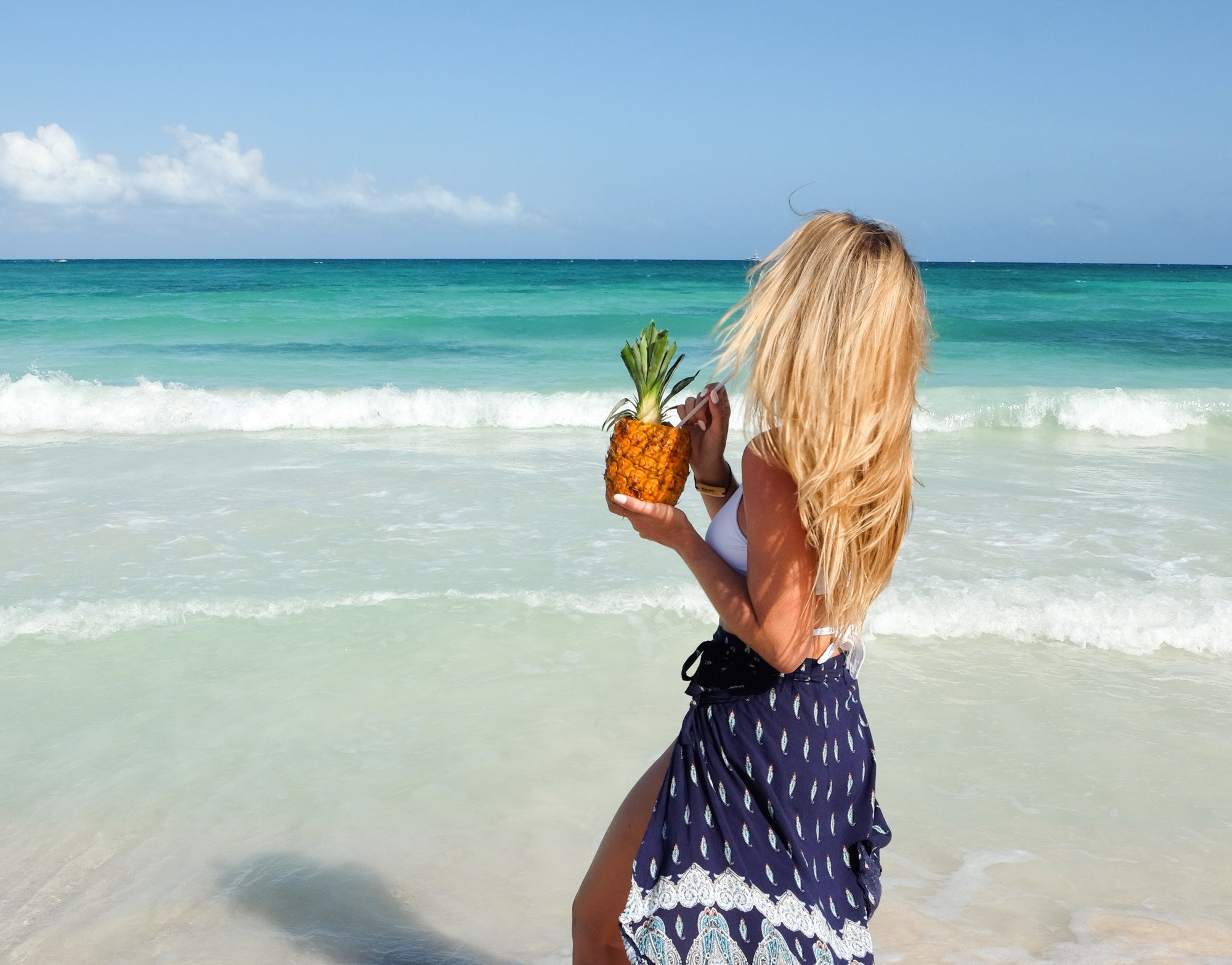 Tips for Traveling Mexico in the Summer

It’s no wonder why you find some many people traveling Mexico, it has affordable prices, tropical beaches and cuisine, and a variety of activities!

Where to Find the Best Food in Mexico City

I cannot say enough good things about the incredible, eclectic, and endlessly impressive Mexico City. Here is my guide to the best food in Mexico City! 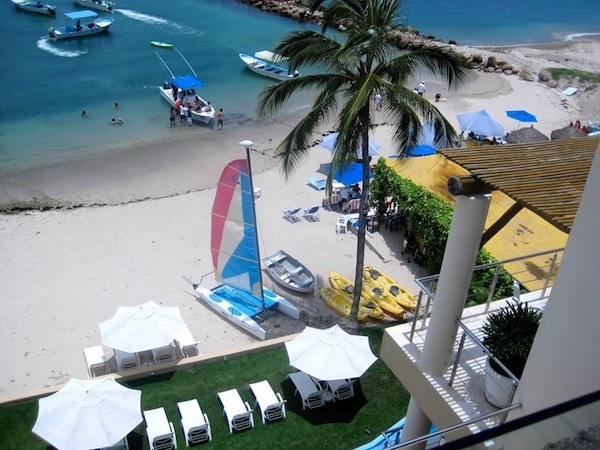 45 minutes north of Puerto Vallarta you'll find the 1,500 acre peninsula of Punta de Mita. Many people have never even heard of it, but it's worth a visit!

To get ready for this trip, I wanted to try out a travel nails style that was inspired by the desert and jungle vibes of Mexico!