With a rich culture, lush rainforests, and incredible beaches, Costa Rica is one of Central America’s greatest escapes. Nestled between Nicaragua and Panama, this little country has so much to offer in natural beauty and fabulous weather.

Defined by its location between the Caribbean and the Pacific Ocean, this country offers everything from black-volcanic-sand coastlines, to rugged coves, to white-sand beaches.

Ready to see it all? Here is the best time to go to Costa Rica. While you’ll always see crowds in the Caribbean around Christmas and New Year’s Eve, things clear out quickly afterward. You’ll have the place to yourself after only a few days into January, and you’ll be able to take advantage of some of the lowest prices of the year.

The dry season is just starting. You’ll have nice sunny days, but the forests will still be lush and green with flowing waterfalls.

Without the rain, it’s an ideal time to surf. Best of all, the local farmers are taking in the coffee harvest making it the prime time for farm tours and tastings. (Hello, fresh coffee!)

And, for those of us who love nothing more than to be covered in glitter and dance the night away, February is all about the Envision festival, an amazing celebration of art, spirituality, yoga, music, and dance. 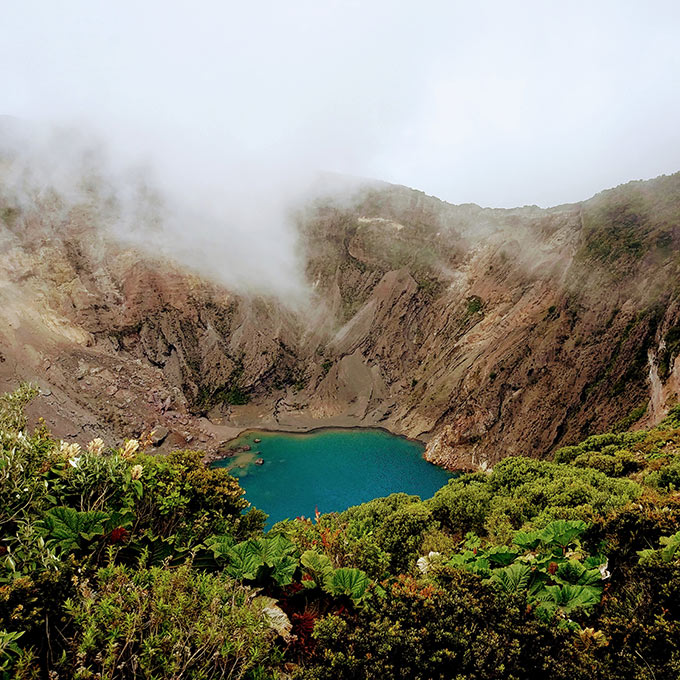 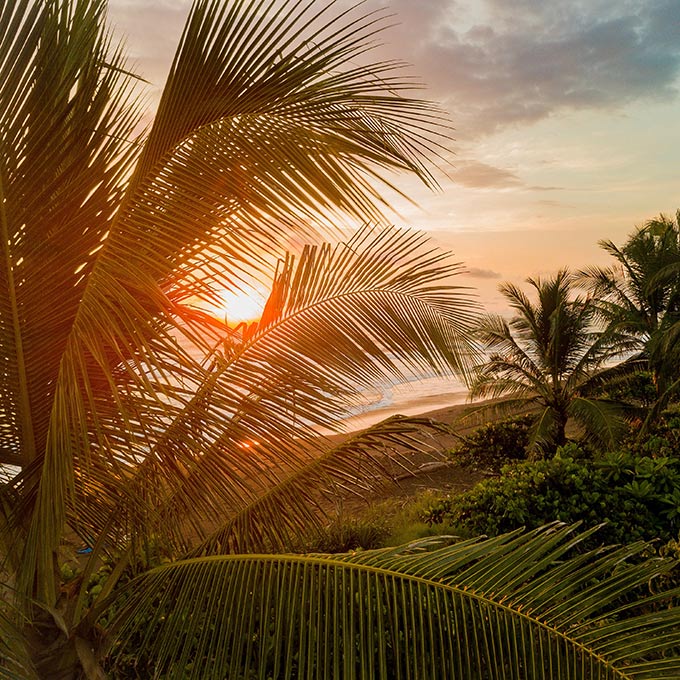 Spring is a great time to head out and enjoy the breathtaking nature of Costa Rica. The country is still green, and the weather ranges from seventy to ninety degrees. As you move further into the dry season, you’ll find that some spots are pretty dried out.

Spring is also an amazing time for getting outdoors. You can see Poas Volcano without fog and hike the rainforest or surf the seas. Some river levels drop making them too low for rafting during the spring, and some of the trees in the northwest are dry and bare, so check out the specifics of where you’re going.

To avoid the crazy crowds, watch out for spring break rush and avoid Semana Santa (the week leading up to Easter) in March. They are both ultra busy times for travel. The rainy season starts back up in May. The rivers fill up again and you’ll see adorable sea turtles nesting. Don’t miss the leatherback sea turtles taking to the Caribbean! The rising water also makes for major swells for surfing from the spring through October.

As the weather cools off, you’ll start to see fewer tourists, so it’s a good time to find low prices and wide-open spaces. 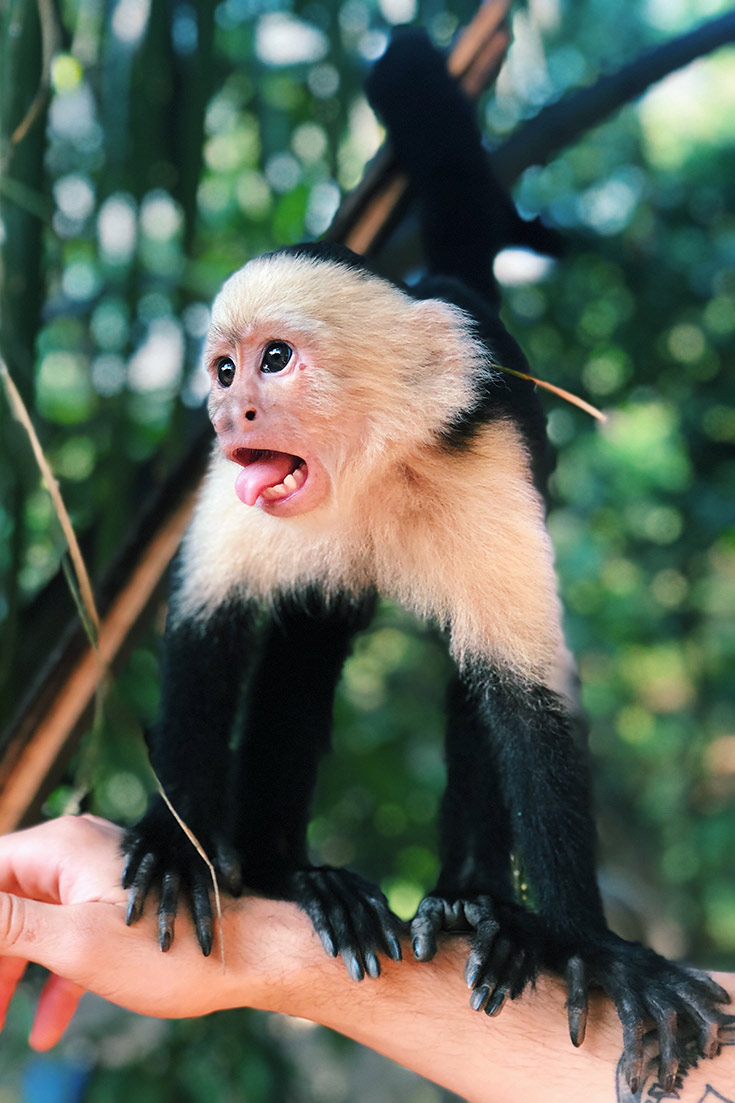 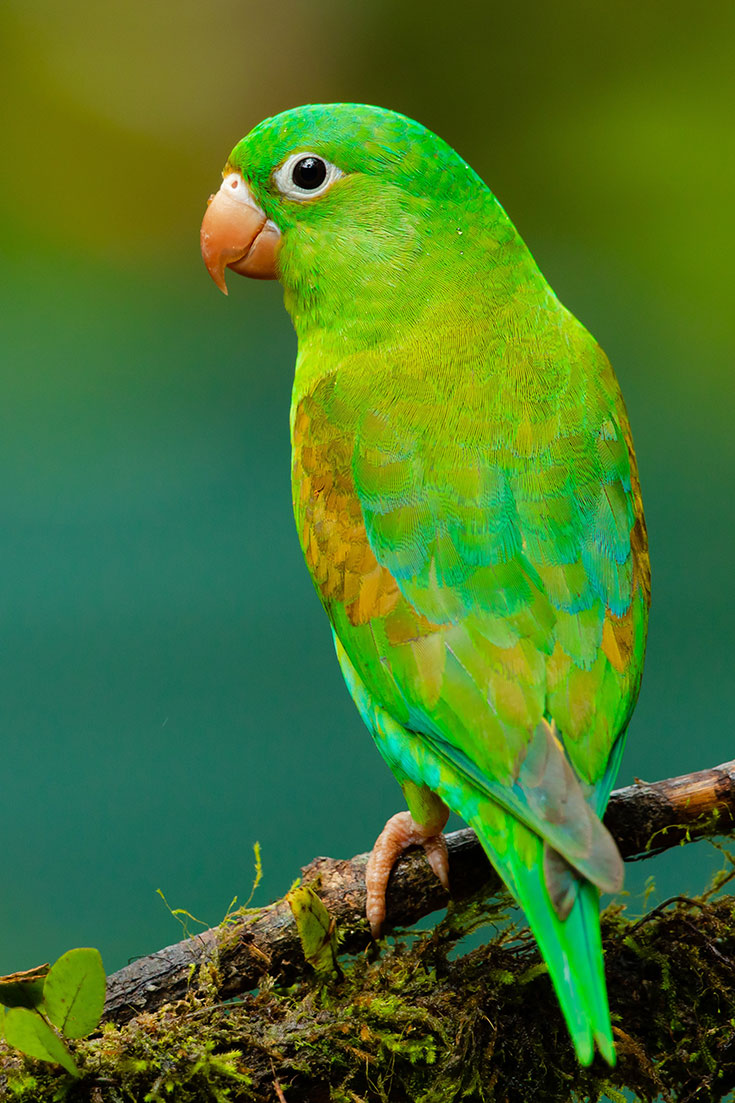 Summer is still an off-peak time, but you’ll find that the rain is letting up a bit. You’ll see some quick afternoon showers, but generally, it’s pretty nice.

The heart of summer is the best time for rafting and waterfall rappelling; this is the perfect season for outdoor adventurers. Be sure to head out to Golfo Dulce to see the sea turtles and Antarctic humpback whale pods. The end of the year is the wettest time on the Pacific side. While you’ll see fewer showers over on the Caribbean side, it’s generally still pretty gray weather.

You’ll find one of the best events of the year here in October. The Limon Carnival is a twelve-day street party, which celebrates Costa Rica’s Afro-Caribbean Culture. It’s worth the gray skies to party it up Costa Rican style.

Although the weather isn’t the greatest, winter is the cheapest time to go, and you’ll see the fewest tourists. That is until the holidays come around. The travel season briefly comes into full swing at Christmas and New Year’s Day, as people come from all over to live it up.