Does anything come to mind when you think of Hungarian food? Goulash, perhaps? Heading to Hungary soon and not sure where to sure start? Well, you’re going to want to come hungry to Hungary. 😉

With dishes full of flavor thanks to paprika, bay leaf, onion, caraway, coriander, and other spices, once you try your first bite, you’re never going to want to stop eating. While I explored Budapest, I got to sample some of Hungary’s best offerings…and my goodness!

Let’s dig in and explore 10 local foods to try in Hungary!

Gulyas or goulash is easily the most popular Hungarian dish, in fact, it’s one of the national dishes of the country! The dish is a soup or stew of meat and veggies that is typically seasoned with paprika and other spices. It’s the perfect meal for a cold Hungarian day. 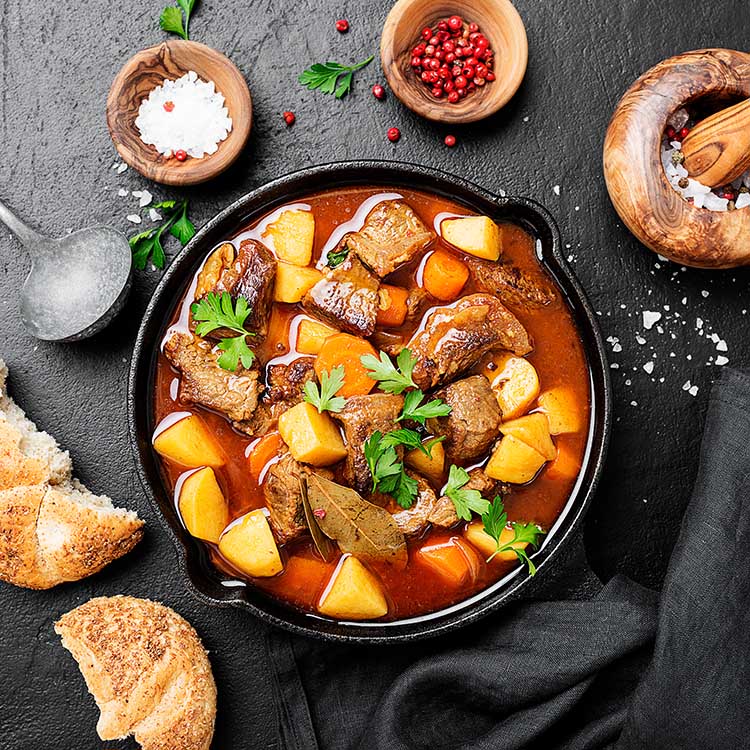 If you’re looking to immerse yourself in a true paprika-heavy dish, this is the one for you.

Named for the spice that is commonly used in the country, this dish consists of chicken covered in a paprika sauce along with a sweet or sour cream. Also known as chicken paprikash, it’s a chicken dish that is served with dumpling-like boiled egg noodles aka nokedli. 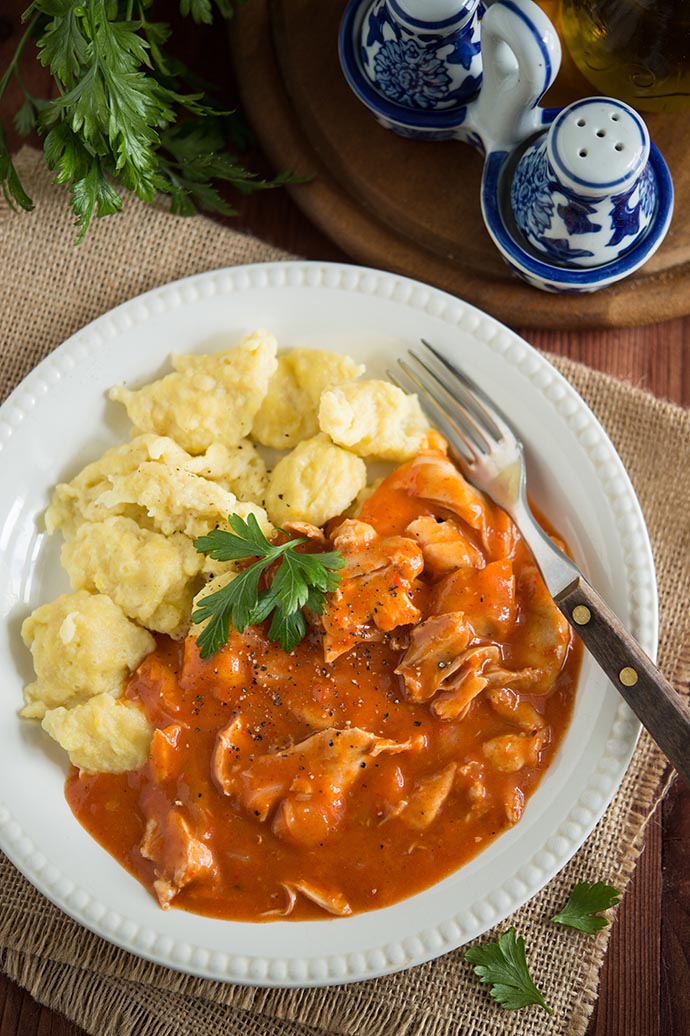 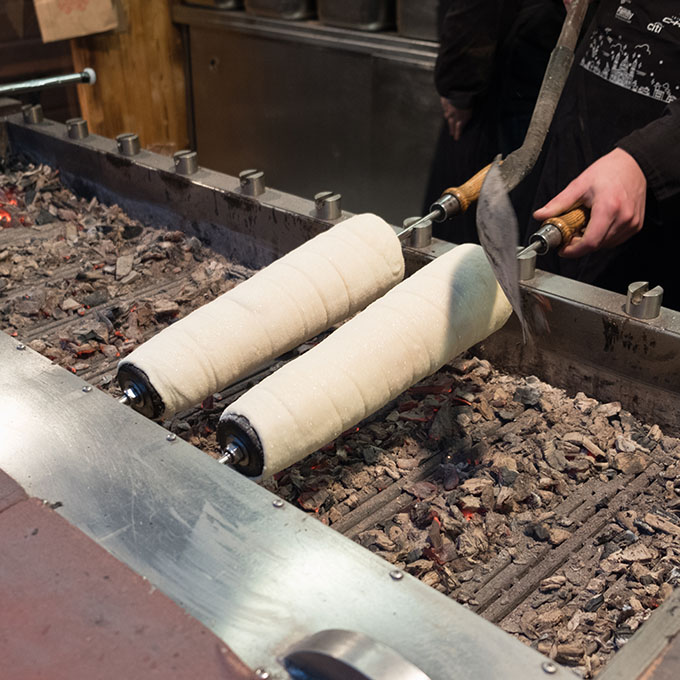 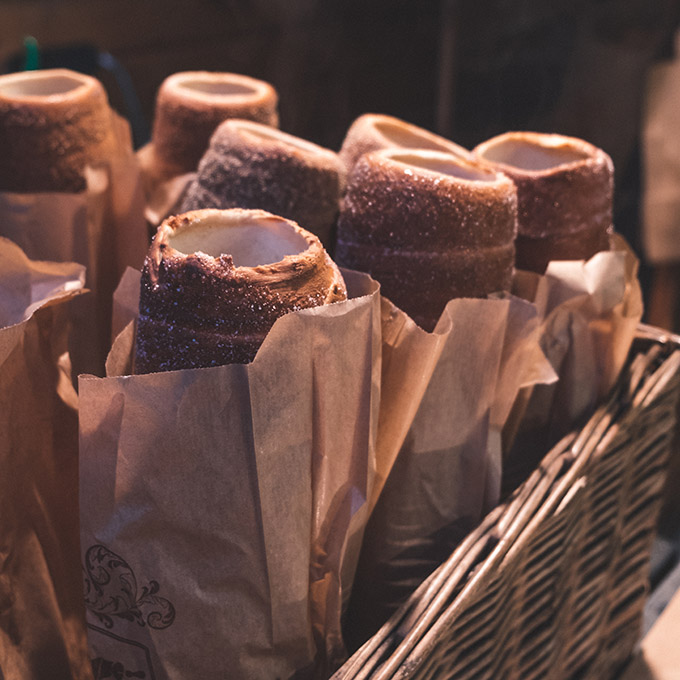 Sometimes known as chimney cakes, these cakes are a sweet dough that is shaped into cylindrical spirals and baked over charcoal before being coated with powder sugar, cocoa, nuts, coconut, or cinnamon. This unique pastry is very popular at weddings and Christmas markets.

Halászlé aka fisherman’s soup is a hot, paprika-based river fish or carp soup. With its generous amount of paprika used, it’s arguably one of the hottest dishes native to Europe.

Think you can handle the heat? 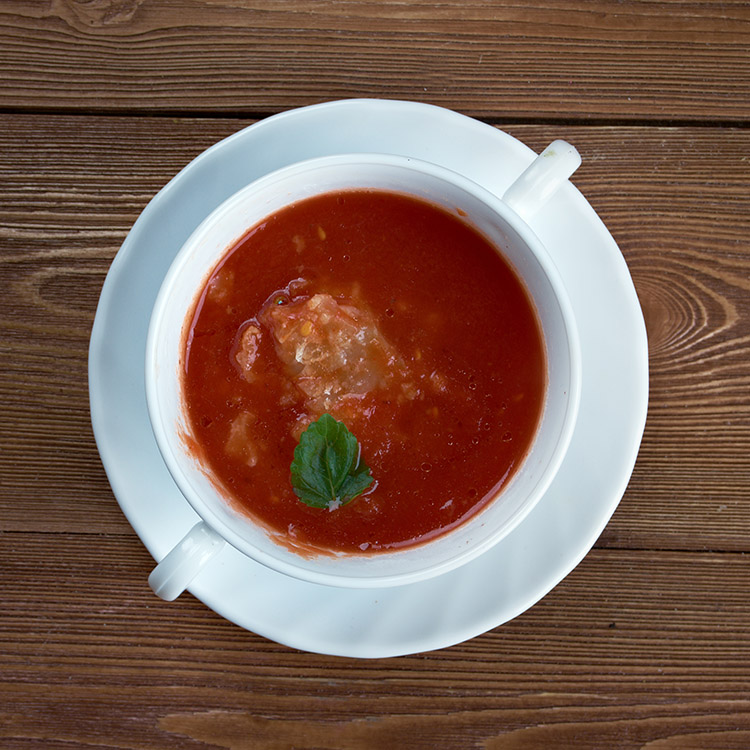 What would a trip to Hungary be without some strudel?

Retes are strudel-shaped pastries filled with a sugar paste of apple or cherry. This Hungarian cake is just the right amount of sweetness and is used in every celebration in the Hungarian lowlands. 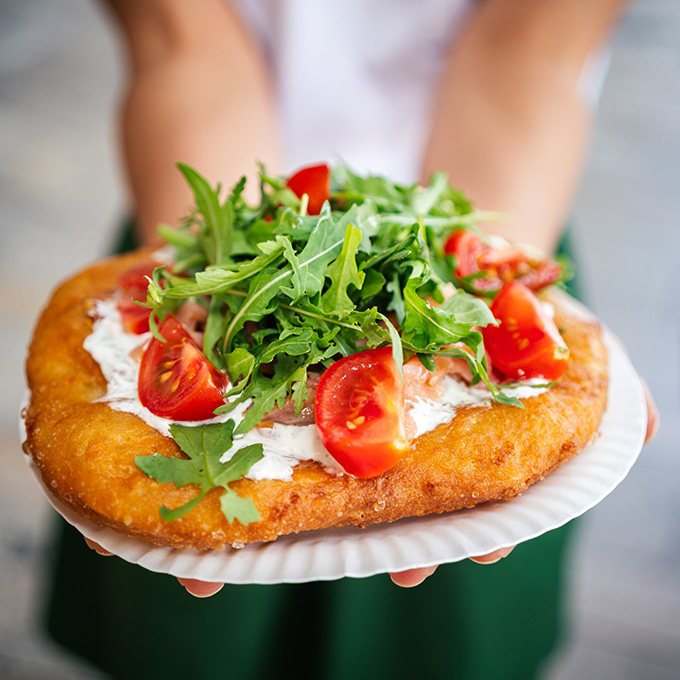 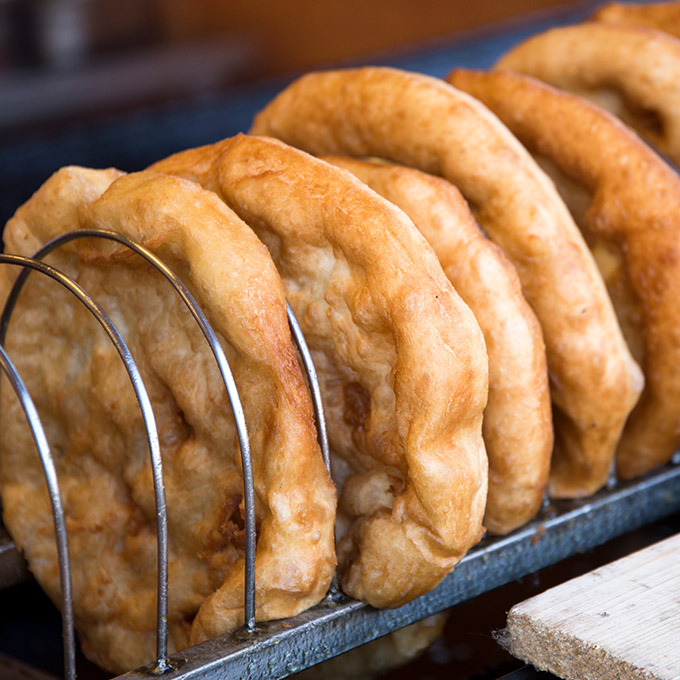 Langos is a common street food found in Hungary. The deep-fried dough is similar to pizza except for the fact that rather than baked, it is fried in oil. Many people choose to add sour cream, yogurt, or mashed potatoes to the dough to create different variations. It can be topped with sour cream and cheese or simply just garlic and butter.

This classic Hungarian dessert is a sponge cake made up of several layers of cake and custard that is then studded with raisins and soaked in either rum or sweet wine. The traditional way to present this dish is to scoop three balls of cake onto a plate and then garnish with whipped cream and some chocolate sauce. 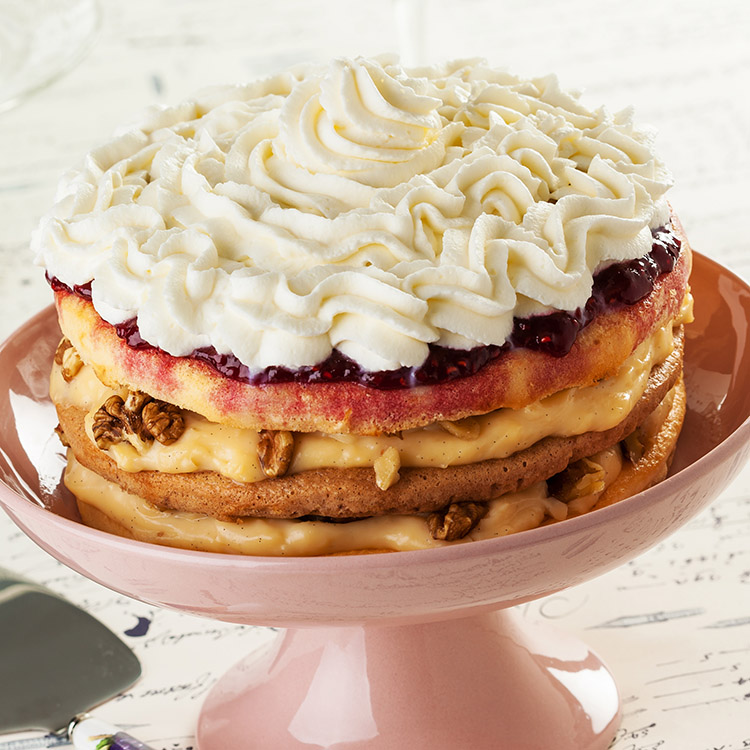 Crepes are extremely popular throughout Europe and it’s no different in Hungary.

Palacsinta (or palatschinke) is a thin pancake similar to the French crepe. They are traditionally rolled with apricot, strawberry, or plum jam and then sprinkled with powdered sugar. You might also find variations with Nutella, apple sauce, or thick fruit jams. 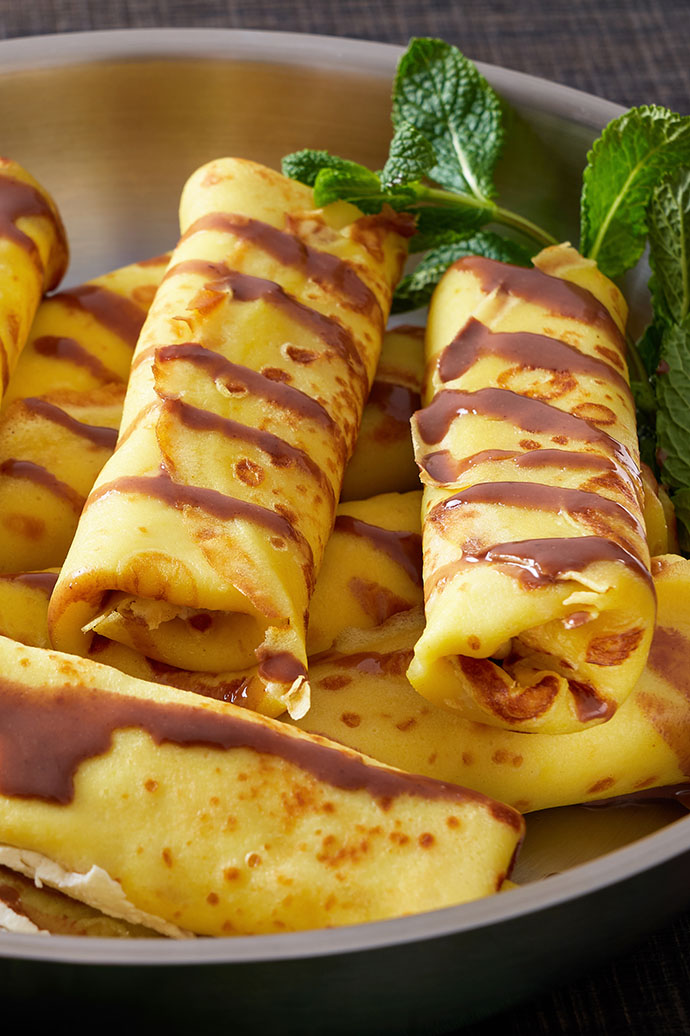 There is an old saying in Hungary that dates back to around the 17th or 18th century—“Meat and cabbage are the coat of arms in Hungary,” and there’s a good chance it’s talking about this dish of stuffed cabbage.

Although this saying is not used anymore, it still holds true. Cabbage rolls are one of the country’s national dishes and were served to the wealthy and poor alike. The cabbage is stuffed with a mix of flavorful onion, minced pork, rice, and plenty of seasoning and topped with sour cream.

If you’re a pasta lover like me, you’ll love Turos Csusza. Made up of homemade noodles, crumbled cheese, crispy bacon, and sour cream, these cheese noodles are the ultimate comfort food. 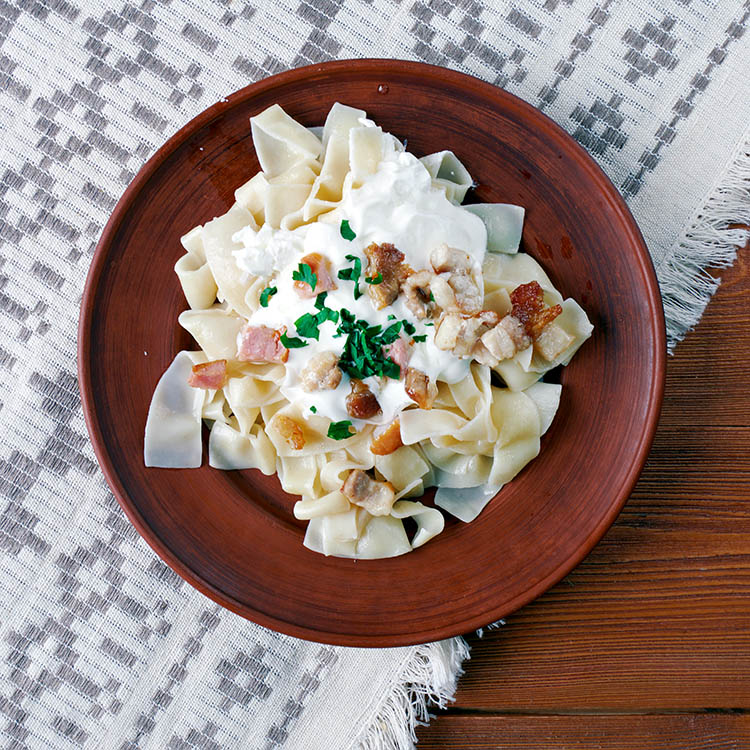 How does a chilled sour cherry soup sound as an appetizer or a dessert? On warm summer nights, Hungarians indulge in Meggyleves to help cool off. Whether you choose to sip on this before your main entree or after a big meal, the sour cherry soup is not to be missed!

Hungarians take their dessert very seriously and while wandering the streets, you’re likely to find bakeries filled with trifles with cream and layered pastries. Some other popular ones I didn’t mention earlier include Dobostorta, Gerbeaud Slice, and Esterhazy Cake (just to name a few!).

Putting this list together already has my mouth watering and has me ready to book another trip to Budapest! Do you have any favorite Hungarian foods?

Happy birthday to my partner in adventure 🥰 •

One year of planting roots 🏡🌱 (SWIPE to see