The birthplace of The Blonde Abroad, Australia will always have a special place in my heart. Exploring the Aussie capital, diving the Great Barrier Reef, and hiking the Outback, I was inspired to start the blog that would change my life. As you wander the art-covered streets and taste the foodie delights of Melbourne, you might just find yourself forgetting about that return ticket. Here's my ultimate Melbourne travel guide with the top things to see and do in Melbourne! 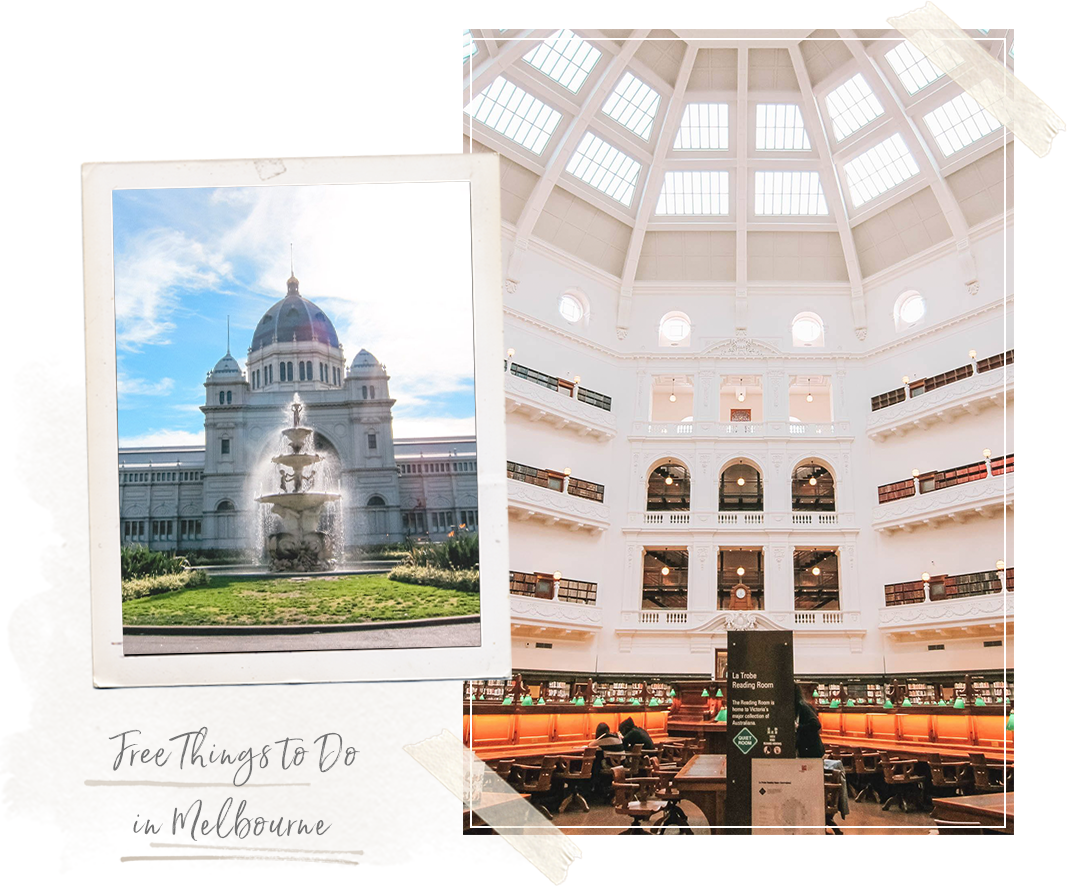 What to Expect in Melbourne

Language: English, mate! As your ears adjust to the sound down under, you’ll also hear a whopping 250+ other languages spoken in this cosmopolitan melting pot.

Currency: Australia uses Australian dollars. As you are pricing, be aware that those Aussie dollars tend to be worth between 0.75 to 0.85 US dollars.

Credit Cards and Banks: Visa and MasterCard are accepted virtually everywhere (with American Express being slightly less common but usable in most spots). Be sure to carry a bit of cash and coin all of the time though for smaller purchases.

Climate: First things first, remember the seasons are different down here. The hottest month is January when the mercury rises to the 80s daily.  Meanwhile, in July, the temps drop down into the 40s.

Best Time to Visit: The weather is relatively nice all year round so it’s not essential to plan around the seasons. That said, I’d recommend March to May or September to November to avoid more extreme temps and crowds of tourists.

Safety: One of the best cities on the planet for solo travel, you can walk around here with no issue. As always, just be aware of your phone and bag to avoid pickpockets.

Getting Around in Melbourne

Walk: Thanks to the lovely weather, walking is a great way to explore the city. I’d recommend using public transport between neighborhoods and then exploring on foot.

Public transport: The City Circle Tram is a free tram that was made for tourists. It’ll take you between all of the top sites and is an ultra-easy way to get around. If you’ll be in town for a few days, get a myki ticket. The same ticket works on all of the buses, trains, and trams.

Uber: Want to just jump in the car and go? Uber is a reasonably priced and easy option here. 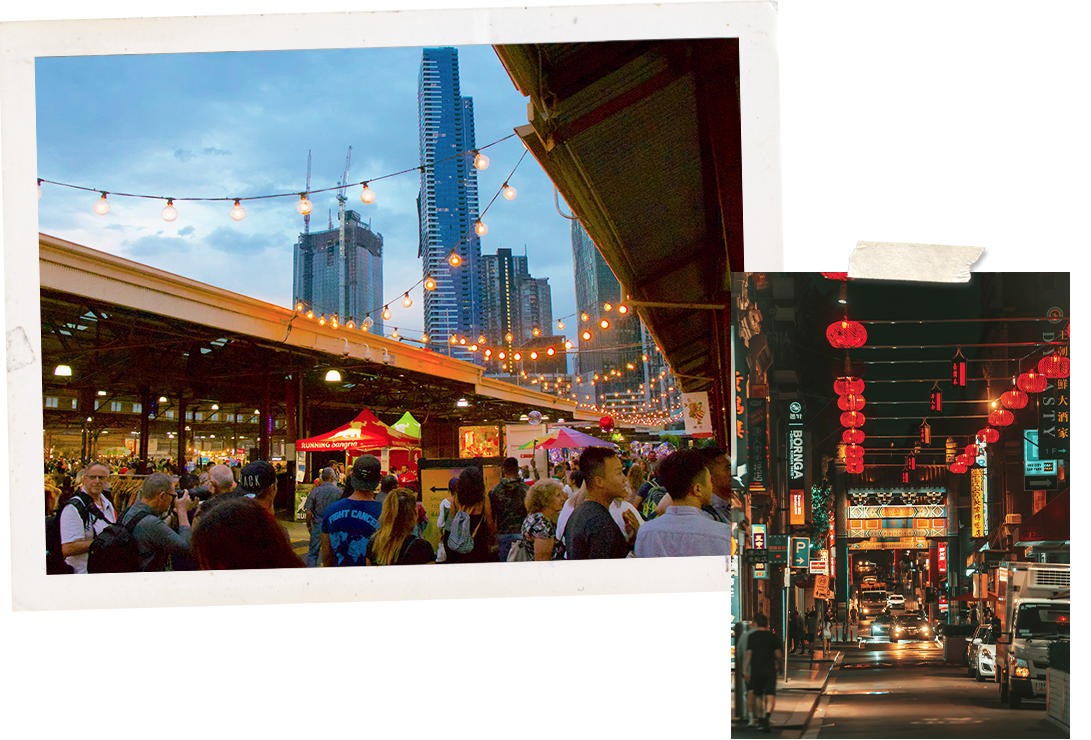 Travel Tip
One of my favorite ways to get to know a city better and mingle with the locals is at a festival. From the International Comedy Festival to Lunar New Year, there is so much to see and do here so plan ahead before you go. 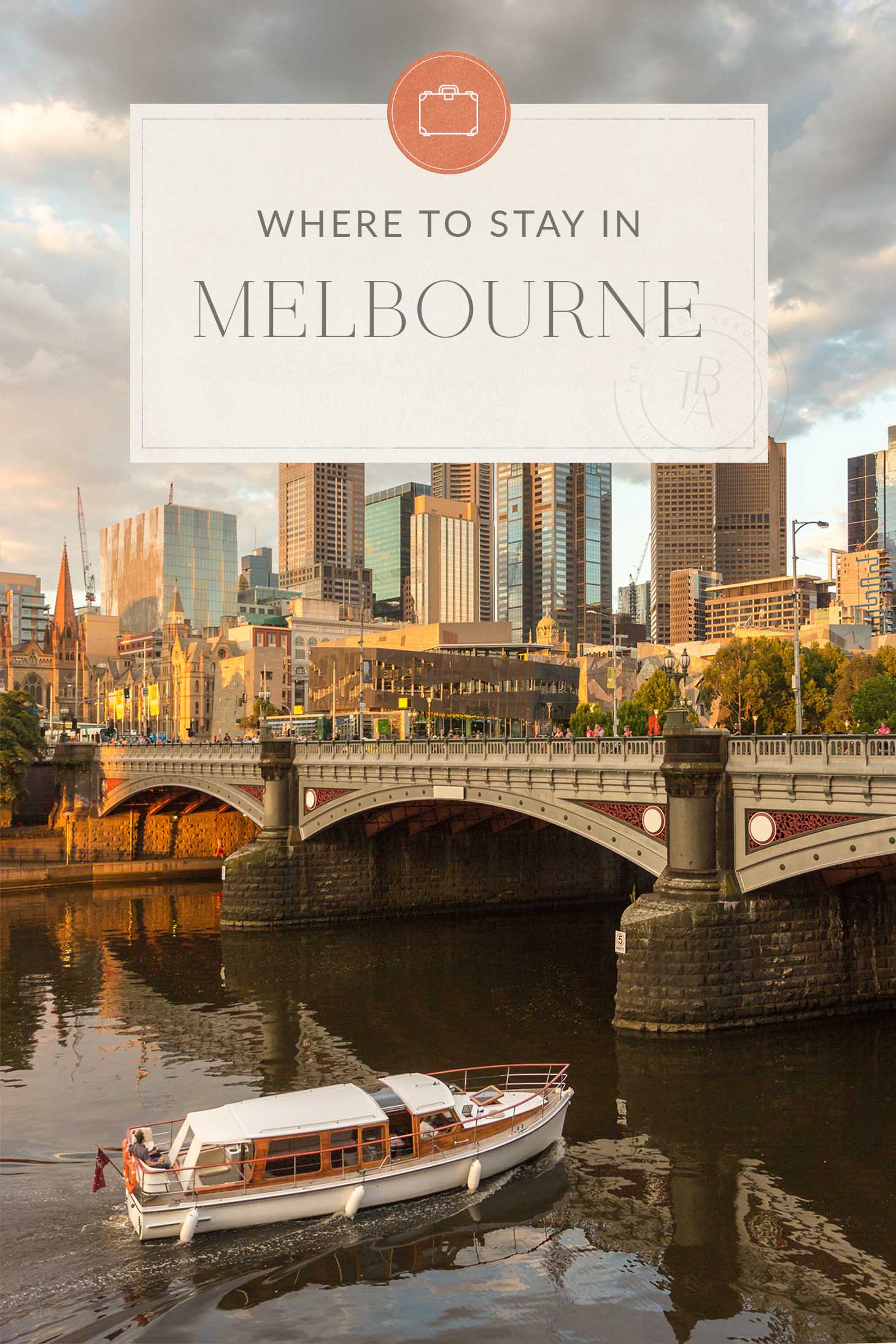 Where to Stay in Melbourne

Melbourne is home to some of the coolest neighborhoods! Here are some of the best places to stay in Melbourne.

Fitzroy: This hipster neighborhood is home to so many of my fave foodie spots. Brunswick Street has some of the best shopping, nightlife, and restaurants so look for accommodation in this area to be in the heart of it all.

Richmond: This vibey area with easy access to CBD and is famous for its cool bars with live music and cozy cafes.

Brunswick: Just 10 min from the CBD, this hipster is packed with vintage shops, wine bars, and other local treasures.

South Bank: In the heart of the city on the iconic shores, you’ll find upmarket restaurants and swanky bars 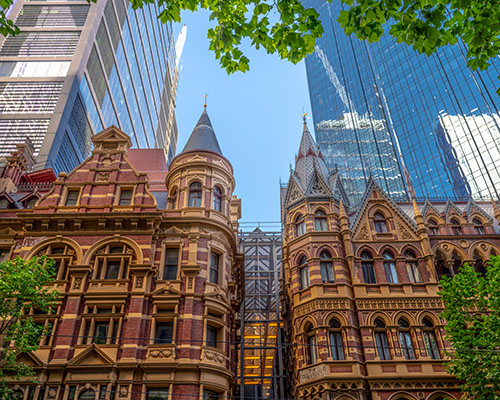 This boutique hotel in the CBD (Central Business District) has an enchanting blend of art deco style and theatrical flair. QT Melbourne is seriously impressive. 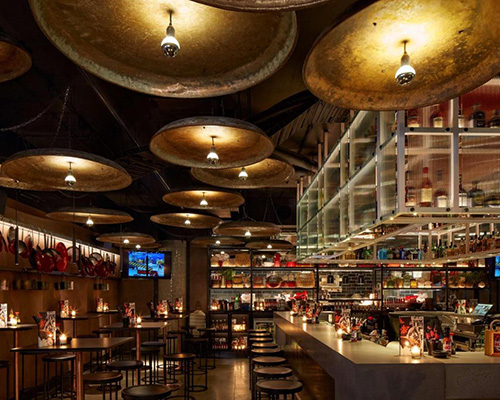 Named the very Best Boutique Hotel in Melbourne, this cool spot impresses at every turn. Located in the heart of the vibrant area of Flinders Lane, Adelphi is a fun and artsy place to hang your hat. 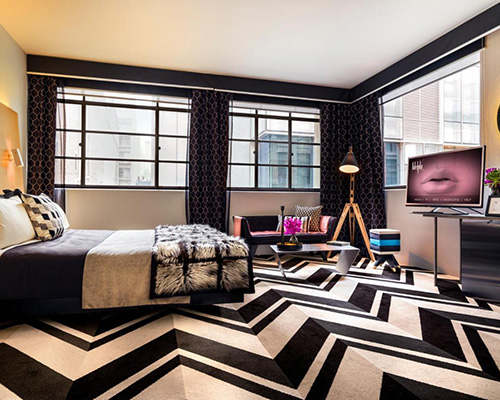 Want to treat yourself? This ultra-luxe option is second to none! Located on the Yarra River, Crown Towers offers sophisticated design and magnificent city views—it rises above the city’s vibrant Southbank and is a true Melbourne landmark. 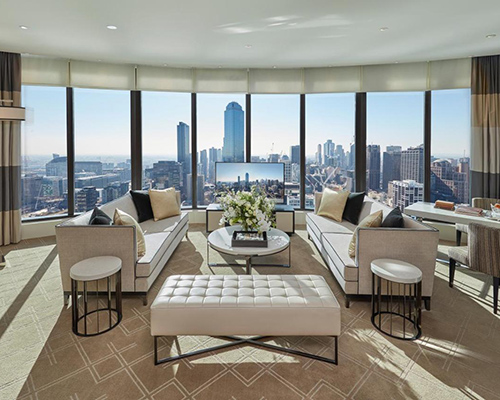 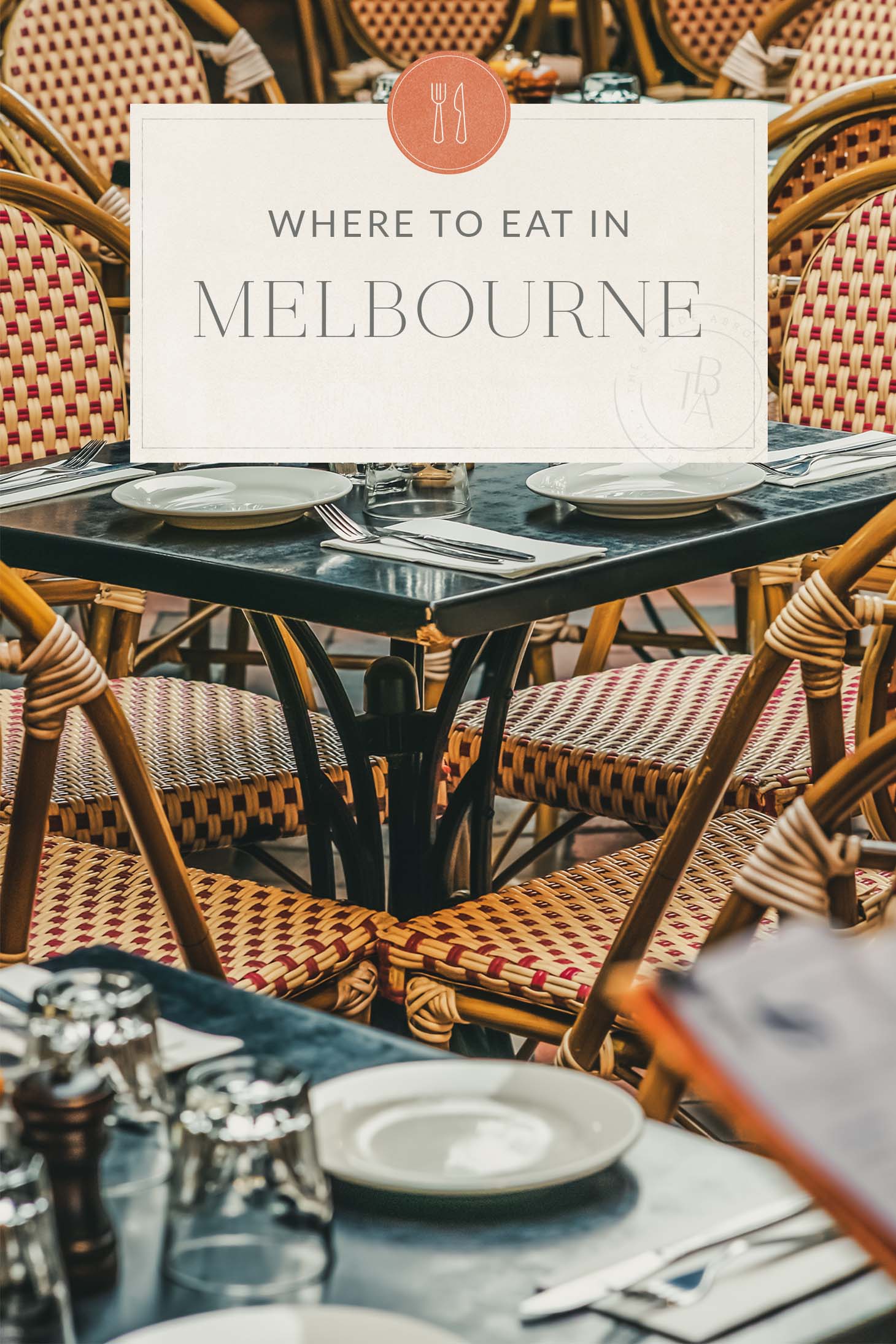 Where to Eat in Melbourne

Inspired by the hawker centers of Southeast Asia, this is the place to go for fusion food and fabulous cocktails. There are a couple of locations in town, and I’d recommend checking out the Fitzroy spot. 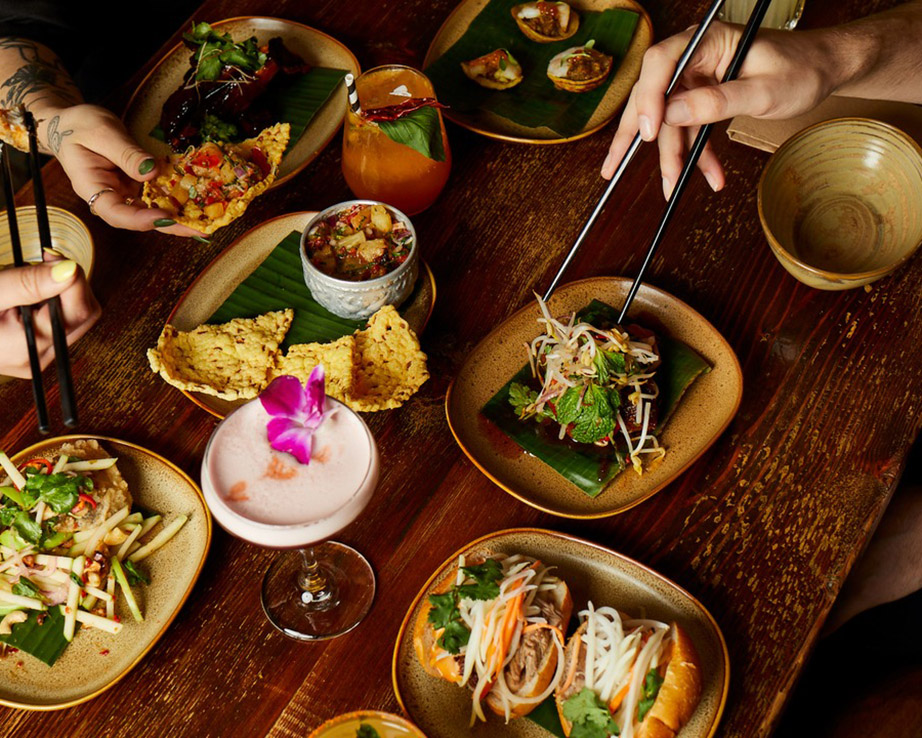 Who needs coffee when you’ve got the famous hot chocolate of this North Melbourne local fave? They’ve also got delicious pastries and truffles!

Famous for their Salmon Nori Taco, this modern Japanese in South Yarra is a must for every hungry traveler.

Mamasita in the CBD

Who says you can’t get good Mexican food down under? Come for dinner, and stay for the margaritas. 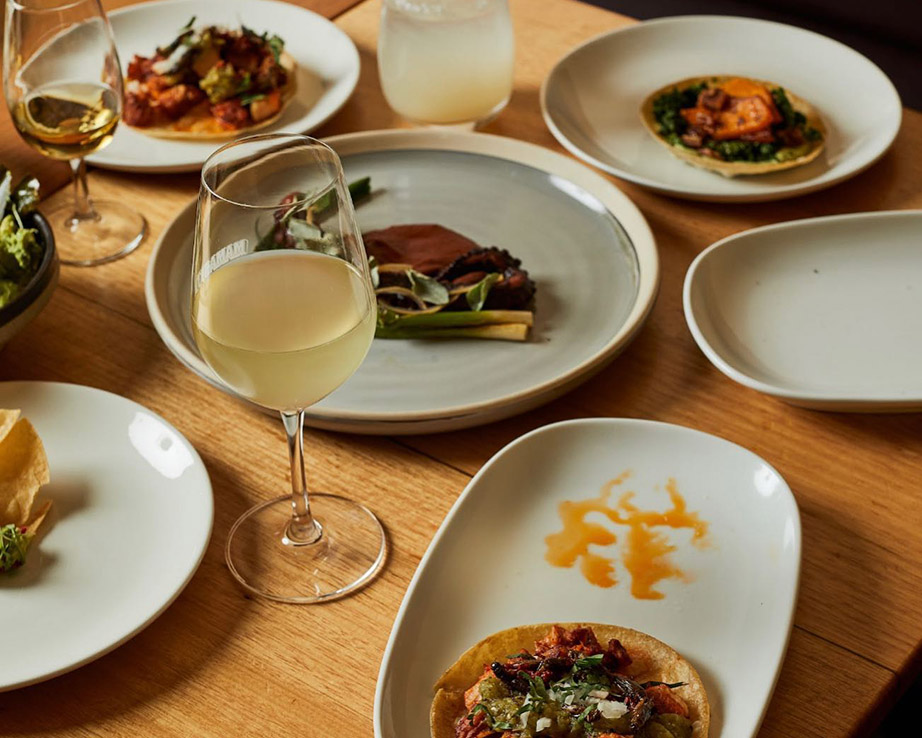 In Carlton North, you’ll find a celeb chef cooking up European delicacies. Definitely a luxe (aka pricey) option but well worth it.

When it comes to Asian food, you’ll be spoiled for choice in Melbourne but this one still manages to stand out.

Chin Chin in the CBD

Another incredible modern Asian eatery that impresses with every bite! 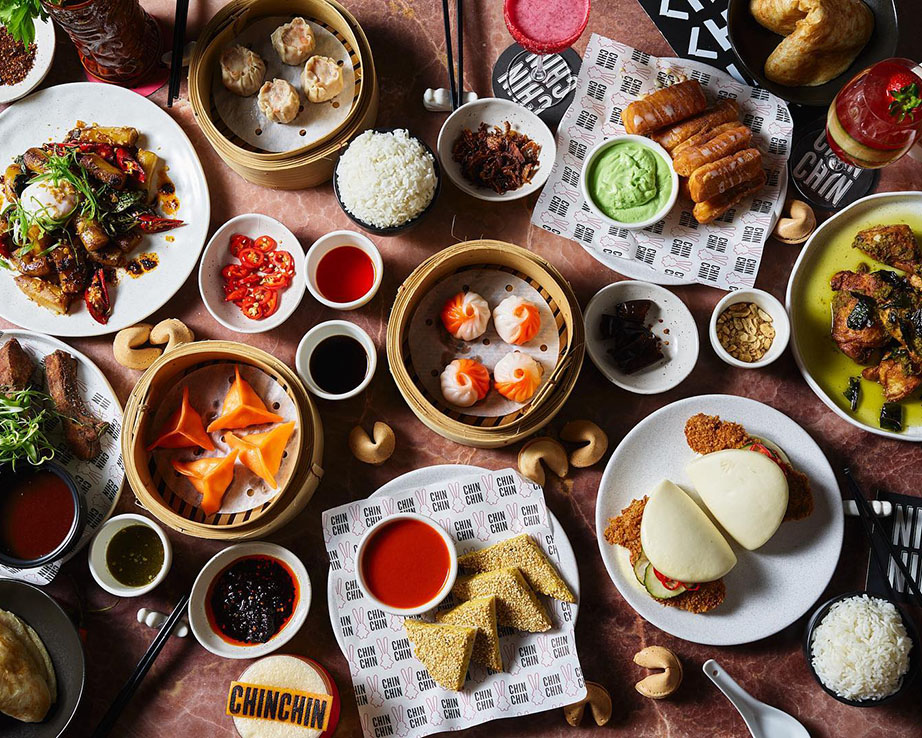 For cheap Malaysian eats that’ll fill you up, this restaurant in Flemington will be an instant fave.

Famous for their craft beers and in-house vodka inclusions, this Fitzroy hotspot is the place to be. And be sure to try their espresso martinis, the “it drink” of the city.

In North Melbourne, this cozy spot dishes up the most authentic Italian food in the city. It’s a family-run eatery that’s been open since the 1950s. 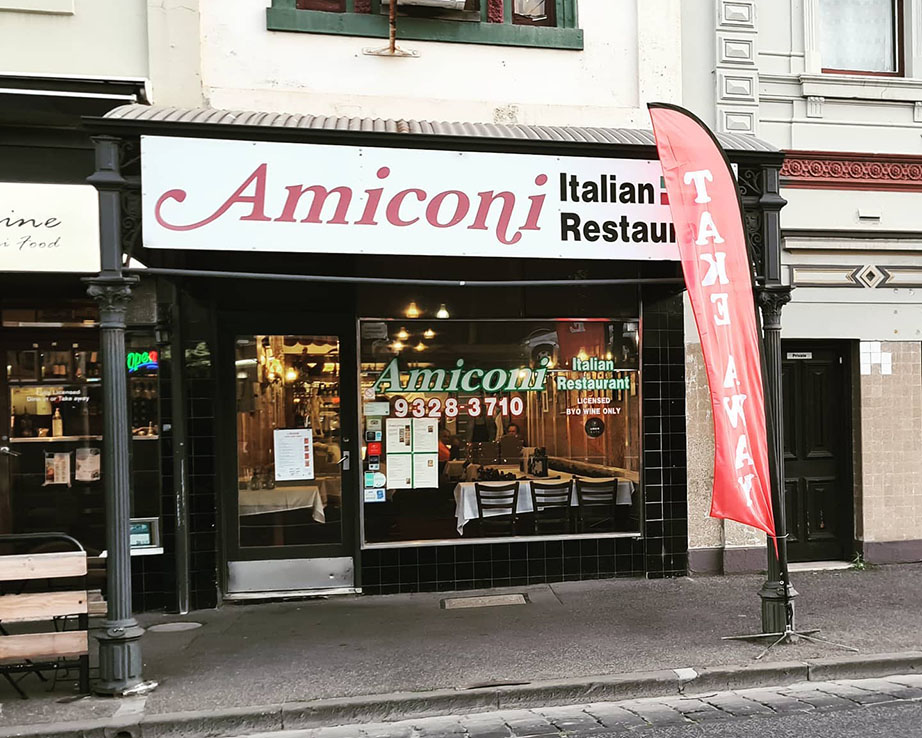 Speaking of amazing Italian food, this gelato shop offers unique flavors at locations all over town. 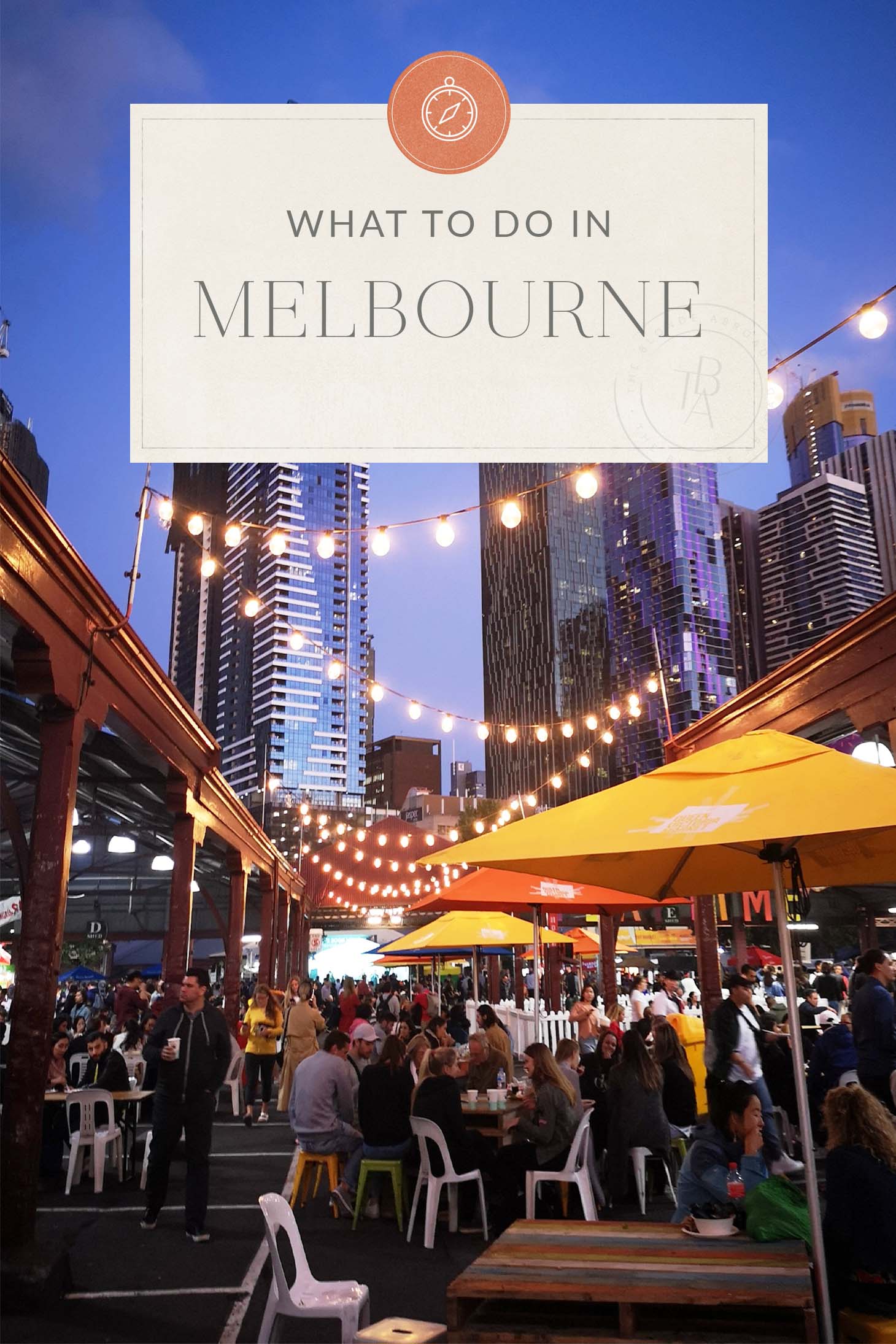 What to Do in Melbourne

Known for being a truly hip city in Australia, Melbourne is famous for its laneways (alleys that have been converted into cool eateries, bars, and shops), as well as their coffee and brunch culture. Here are some of the top things to do in Melbourne!

The Queen Victoria Market is a major landmark in the city; it’s the largest open-air market in the Southern Hemisphere. Check dates for seasonal happenings like their summer night market.

Melbourne is famous for its hip laneways and arcades. You could spend countless weekends exploring them all. Start with AC/DC Lane and Degraves to find some of the best hole-in-the-wall restaurants and watering holes. 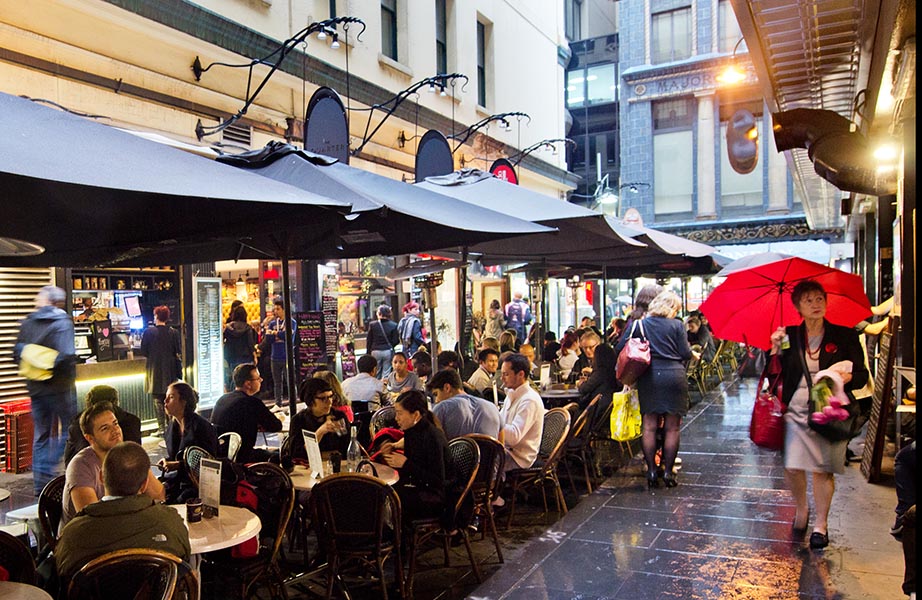 This is a great way to see the main sights of the city in a couple of hours. Book a walking tour with local guides and get an insight into the city’s history, culture, and architecture. They work for tips and offer some great insights into the attractions of the city.

Melbourne has fully embraced the bottomless brunch and you’ll see them advertised all over town. While the competition is stiff, I’d say Fargo and House of Lulu White are front runners. 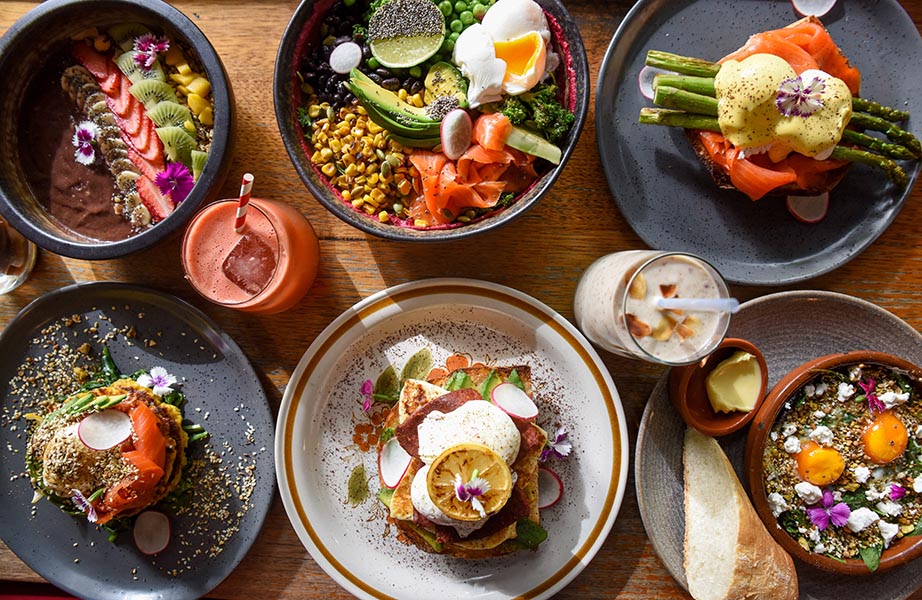 If you are lucky enough to visit during the summer, definitely watch a movie in the Botanical Gardens!

Grab one of the many rental bikes and cycle along the South Bank for a perfect afternoon out.

The Great Ocean Road is an Australian National Heritage listed stretch of road along the south-eastern coast. To drive the stretch and back from Melbourne, you’ll want to dedicate an entire day. Seeing the “Twelve Apostles” is a highlight of this coastal stretch. 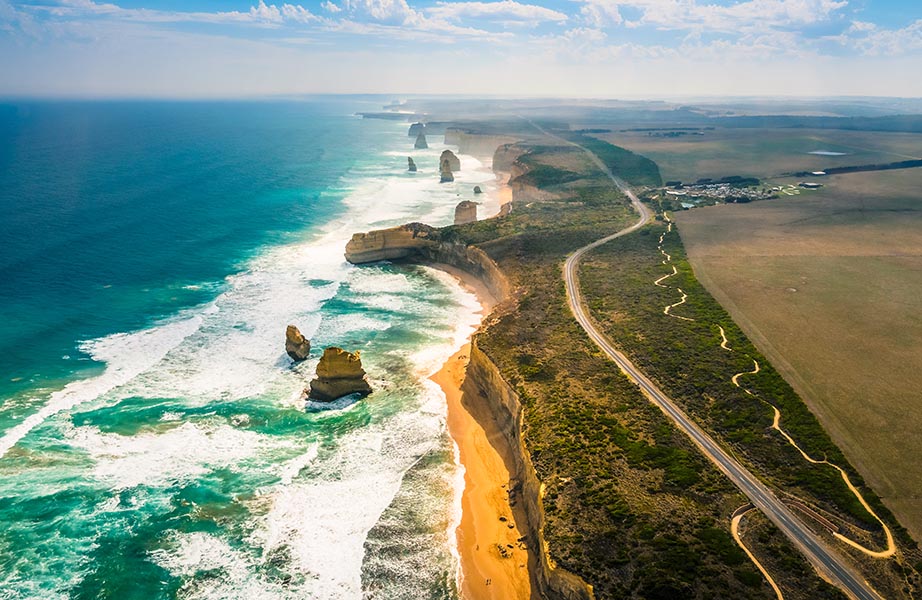 Stop by the Piedemontes Supermarket in Fitzroy for essentials then have a picnic.

Explore the lovely town of Sassafras then hike the forest. Once you’ve worked up an appetite, be sure to stop by Miss Marple’s Tea Room for tea and scones.

While coffee culture shines in Melbourne, there are some seriously cool places for cocktails. Here are a few faves:

SkyBus: There is 24/7 service to the center of Melbourne City. The trip takes around 30 to 45 minute, depending on traffic. When you arrive, head down to the ground level of T2, and you’ll see the SkyBus booth where you can buy tickets and get info. Note: You will find public transport options at the Terminal T4 Car Park, but they’ll take quite a bit longer than the SkyBus so I generally wouldn’t recommend unless you’re going to a location a bit of the center of the city. Taxi: Got too much luggage to deal with the bus? You’ll find taxis between T2 and T3 as well as right outside of T1. The trip usually takes just over 30 minutes, and will cost somewhere from 55 to 65 Australian dollars, depending on the time of day. 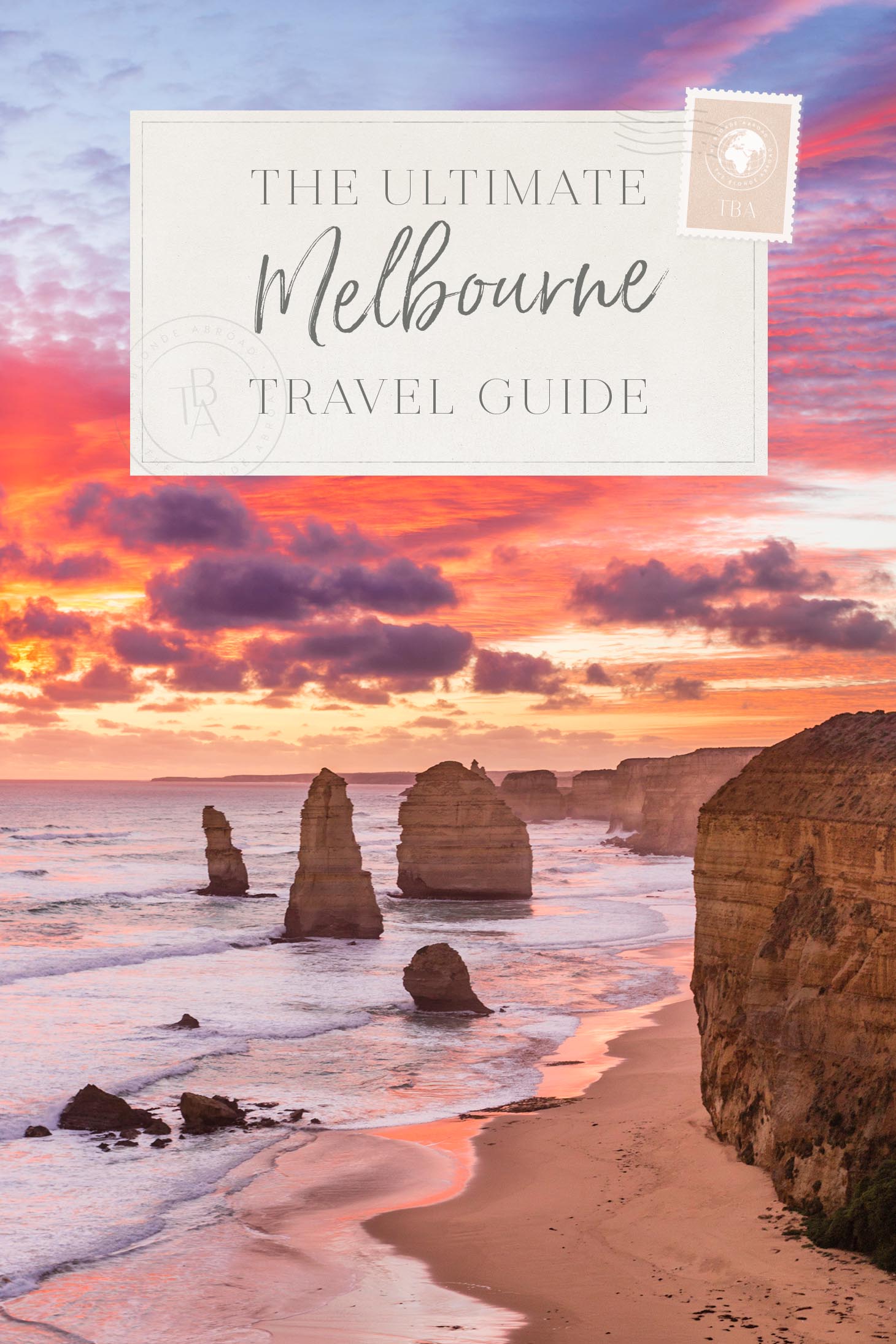 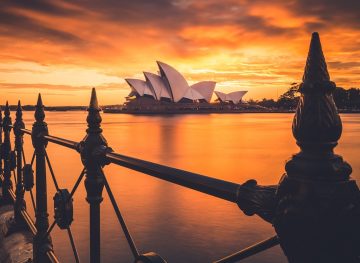 I spent nearly 2 months living on the East coast of Australia and visiting everywhere from The Great Barrier Reef, the Outback, to the city of Melbourne. 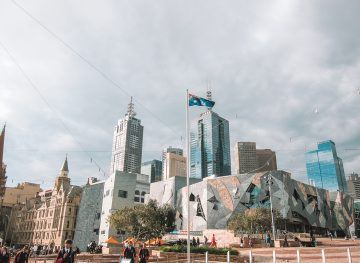 15 Free Things to Do in Melbourne

This list of my favorite things to see and do by foot in Melbourne is perfect for anyone visiting on a budget. Here are 15 free things to do in Melbourne! 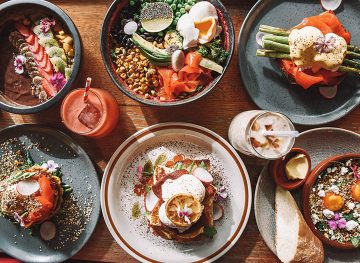 The Best Places to Eat in Melbourne 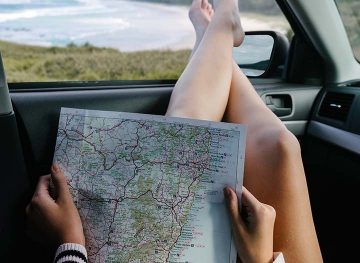 10 Tips for Your First Trip to Australia

From the otherworldly landscapes to the animals to the scuba diving spots...and don't even get me started on the food! Ready for an adventure of a lifetime down under? Here are my top tips for your first trip to Australia! 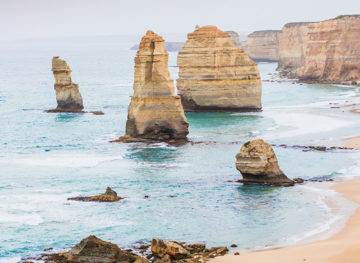 10 Places to Visit in Australia (That Aren’t Sydney)

While Sydney is incredible, there's so much more to OZ! Here’s a list of ten places in Australia that you should visit. 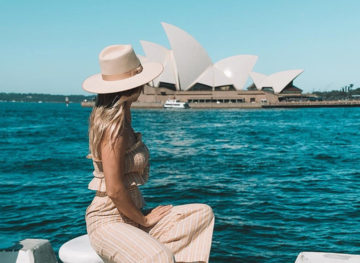 Although the Harbour Bridge is definitely a highlight, there’s so much more you can do. Here are ten of the best places to visit in Sydney! 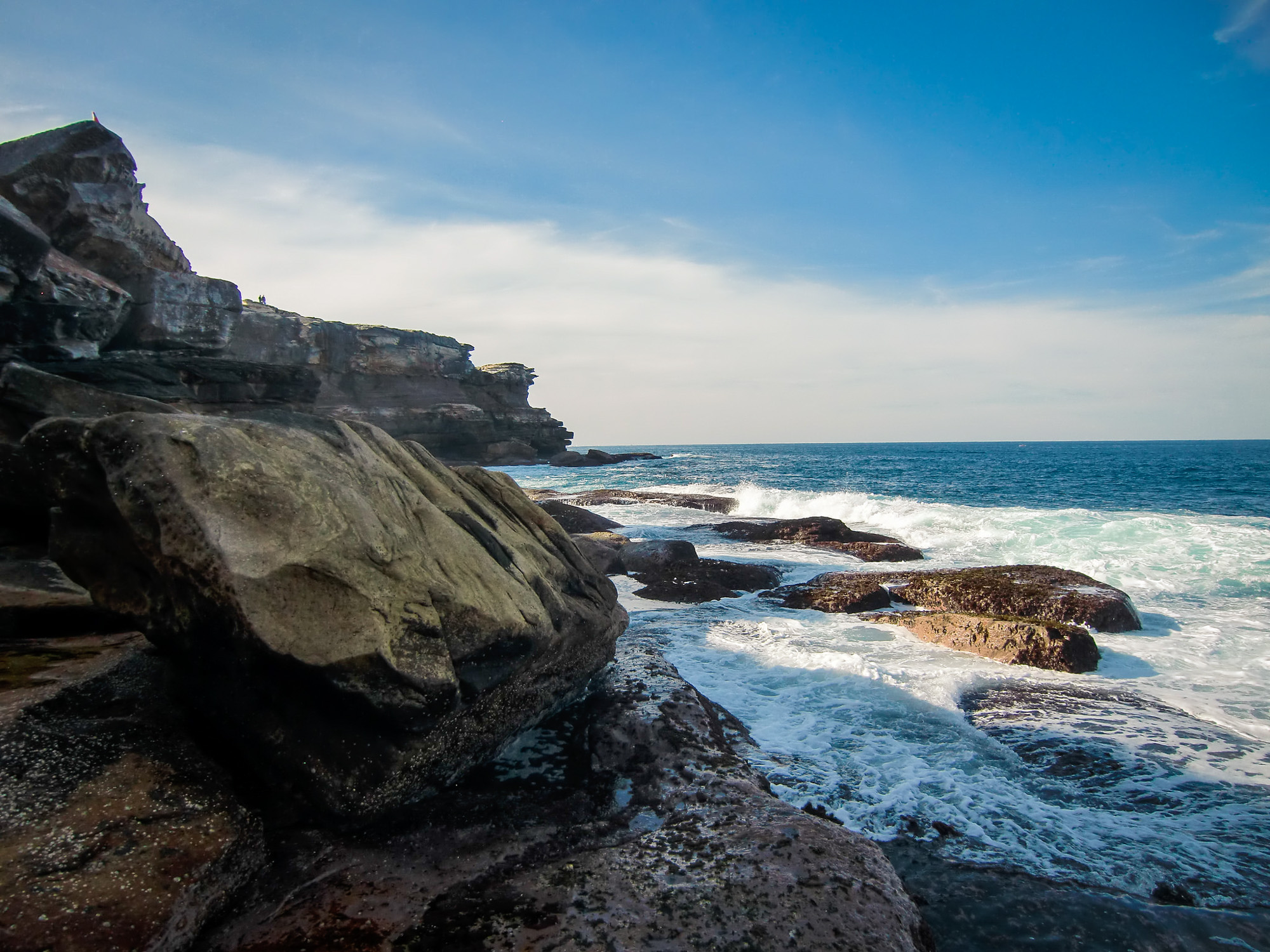 The Best Day Trips from Sydney

Australia is home to expansive and diverse landscapes, as well as busy big cities. If you have some time, consider these day trips from Sydney! 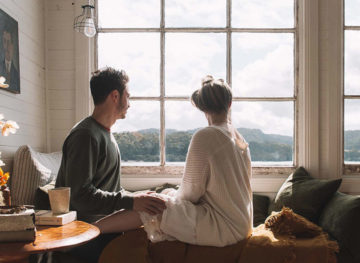 The Top Things to Do in Tasmania

From exploring Hobart to all the wildlife to the gorgeous coast, here are the top things to do in Tasmania! 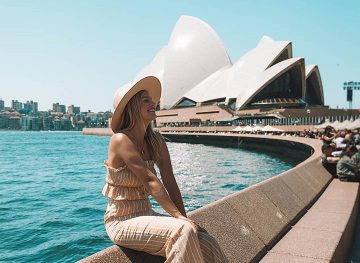 The Ultimate Guide to Working Holiday Visas in Australia

Thinking about spending a year down under? If you're considering a Working Holiday visa I've got all the info you need to know about the requirements and how to find work in Australia!