One of the best ways to travel is to take part in a local festival. Whether it’s a massive musical event like Coachella or Tomorrowland, a cultural celebration like Mardi Gras or a holiday festival such as Dia de Los Muertos or Songkran, it’s a great way to meet people and learn more about the country you’re visiting.

Here’s my guide to some of the best festivals around the world!

The Best Cultural Festivals Around the World

Mardi Gras (also known as Fat Tuesday) is a celebration of food and revelry before the first day of Lent. It’s a final party where you indulge as much as you like before forty days of fasting and abstinence.

The festivities go on for two weeks in New Orleans but culminate in wild bacchanalian parties and colorful parades during the five days around Mardi Gras. Don’t miss out on eating your weight in King Cake, attending the masquerades and keep an eye out for the famous Krewes of the carnival (the private party clubs that organize some of the best parades during the season). 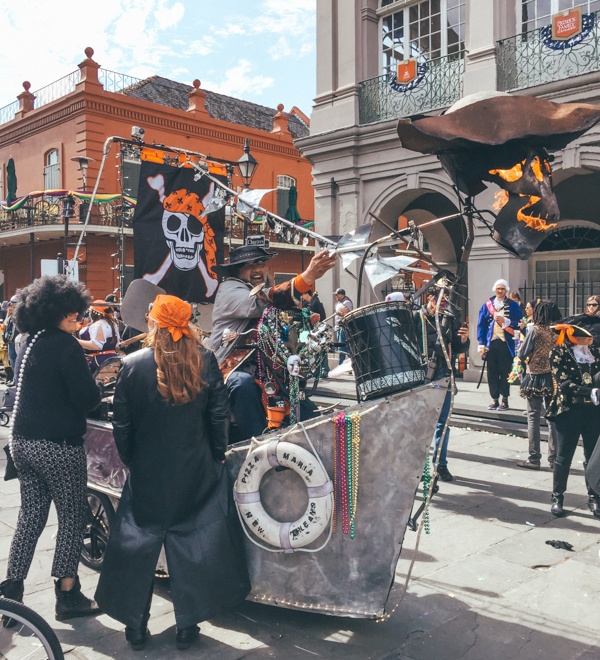 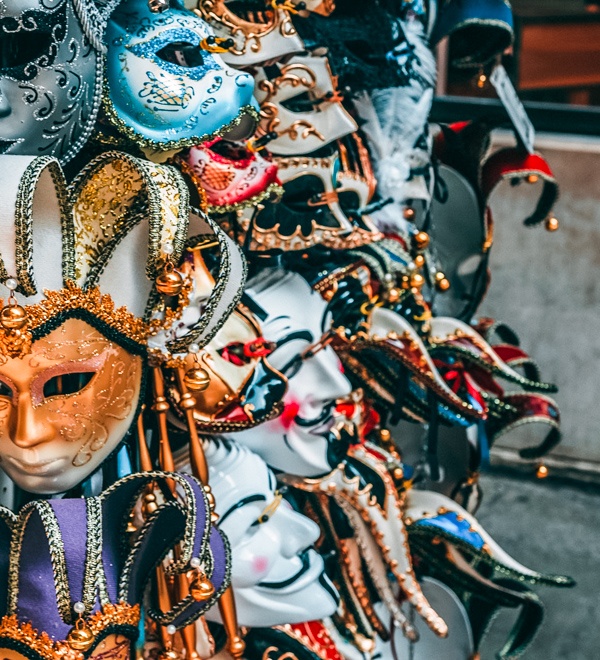 The Rio Carnival in Brazil is the biggest carnival in the world. The event attracts nearly 5 million people each year and tons of people travel from around the world to see it.

The Carnival is held 40 days before Easter, and the highlight of the event is the Samba Parade. The local communities have their own Samba schools, and each one competes against their rivals during the Carnival.

Read More: The Ultimate Guide to Rio in a Weekend 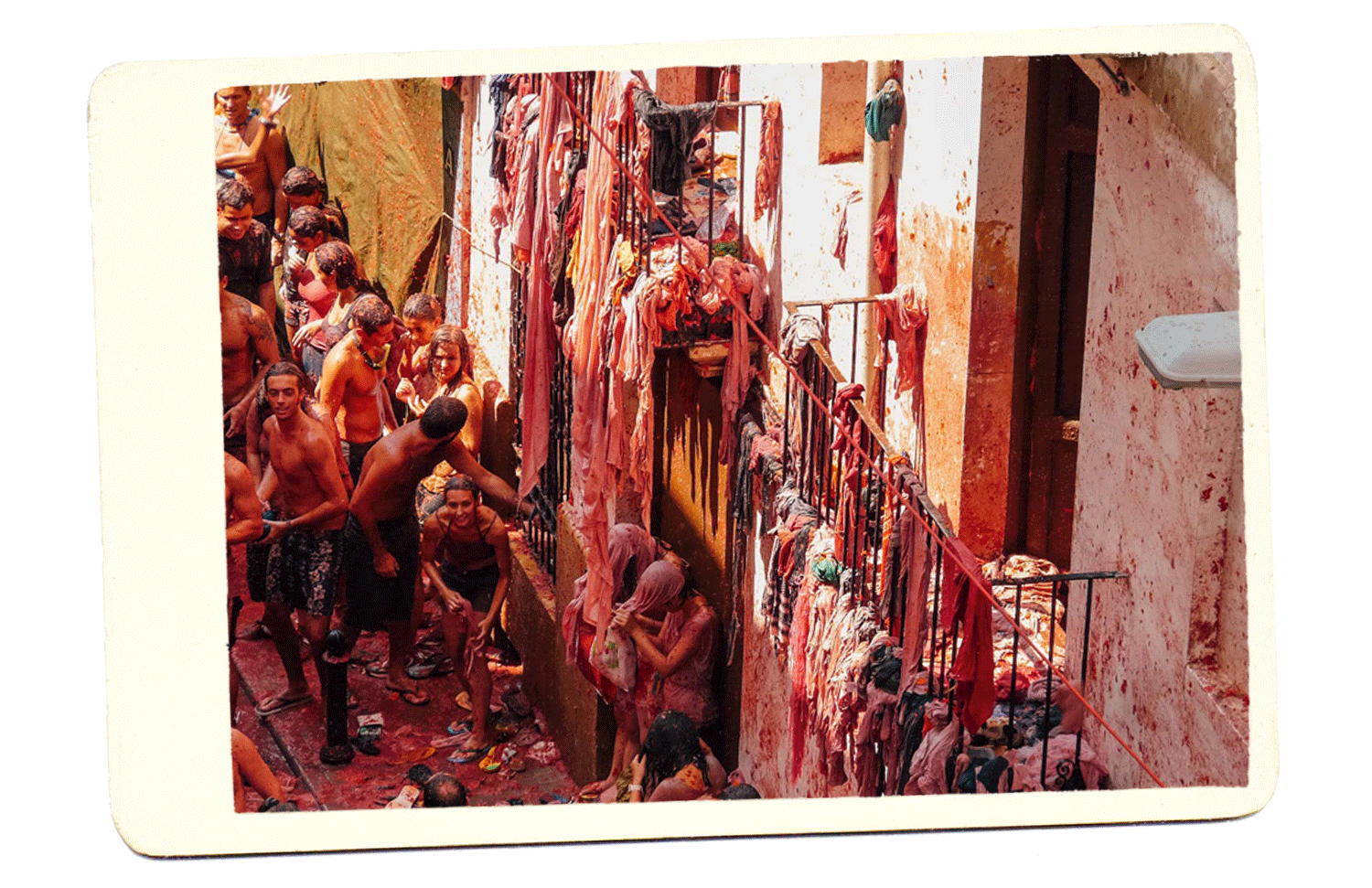 Launched in 1945, Tomatina is a giant food fight. The festival has been held on the last Wednesday of every August for 50 years in the small town of Bunol, Spain.

During the event, the small town swells up to 40,000 attendees who back the streets in anticipation for the dump trucks of tomatoes. The mayhem only lasts for an hour, and you’ll want to smash the tomato in your hand before you throw it so that no one gets hurt. It takes place between late February and mid-March and lasts for a day and a night. People celebrate by drenching each other with water balloons and water guns before covering each other in an array of dazzling colors. 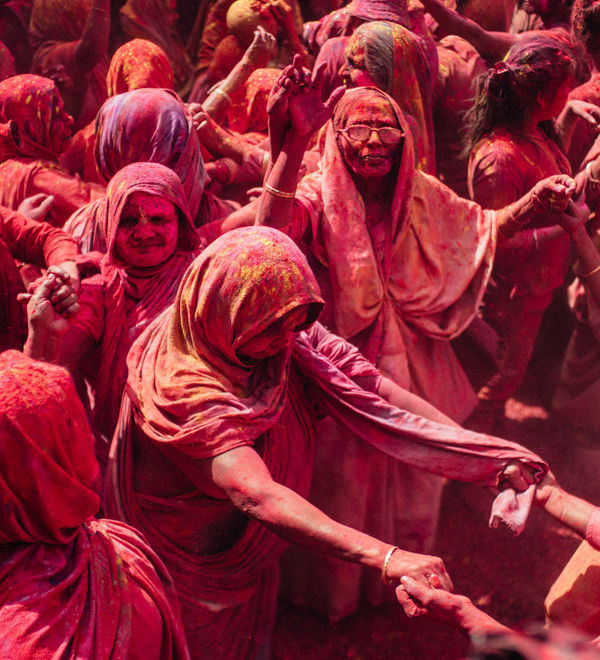 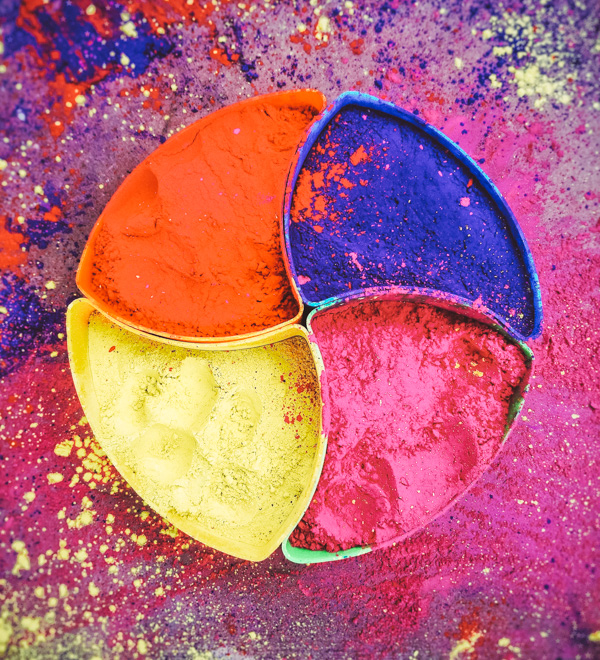 Celebrated on the 15th day of the first Chinese lunar month, the Lantern Festival marks the end of the Chinese New Year. It’s China’s most important festival, and it has been an annual event for the last 2,000 years!

The lighting of the lanterns is the most important part of the festival. The lanterns have a symbolic meaning and are used to pass on blessings.

Whether it’s to wish health for an unborn child or to wish success and happiness for the New Year.

Read More: Ten Tips for Your First Trip to China 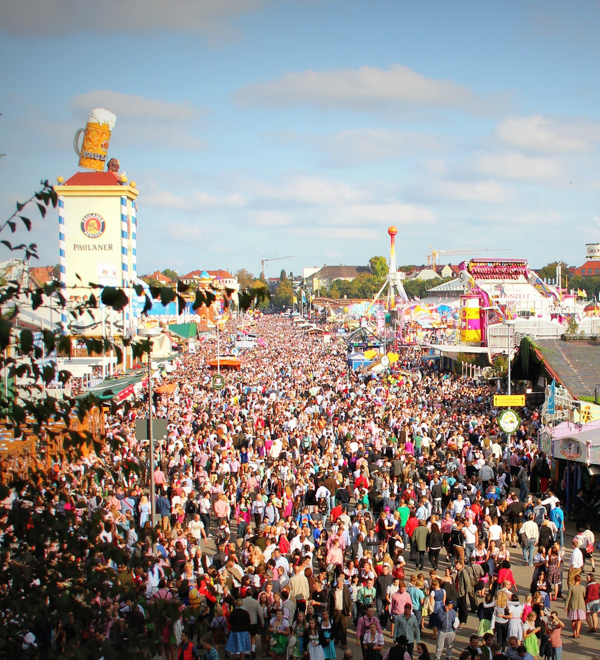 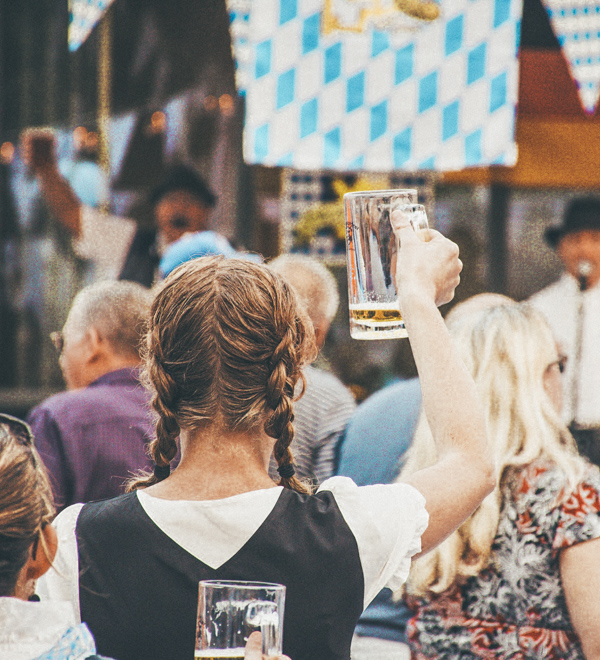 Oktoberfest is the world’s largest beer festival and is held annually in Munich, Germany. The festival takes place over three weekends, and it attracts more than seven million people from around the world.

Historically, the event started as the marriage ceremony between Prince Ludwig and Princess Therese in 1810. Today, it’s one of the biggest annual celebrations in Europe, and it’s famous for its rides, attractions, musical performances and plenty of beer!

I’ve been to four burns in Black Rock City and even got to experience AfrikaBurn in South Africa. While it’s not for everyone, if you’re open-minded, I think it’s an event that you need to experience at least once in your life.

The event attracts over 60,000 people to Nevada’s Black Rock Desert and is all about community, art, self-expression, and self-reliance. With extreme climate conditions and a remote location, it’s not an event that you can attend without proper preparation.

The Beginner’s Guide to Burning Man 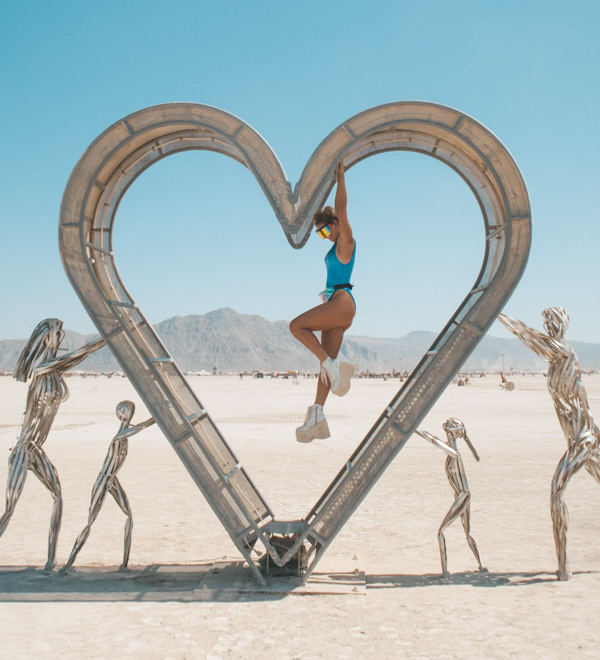 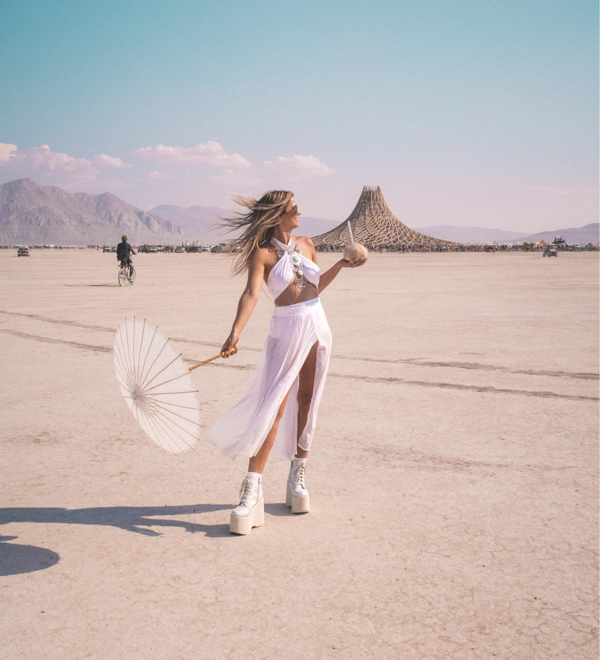 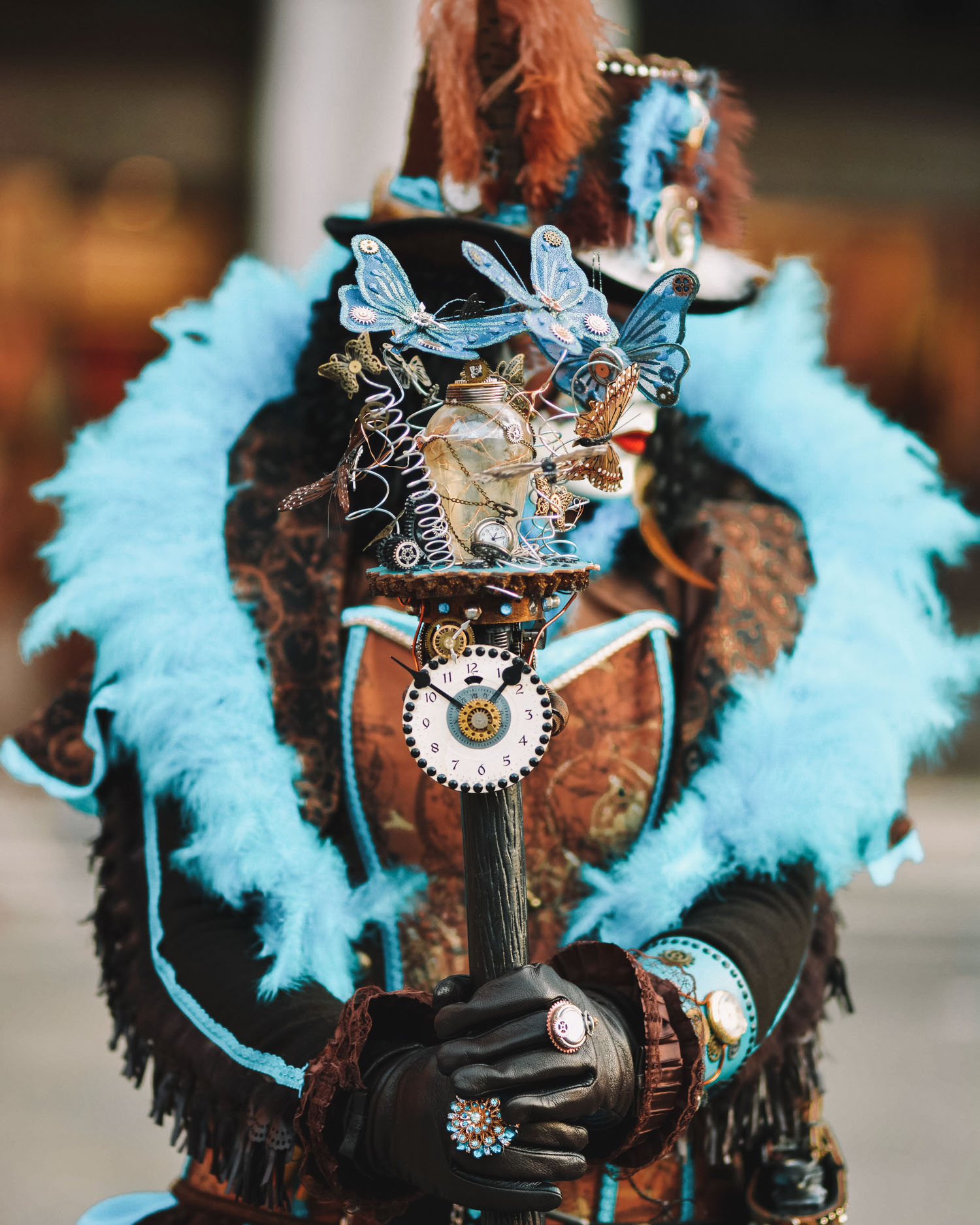 Similar to Mardi Gras and Rio Carnival, the Venetian Carnevale in Italy is a massive celebration before the restrictions of Lent begin. It usually starts two weeks before Ash Wednesday and ends on Fat Tuesday.

The festival is famous around the world for its grand masquerade balls, concerts, markets, and elaborate Venetian masks.

The Best Music Festivals Around the World

Calvi on the Rocks

Calvi on the Rocks is a summer music festival that takes place on the French island of Corsica. It’s a six-day celebration of music with some of Europe’s top DJ’s and bands headlining the festival. 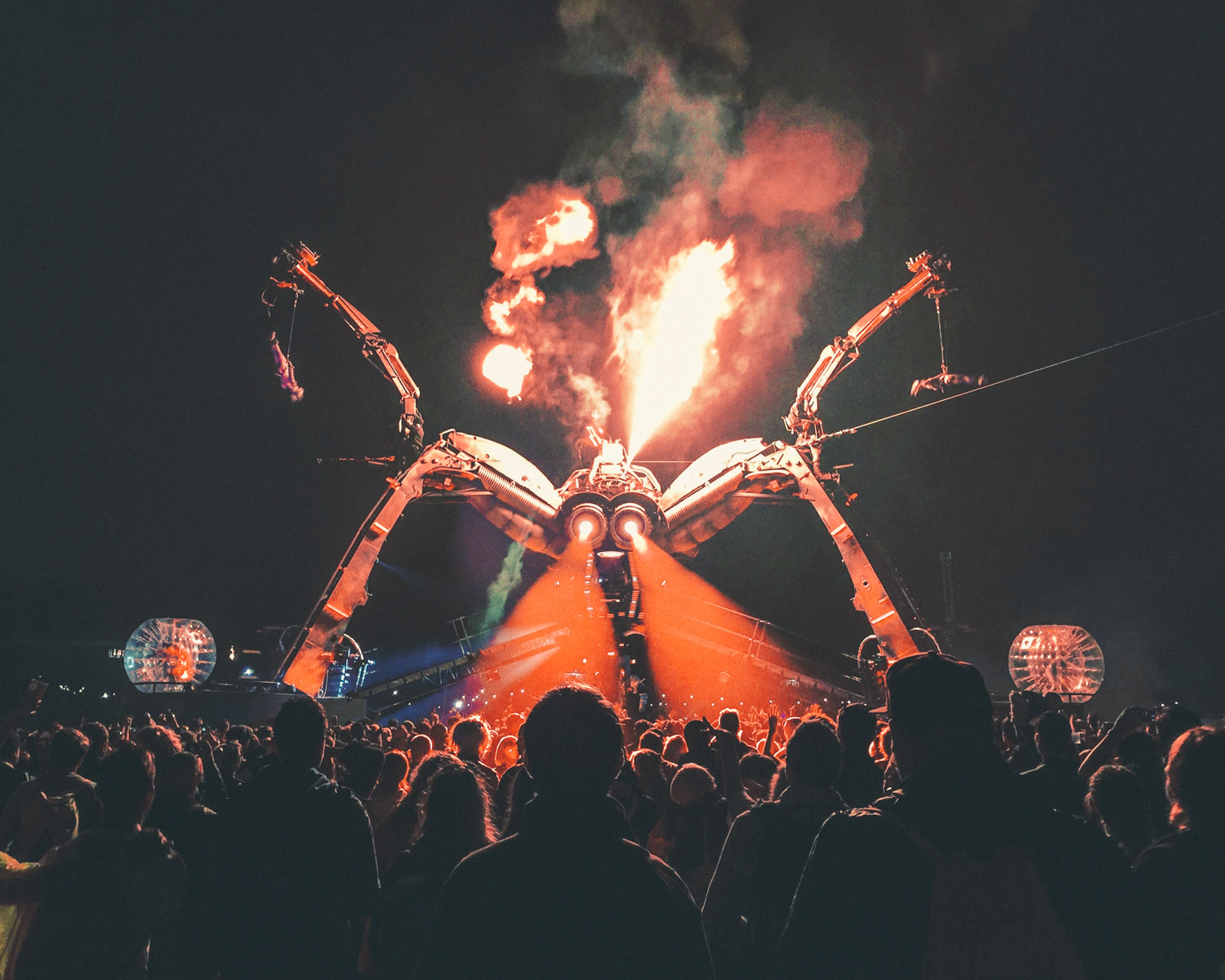 Glastonbury is a 5-day music festival that takes place near Pilton, Somerset, England. It’s the largest greenfield music and performing arts festival in the world.

The Montreal International Jazz Festival holds the Guinness World Record for the largest jazz festival ever. In 2004, the event hosted 3,000 artists from 30 countries and put on 650 concerts for its 2 million visitors.

The best part? A lot of the performances are free to attend!

Lollapalooza is one of the biggest music festivals in the United States. It’s held every year in Chicago, and the 4-day event draws in thousands of people from all over the world.

It boasts over eight stages, more than 170 bands and some of the city’s best food truck cuisine! Lollapalooza has become so popular in recent years that it’s expanded to Santiago, Chile and Sao Paulo, Brazil. 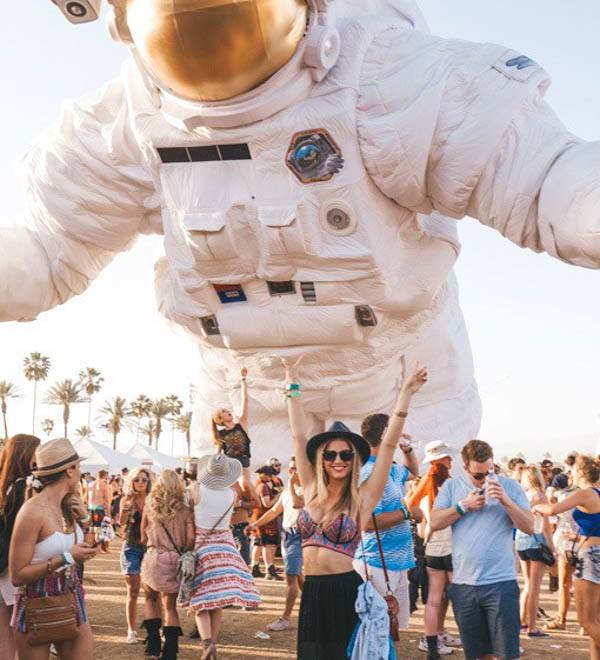 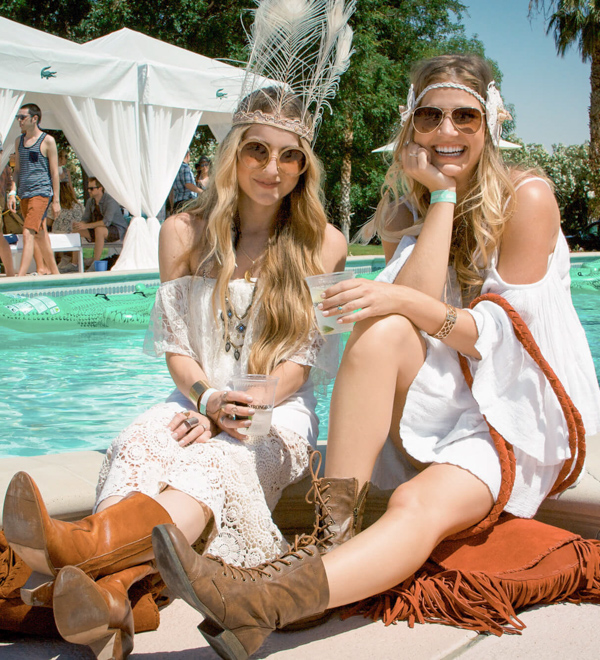 Coachella is one of the most iconic music festivals in the world. Starting from humble beginnings in 1993, when Pearl Jam performed to 25,000 people at the Empire Polo Club in Indio, California, it’s now become one of the hottest festivals to attend.

Coachella is known for its beautiful art installments, fashion trends, and for hosting some of the biggest names in music.

Rocking the Daisies is one of the biggest music festivals in South Africa. It takes place an hour outside of Cape Town at Cloof Wine Estate and attracts 25,000 people each year.

You’ll want to book early to get cheaper tickets and to make sure you get the first choice of glamping options if you don’t want to bring your own gear. The event is also heavily focused on being a green festival and has received numerous environmental awards.

Alternatively, check out Up the Creek for a totally unique floating music festival in South Africa!

Rock in Rio is an epic rock music festival in Rio de Janeiro, Brazil. It’s become so popular that the festival has launched installments in Lisbon, Madrid, and Las Vegas!

Some of the artists that have played include Metallica, Foster the People, ACDC, Linkin Park, Bruce Springsteen, Maroon 5, The Rolling Stones, and more. 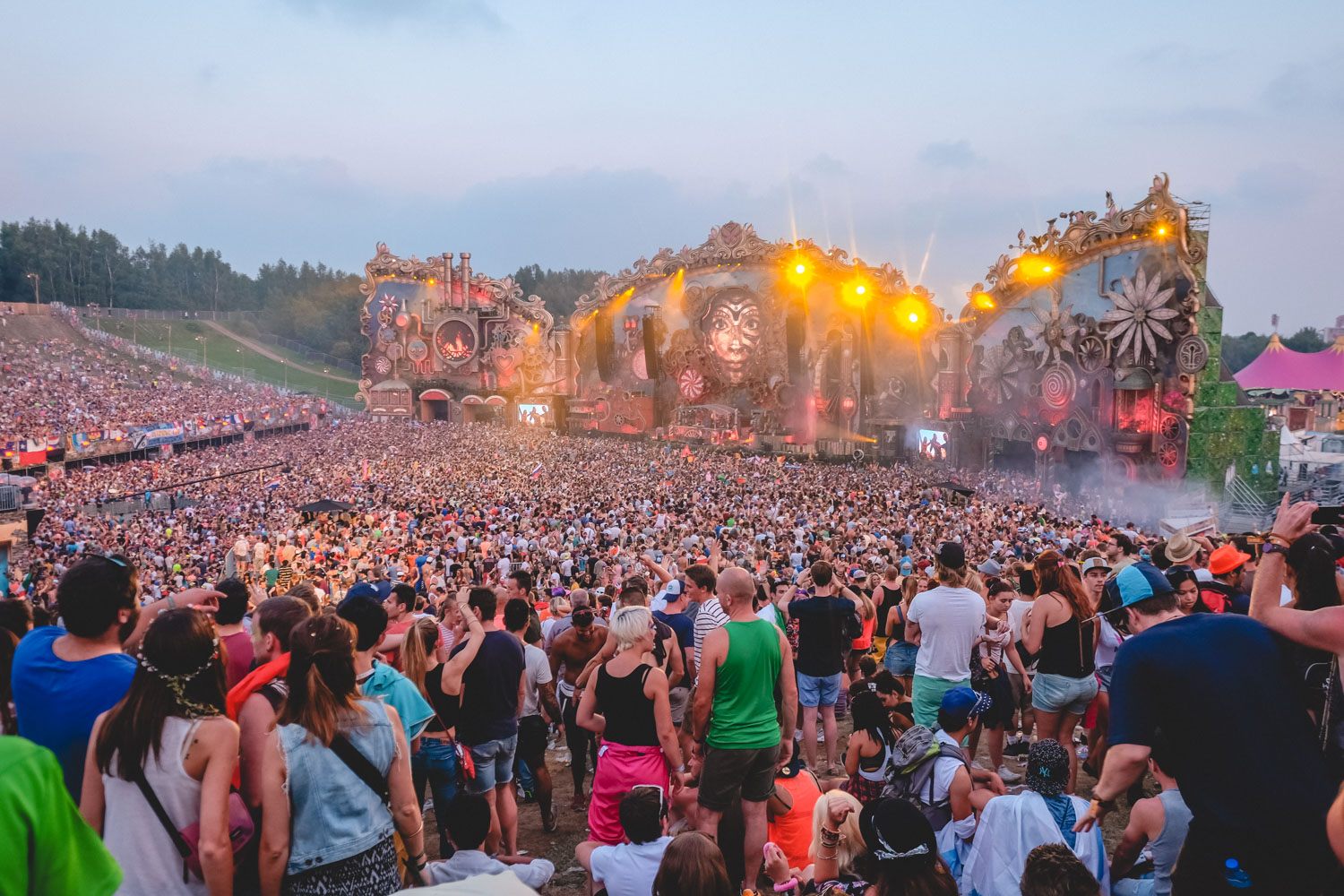 Tomorrowland is one of the biggest EDM festivals in the world. It takes place in Boom, Belgium over two weekends and tickets for the event usually sell out in minutes.

I got to experience my first Tomorrowland back in 2014 and it blew my mind!

Tomorrowland caters heavily to international travelers with flight, train, bus and hotel packages for attendees. There are also group packages as well as options to explore other parts of Belgium before the festival begins!

Splendour in the Grass

Splendour in the Grass is like the Australian version of Coachella. It’s a three day festival of rock, indie, pop and electronic music that attracts local and international celebrities.

In addition to an incredible lineup, you can also take part in dance and circus workshops, wander around the art installations, and eat your weight in delicious food at the markets.

Fuji Rock is an annual rock festival held at the Naeba Ski Resort in Japan. The three-day event features more than 200 Japanese and international artists.

So what makes the festival stand out from the rest? The Dragondola!

It’s the longest gondola lift in the world that carries festival-goers up to the top of the mountain overlooking the festival site.

The Best Holiday Festivals Around the World 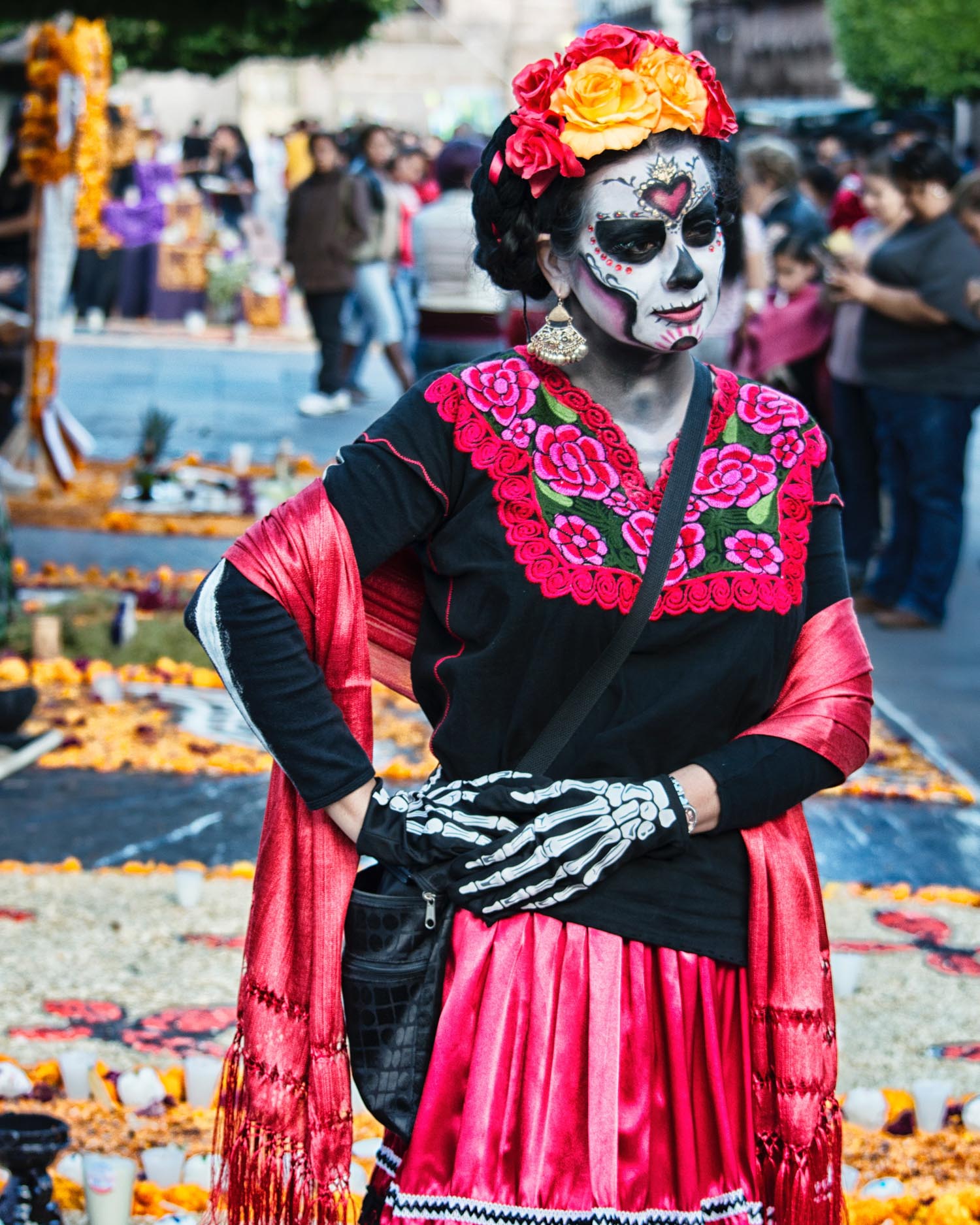 Dia De Los Muertos (also known as The Day of the Dead) is a holiday celebrated throughout Mexico. The multi-day holiday focuses on celebrating the lives of family and friends who have passed away.

During the festivities, there are parades, people wear colorful costumes, and both the living and the dead enjoy plenty of food. 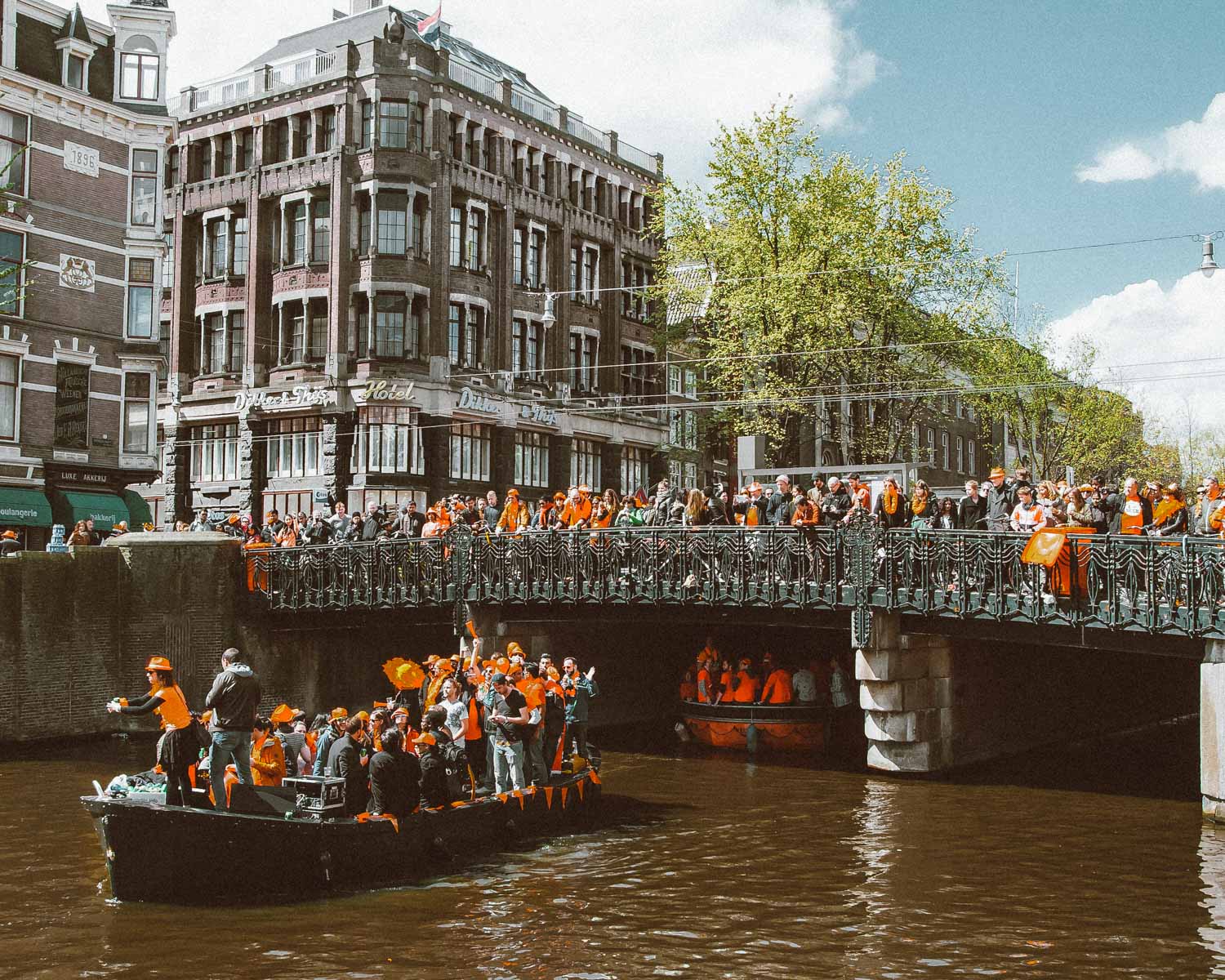 Koningsdag or King’s Day is a national holiday in the Netherlands. The holiday was initially celebrated on August 31, 1885, as Princess’s Day because of the birthday of Princess Wilhelmina, the heir to the throne.

The date of the event has since moved based on the birthdays of the royals. During the festivities, there are outdoor concerts, people dress up to the national color (orange), and there are massive flea markets! 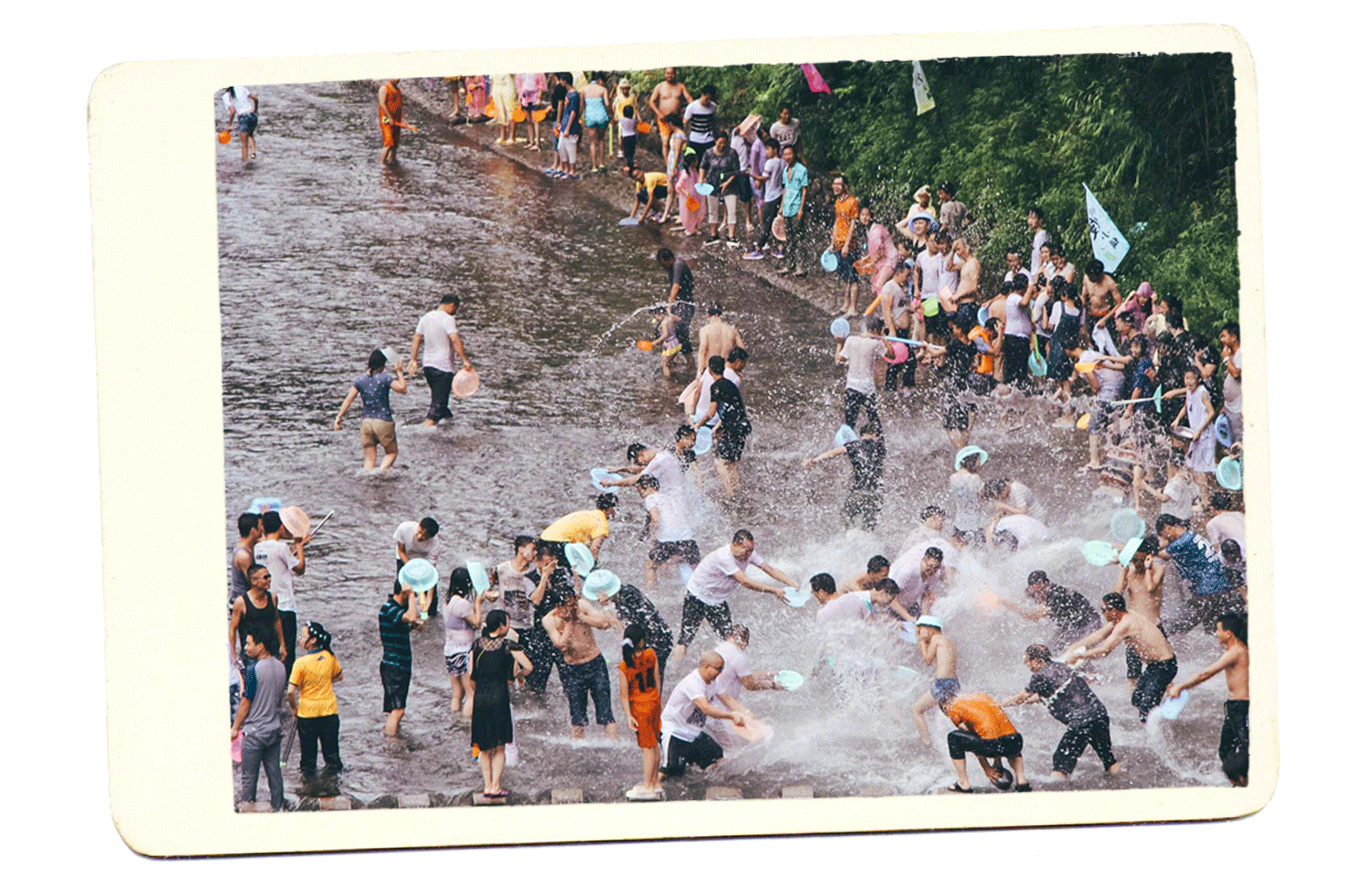 Songkran is a Buddhist festival that takes place in Thailand, Cambodia, and Laos. It’s held every year from 13-15th of April, and the locals celebrate with a massive water fight as it’s believed to wash away the past year and give you a new start.

If you want to attend, make sure you have a waterproof pouch for your belongings as you will get drenched as soon as you step outside of your hotel! 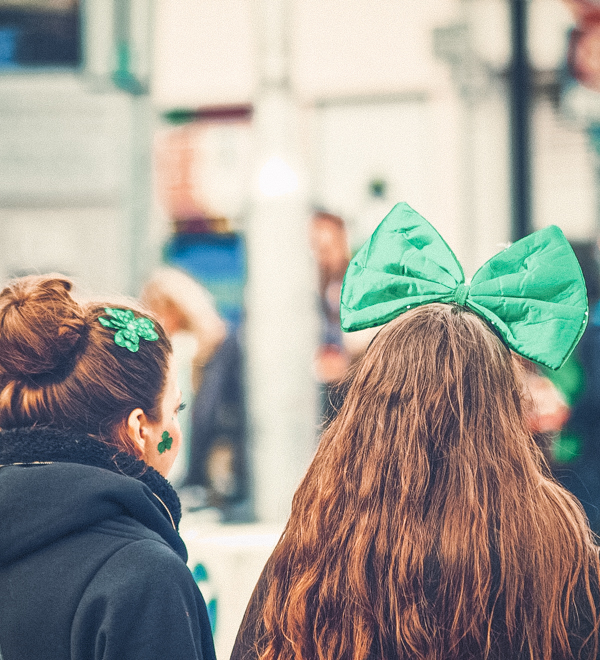 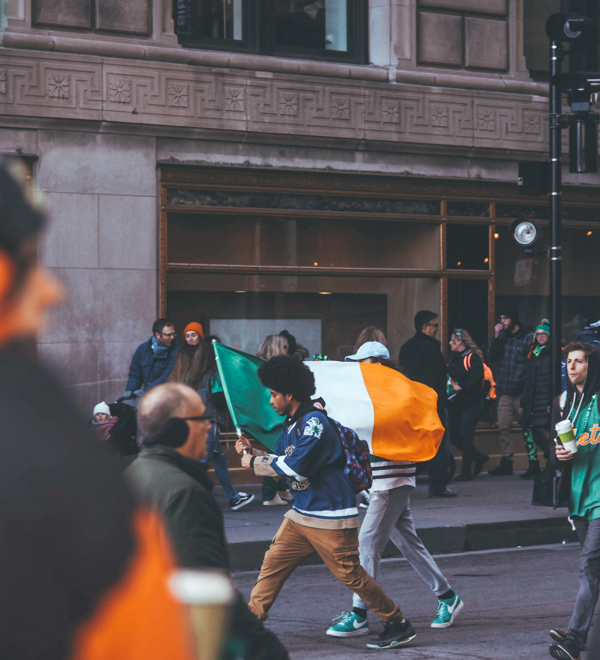 St. Patrick’s Day is a cultural and religious celebration of the death of Saint Patrick, the patron saint of Ireland. It’s held on the 20th of March every year, and the festivities include parades and plenty of drinking!

If you don’t want to travel to Ireland to attend the event, you can book a local flight to Boston. The city has a large Irish population and hosts one of the biggest St. Patrick’s Day events.

What are some of your favorite festivals from around the world? Let me know in the comments below!