Cocktails and spirits are among the most interesting, tasty and exciting ways of learning more about a destination or a country that you are visiting. Many drinks have become known around the world for being associated with certain countries or regions, while others have been made famous by their association with celebrities.

Travel is all about trying new things and exploring the local cuisine and culture.

Let’s travel around the world through cocktails and spirits! 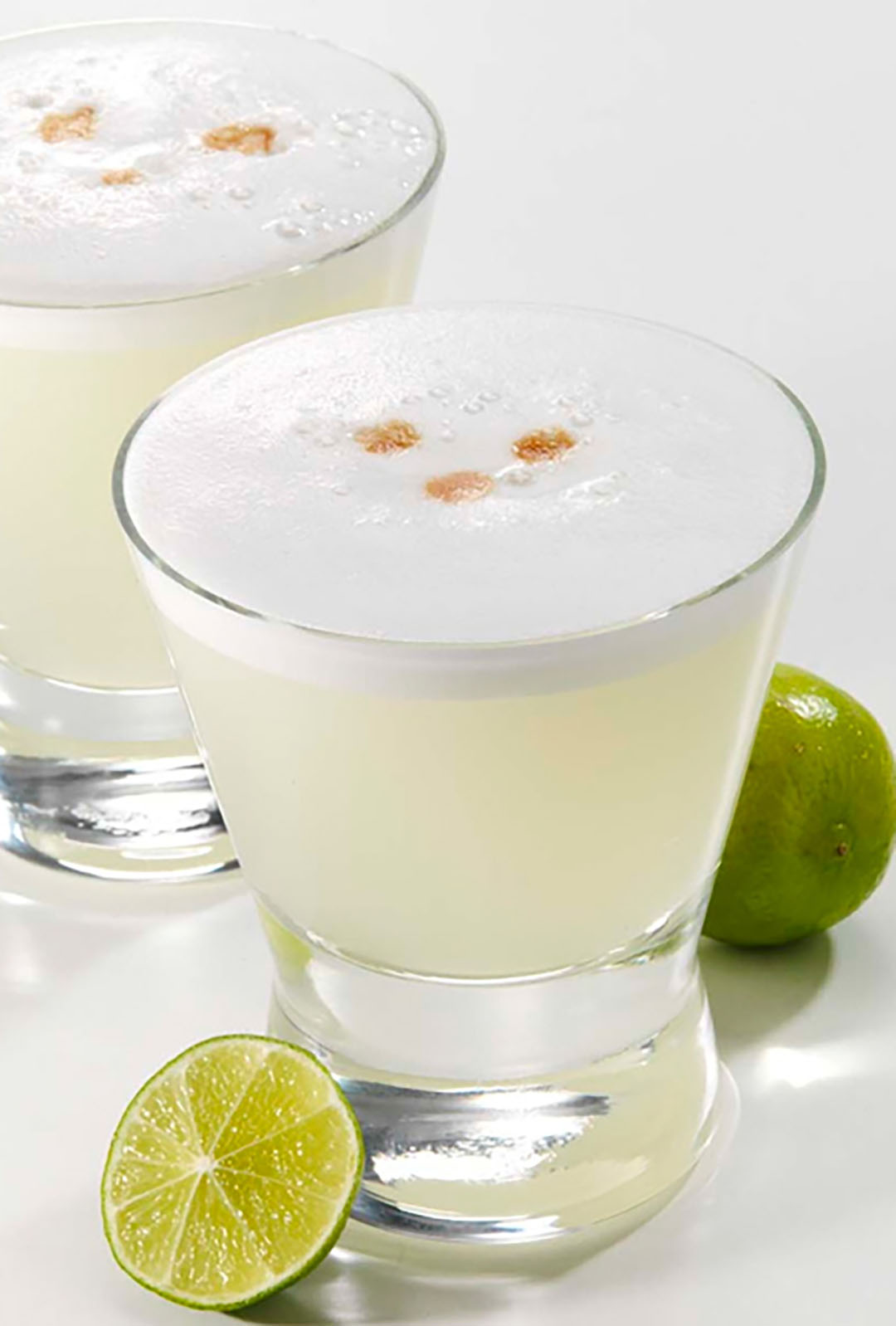 This cocktail has long been the cause of tension between the South American countries of Chile and Peru, with both claiming it was created in their country. In Peru, it is celebrated as the national drink on the first Saturday of February.

Pisco is a local brandy produced in Peru and Chile and, for a Pisco Sour, it’s blended with lime juice, simple syrup, and ice.

In Peru, the cocktail is garnished with Amargo Chuncho (or Angostura) bitters and also includes egg whites to add froth to the drink, which is not present in the Chilean version. Ernest Hemingway’s reputation as a formidable drinker is one that is known around the world, and the American author was one of the first celebrities to have a cocktail named in his honor.

Originating in Cuba, where Hemingway was affectionately known as Papa during the 1930s when prohibition still held sway in the United States, the Papa Doble is a cocktail that is still popular.

The cocktail can be compared to a daiquiri—it’s a blend of white rum, lime juice, red grapefruit juice and Maraschino, which is then blended with ice.

“I drink to make other people more interesting.” –Ernest Hemingway This cocktail is one of the best ways to start the day if you are on holiday in the British Virgin Islands, and the best possible place to enjoy it is at the Soggy Dollar Bar which faces on to a beautiful beach on the island of Jost Van Dyke.

A sweet and fruity blend of rum, pineapple juice, cream of coconut, orange juice, and nutmeg, this cooling cocktail is the ideal way to start a day at the beach after a night out in this Caribbean haven. Transport yourself to Brazil with this iconic cocktail!

The cocktail that put the Brazilian party atmosphere into the 2014 World Cup, the Caipirinha is a cocktail that balances sweet and sour beautifully. It also happens to be the perfect drink to sip on at the beach or to enjoy at a football game.

At the heart of the drink is the Brazilian spirit, cachaça—a spirit distilled from sugar cane—mixed with half a lime and two tablespoons of brown sugar to add the sweetness, along with plenty of ice to keep the drink cool in the heat of the day. 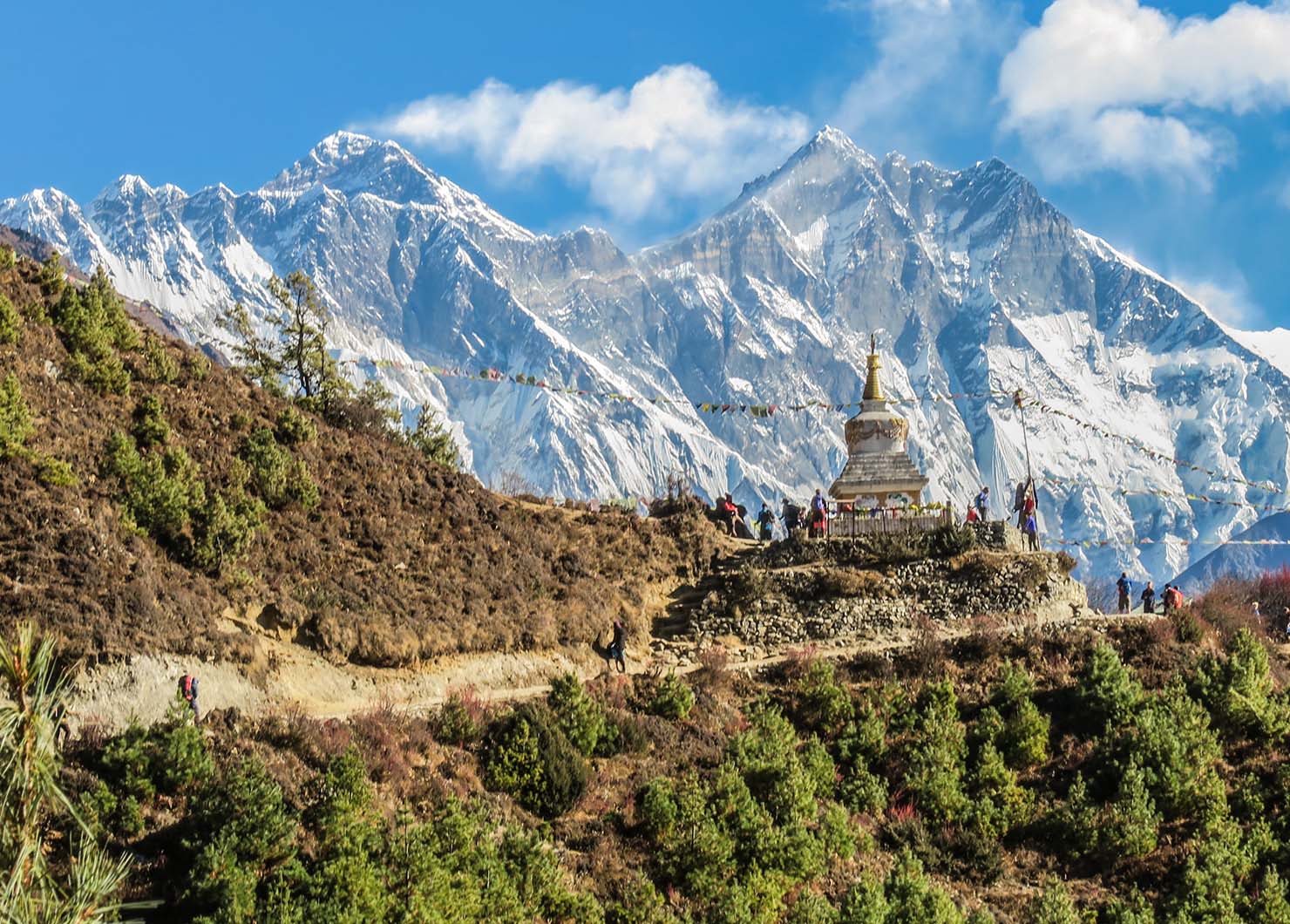 Raksi is a clear spirit—similar to vodka or gun—but has a taste reminiscent of Japanese sake.

Popular in Nepal and Tibet, it is almost entirely brewed locally and very rarely found in branded bottles in bars.

This smooth drink is made from millet or rice which is distilled over a fire for quite some time, and every batch of Raksi will usually taste slightly different.

Although it does have a strong alcoholic smell, it is very sleek and warming with a pleasant taste, and is well worth seeking if you are traveling in rural areas of Nepal and Tibet. Few drinks can epitomize a city as well as the Sazerac and its iconic status in New Orleans. The official cocktail of New Orleans is also the country’s oldest cocktail that has been served there for over a century and a half.

The cocktail itself is a blend of rye whiskey, Peychaud’s bitters, and sugar, which is usually served in a glass that has had a very small amount of absinthe swirled around it for the wonderful herbal scent.

Fun Fact: The bitters were invented by a pharmacist in New Orleans when trying to make medicine taste better. Turns out it worked pretty well for a cocktail mixer, too! 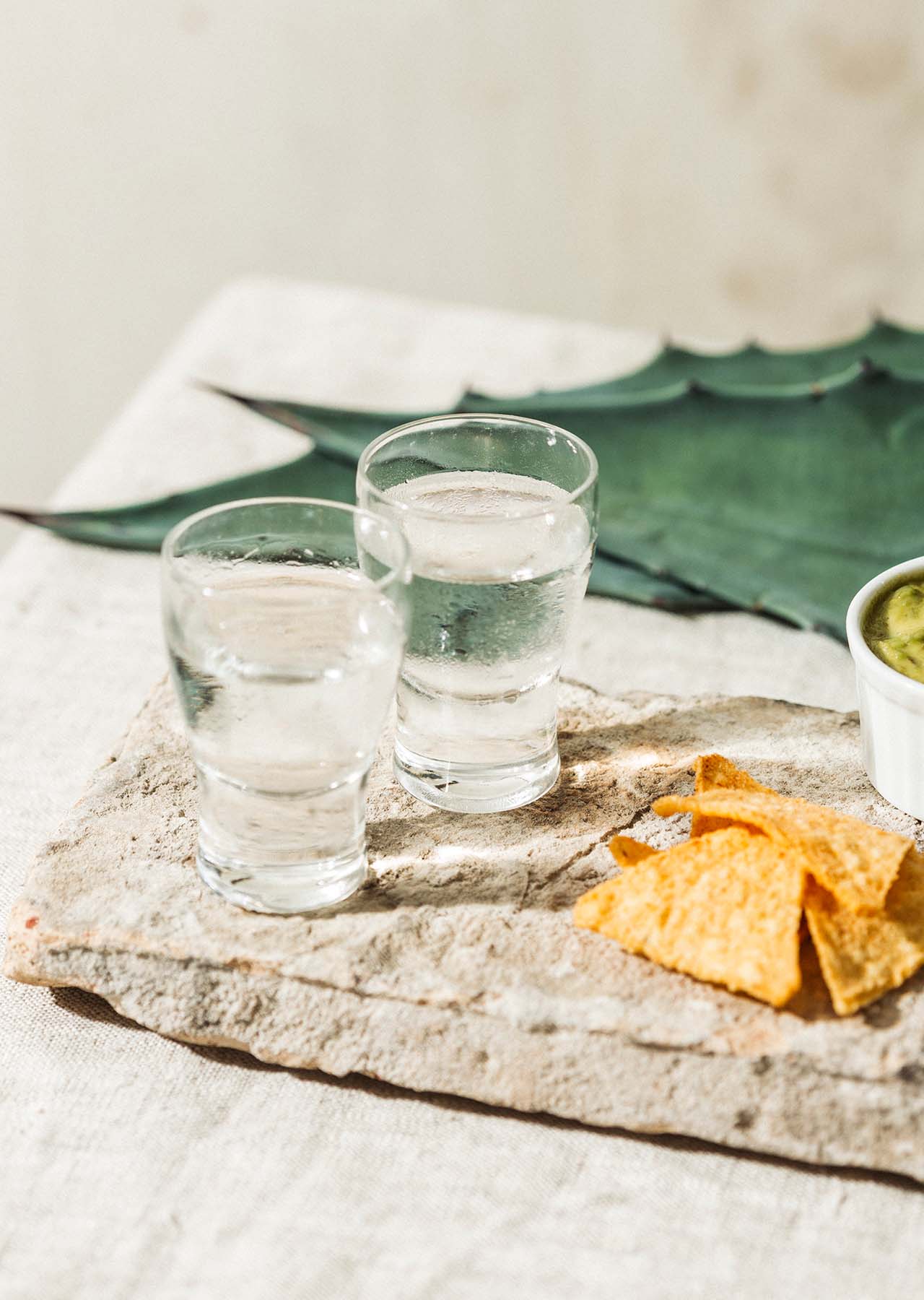 While tequila may be the spirit that is most commonly associated with Mexico, on the east coast in the state of Oaxaca, Mezcal is a spirit that is made from a Mexican variant of the agave plant known as maguey.

The drink has been produced in this part of Mexico for centuries, and may have been present even before the arrival of the Spanish conquistadors, although they are the first verified producers of Mezcal.

The drink has become the regional drink of Oaxaca and is typically consumed straight and has a strong smokey flavor. It’s served with sliced oranges sprinkled with “sal de gusano,” literally worm salt, which is a mixture of ground fried larvae, ground chili peppers, and salt. If you ask a Brit about Pimm’s and their memories of the drink, you will usually be regaled by tales of long summer days, enjoying a game of cricket or relaxing in the park. It is a drink that is often served at picnics and open-air events in the United Kingdom.

The most common method of serving this liqueur is with lemonade, along with a variety of chopped fruit and cucumber to make a colorful and sweet cocktail. 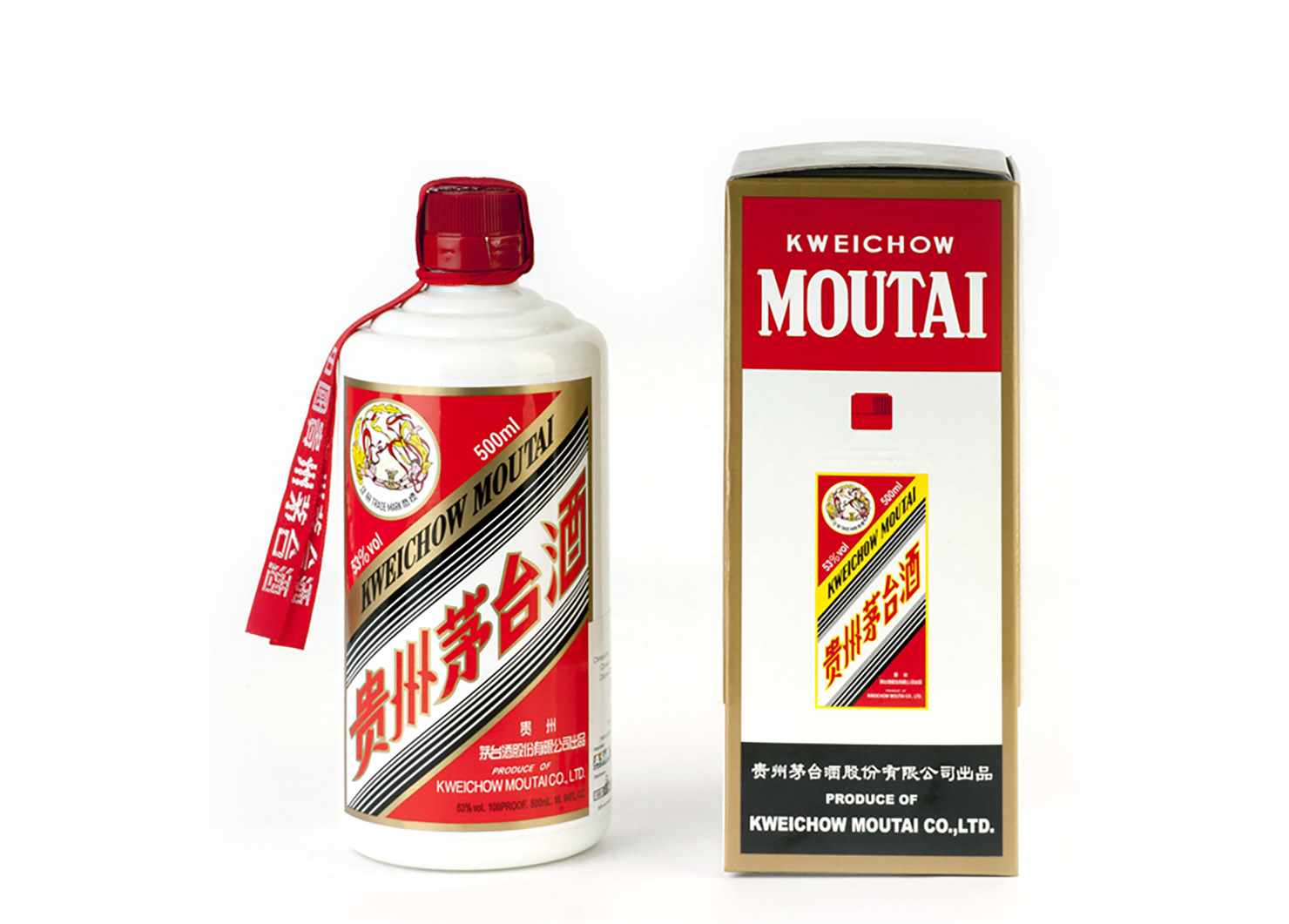 This Chinese spirit may carry the name of the founder of the People’s Republic of China, and it is rumored that it was one of Chairman Mao’s favorite drinks, but it is actually named after the town of Maotai in the southwest of the country.

The spirit is made with the grains of sorghum grass which is cultivated throughout the country and distilled to an alcoholic volume of up to 60% ABV. It has a very distinctive aroma of soy sauce and is often called ‘sauce-fragranced’.

Journalist Dan Rather, upon tasting some Maotai, described it as if he was drinking “liquid razor blades.” Ouzo is an aperitif that is firmly associated with dining and celebrating in Greece. It usually accompanies the traditional mezedes which are small dishes of food generally eaten at the start of a larger meal.

Ouzo is a flavored spirit that includes hints of anise, fennel, coriander, and cinnamon, and will always be at least 37.5% ABV. One legend suggests that it is the product of experiments carried out by Greek monks in the Fourteenth Century, flavoring a type of brandy with anise. The Aperol Spritz has definitely garnered global attention in recent years, but you’ll find this staple all over Italy. A proper Aperol Spritz is the color of an orange-hued sunset and is the perfect cocktail for a warm day.

It’s also incredibly easy to make with just Aperol—a zesty orange apértif with an herbal twist—Prosecco, club soda, and a slice of orange!

What’s your favorite cocktail in the world?