I had the opportunity to explore the best of Panama from coast to coast, and I was blown away! Though sometimes overlooked as a tourist destination in Central America, there truly is something for everyone in Panama, whether you come for world-famous shopping, the pristine islands of San Blas or for a stroll through Panama City's historic Casco Viejo district. Panama City is the heart of Panama, and the hub of business, culture, nightlife, and cuisine—this travel guide is filled with travel tips to help you plan an incredible trip! 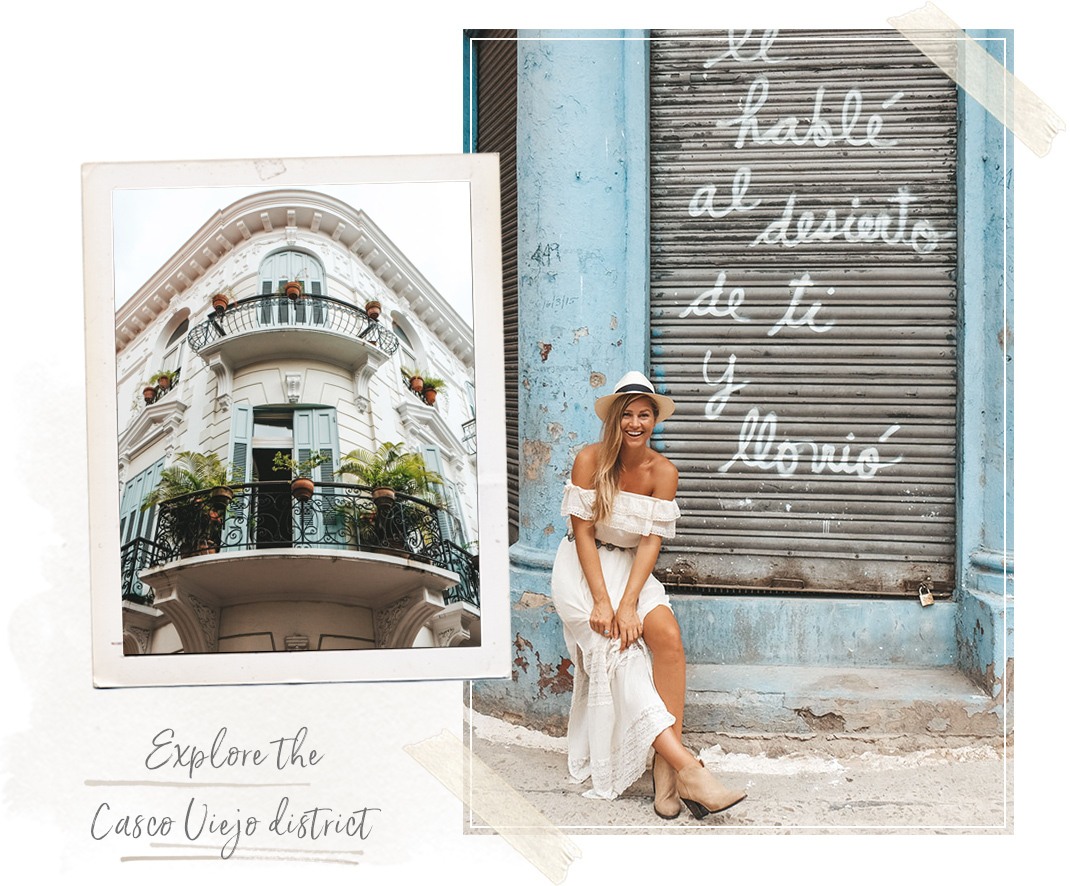 What to Expect in Panama City

Panama City is the heart of Panama, and the hub of business, culture, nightlife, and cuisine!

Language: Like most of Latin America, Spanish is the primary language in Panama City, but because of its legacy as a vital international trade connection, you will also find that there is a multicultural expat population that speaks English too.

Currency: Unusual for a sovereign state, Panama actually has two official currencies, with the US Dollar sharing official status with Panamanian Balboa, pegged at a one-to-one rate, and dollars used for paper money, and Panama mainly produces its own coins.

Credit Cards and Banks: In Panama City itself, a good majority of retailers will accept credit cards, particularly tourist businesses, while ATMs are common around the city.

Climate: Temperatures in Panama City are quite stable throughout the year, with hot days that often rise to thirty three degrees Celsius, and rarely dropping below eighteen degrees. The dry season is fairly short, running from December to April, with the remainder of the year experiences a fair amount of rain.

Getting Around in Panama City

The transportation situation in the city has improved significantly over recent years, with a new metro subway system which opened in 2014, and some of the old buses being replaced by new city buses. Opt for Uber if you can!

Metro: The first line of the metro runs north to south under the city, and is relatively cheap and affordable, with fares at around 35 cents.

Bus: Buses in the city are divided into the local routes with lots of stops that offer fares of 25 cents, or the main corridor buses that run a quicker service along the main north to south and east to west corridor, with fares a little higher at $1.25.

Taxi/Uber: Taxis are also plentiful and affordable in the city, with fares set by the government that depend on the distance that you will be covering. Uber is also a great option, and what I would overall recommend. 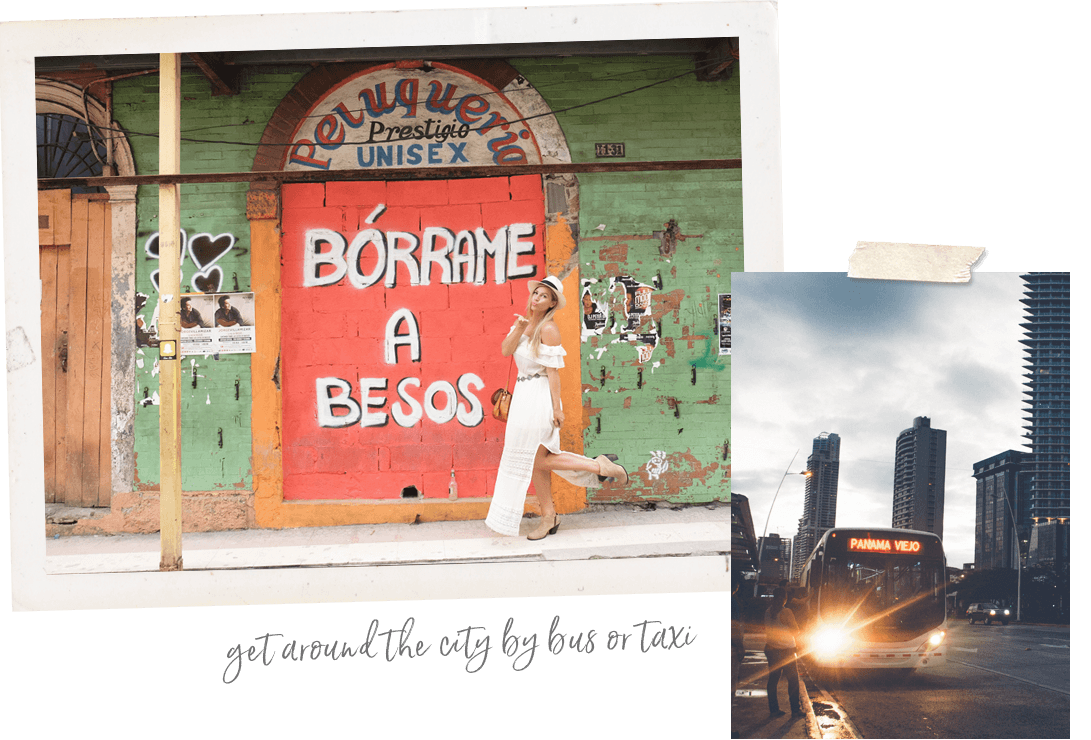 Travel Tip
If you're looking to get out of the city, buses are the cheapest way to explore Panama—most are charter buses that are comfortable and efficient. If you're limited on time, domestic flights are the fastest way to travel to many parts of Panama. 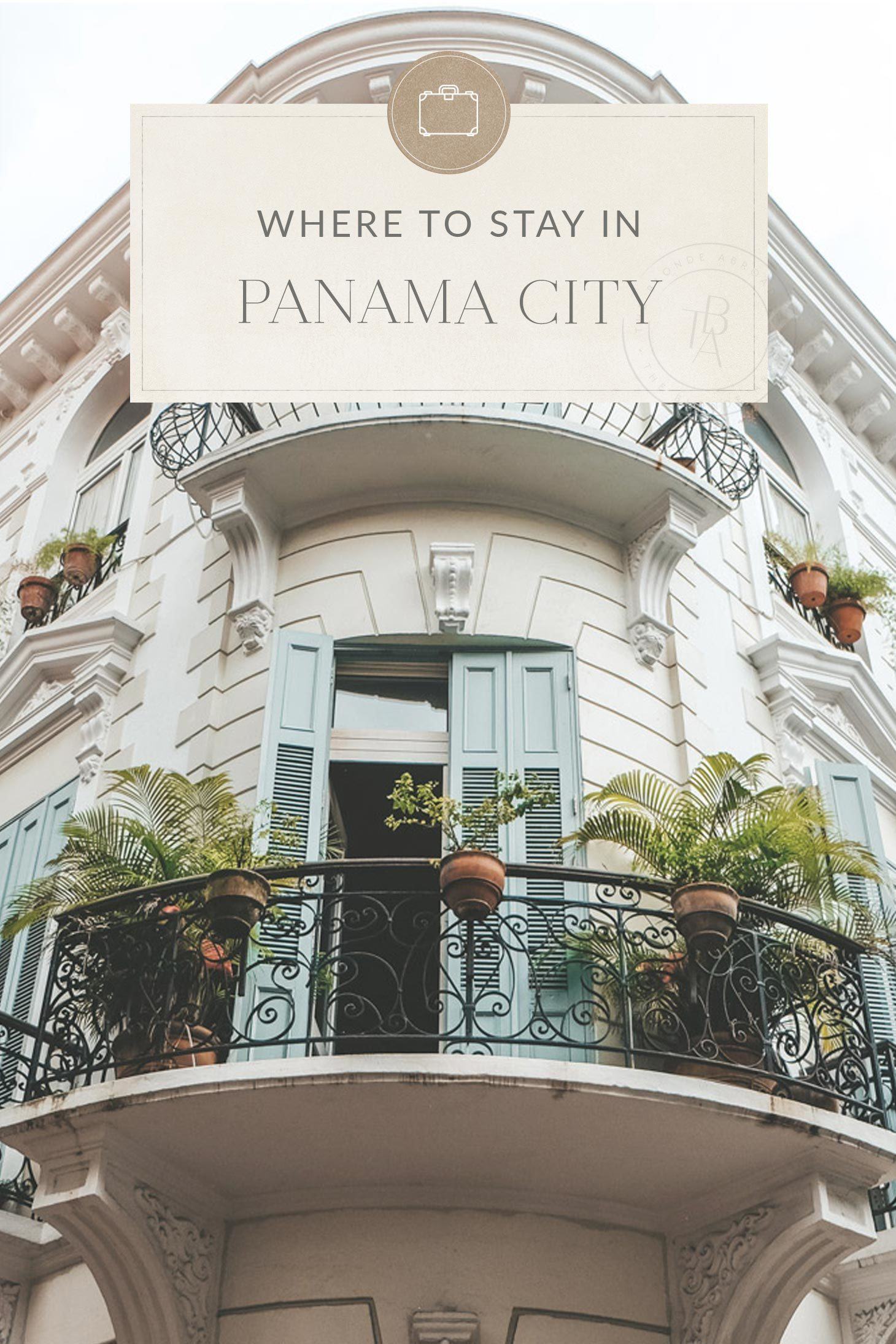 If you’re looking for a quiet, simple, and clean stay, The Balboa Inn is the perfect spot. They are central to the highlights of Panama City and also offer an airport shuttle, if you’re just stopping through! 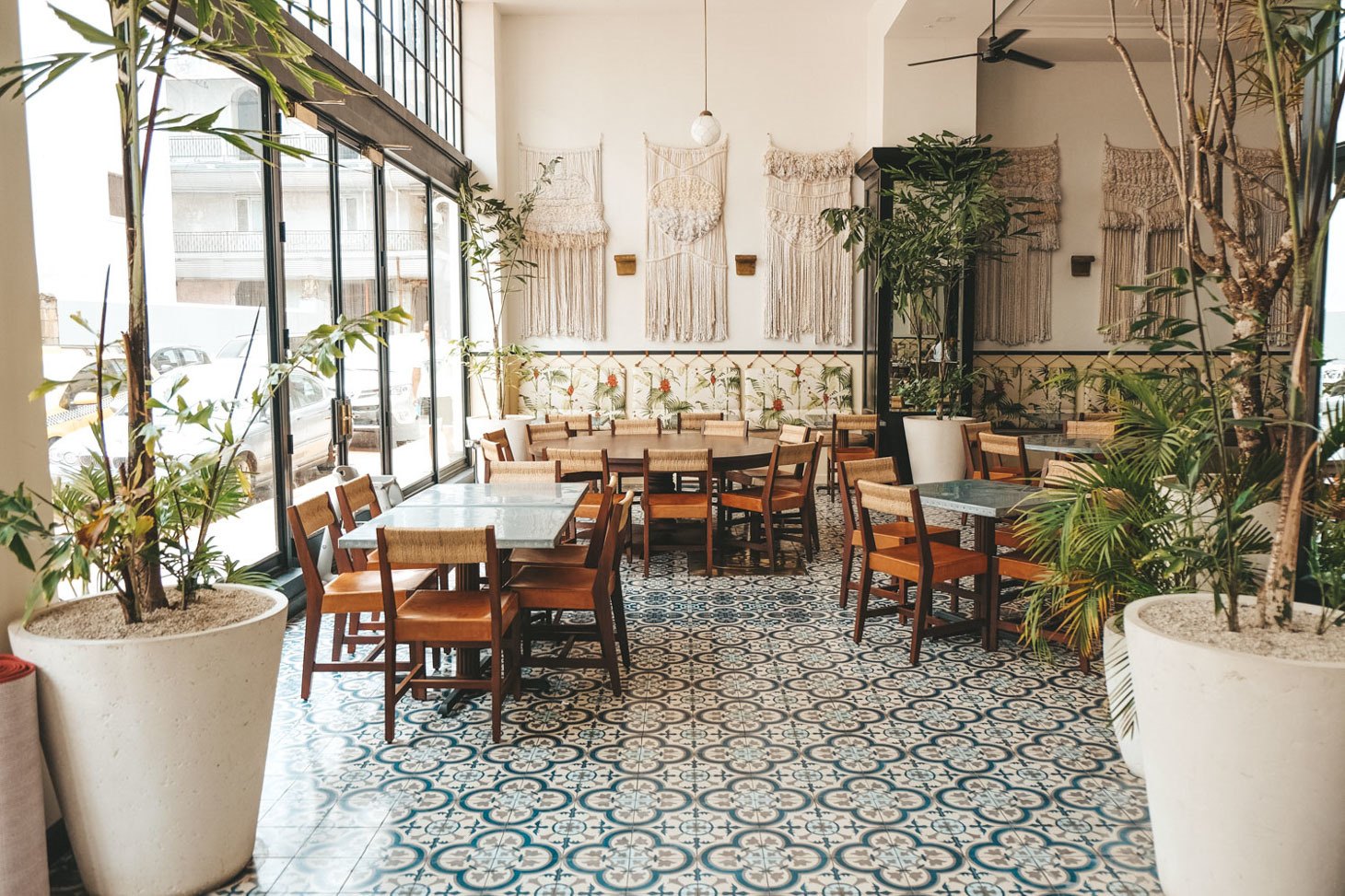 This classy hotel is bursting with traditional charm, and has some beautifully decorated rooms with comfortable beds and large bathrooms. A swimming pool provides a nice spot to cool off, while the free wireless internet is a nice modern touch.

This budget hotel offers great value, and you get what you pay for. Set in an awesome location, you can walk to Casco Viejo and local restaurants. If you’re looking for an authentic experience in Panama on a budget, this is your place. The Waldorf Astoria Panama is a tower hotel which can be seen from much of the city! The rooms here are sumptuously decorated and the hotel even has a dedicated driver in the lobby who can take you to nearby locations. Unwind at the hotel bar with their extensive drinks list! 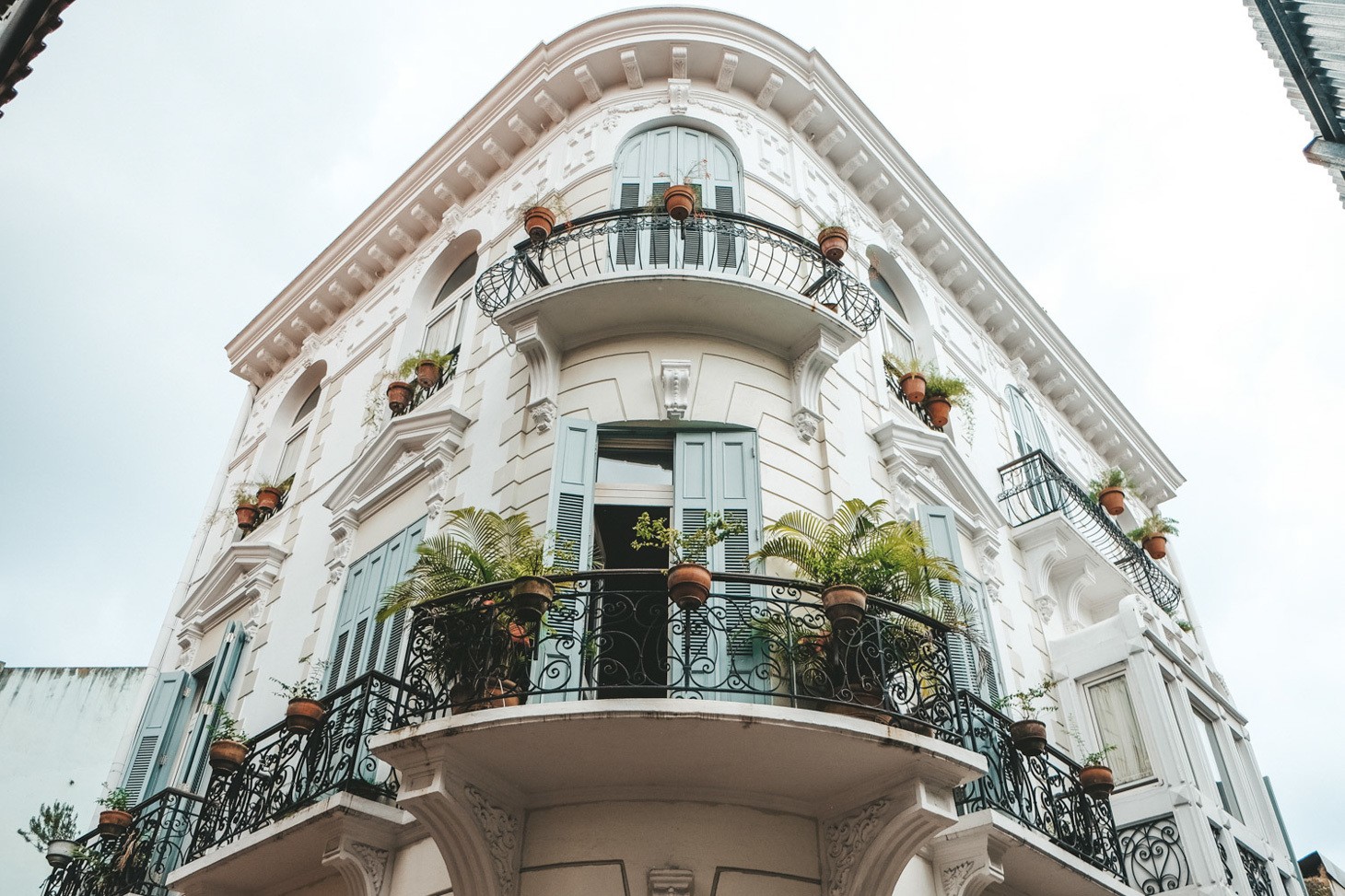 With its sea views and beautiful architecture, this hotel is a lovely place to stay. The rooms have local artwork and plenty of space to allow you to relax. The location is excellent for exploring the city’s nightlife and restaurants, plus the terrace area is a great place to unwind. 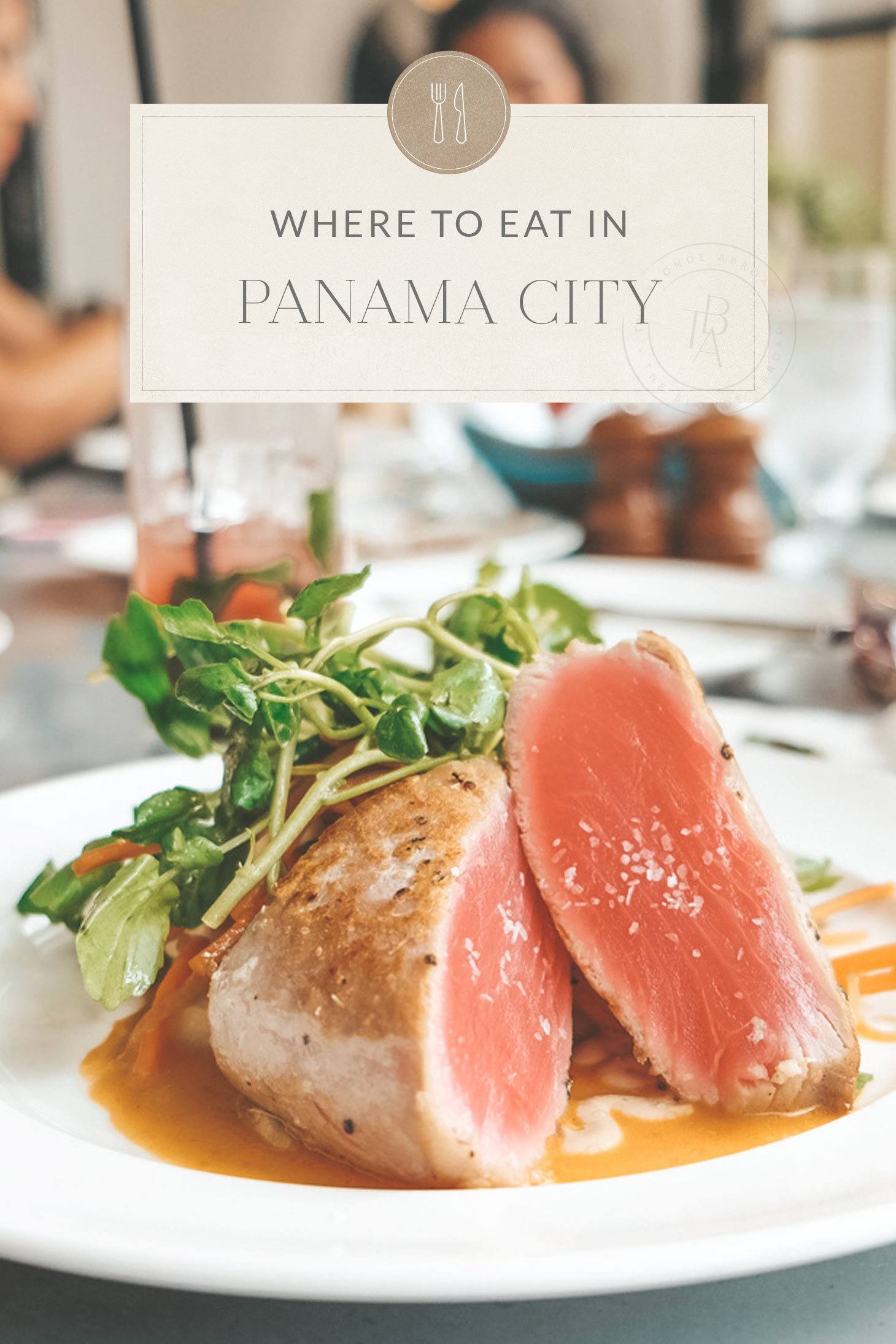 One of the few restaurants in the city that has a waiting list, Donde Jose’s cuisine delivers Panamanian classics with a modern culinary twist, and every day a fixed menu of five main items and two desserts are prepared in two sittings, and each dish is lovingly decorated which makes it almost a shame to touch the food with your fork! Situated in the heart of Casco Viejo, this restaurant + bar has a rooftop terrace with beautiful views of the Panama city skyline. This place caters to everyone and you will love it.

When to Go: Go around sunset for a drink from on the rooftop bar!

Located on the Avenida Central at the heart of the city, this pizza restaurant prepares their pizzas in the traditional way, with a good selection of toppings and the option to choose your own topping too. The restaurant is lively and displays some bold artwork giving the location a vibrant atmosphere.

If you like seafood, this Peruvian hotspot is a perfect spot. The service is great and ambience will impress you (along with the food, of course).

What to Order: Be sure to order the ceviche (you get a generous serving), and the quinoa flan is a must! 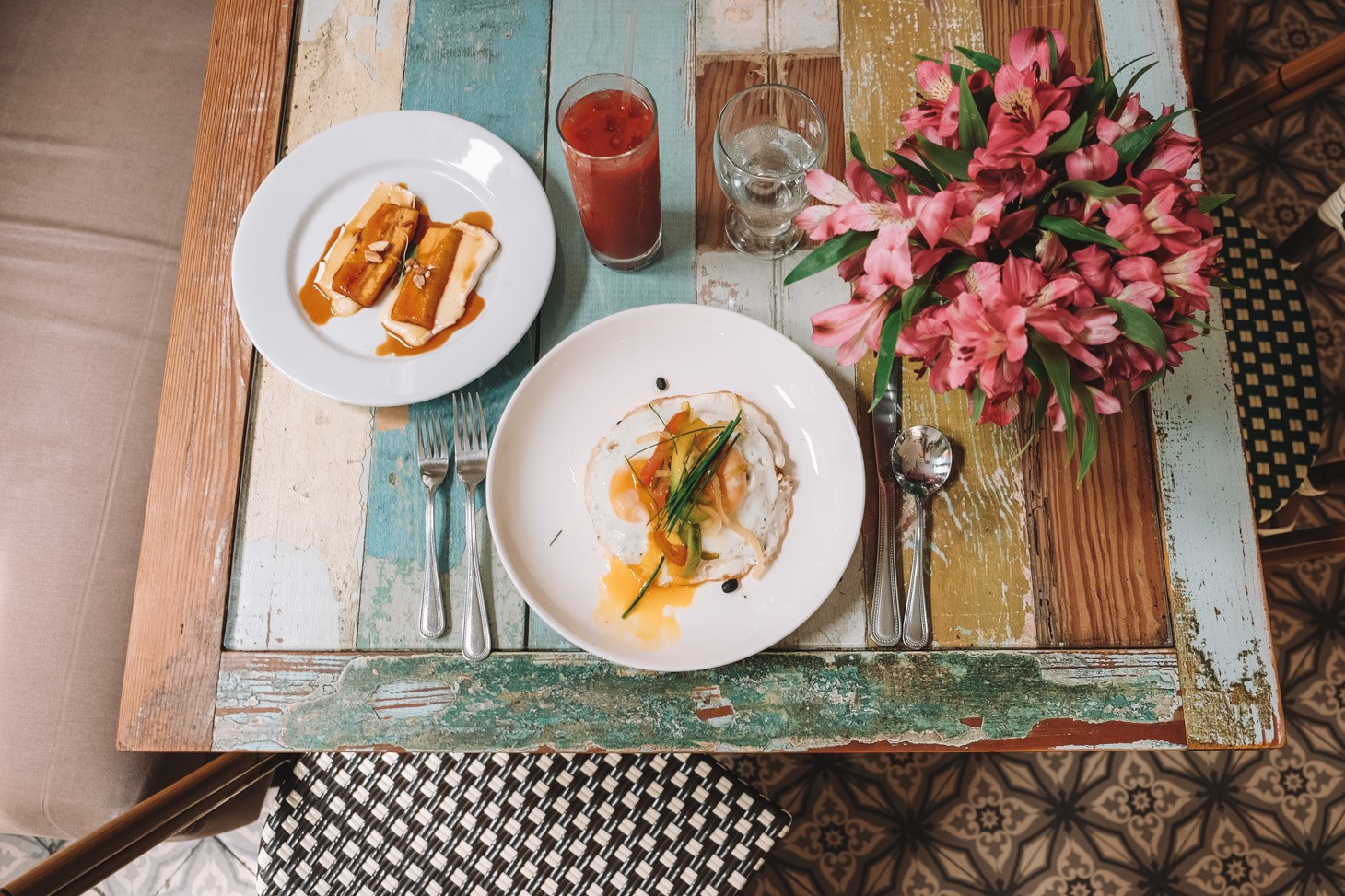 Las Clementinas seemed to be the go-to, casual weekend brunch spot for hip, Panama City locals. The walls are adorned in old photographs and what look like newspaper cutouts from over the decades, the floor is tiled in a gray and white geometric art deco design, and the chairs are woven in a bright green and white.

When to Go: There is an official prix-fix brunch menu on Sundays. 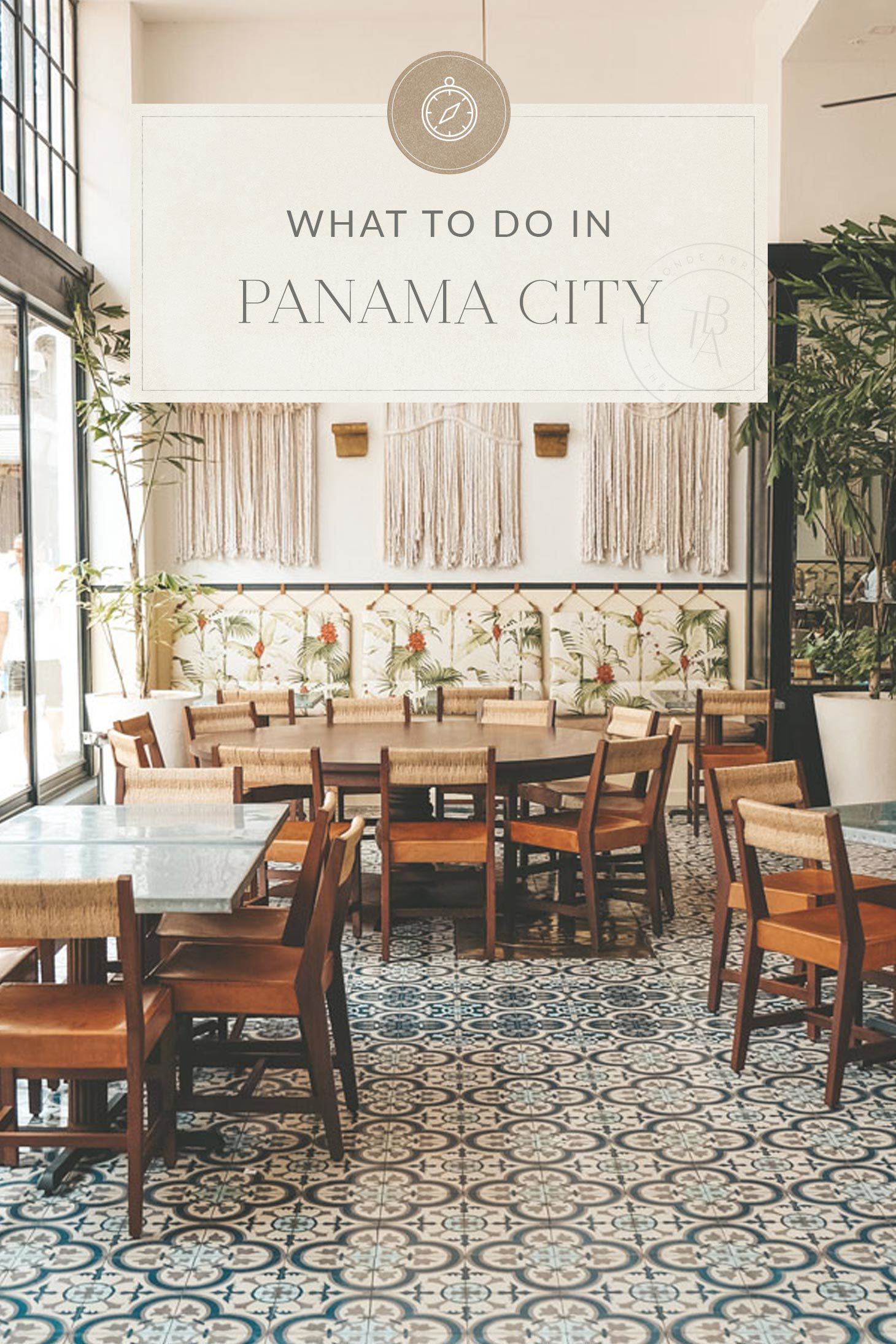 The historic area of the city has seen a lot of development over recent years, but you can still see some historic traditional buildings, while there are also plenty of bars and restaurants here. Many of the city’s museums are located in this district, while the theaters here host some of the best operas and musical shows in the region. The canal is the main reason for the city being what it is today, and to see the ships go by in the canal is an impressive sight. You can reach the area by bus or by taxi, and there is also a visitor’s center at the Miraflores Locks with a great viewing platform and a museum showing off the history of the canal too. 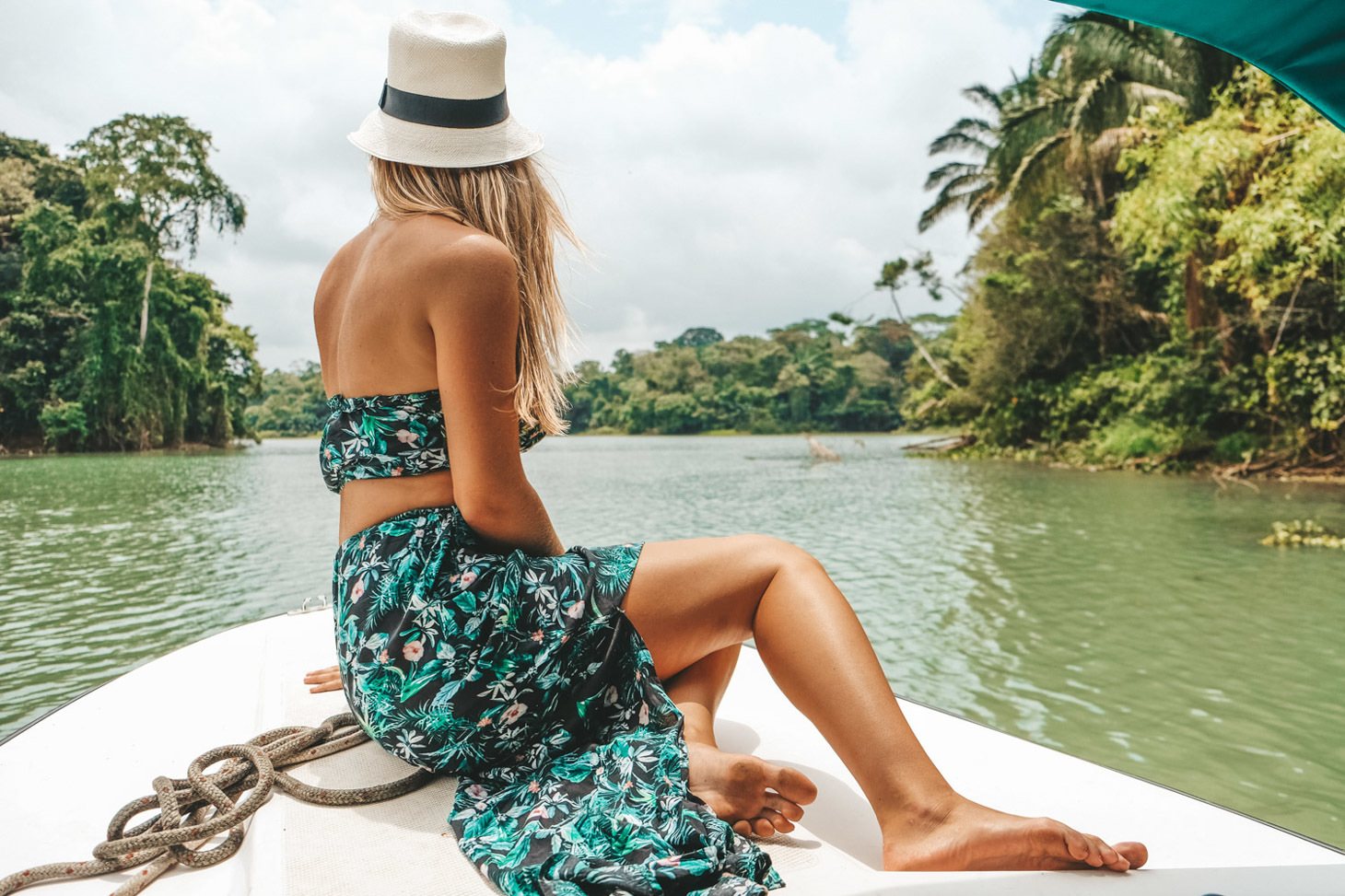 The Chagres is the largest of the rivers of Panama, and is a broad river that flows relatively slowly. Take a cruise or a stand up paddleboard up the river for amazing scenery!

Panama City has not always been set in its current location, and back in the fifteenth and sixteenth centuries the city was a target for pirates, and after the attack of Henry Morgan, the city elders eventually decided to leave behind the old city and move to the more secure site which you can see in Casco Viejo today. This colorful building is facing the Pacific Ocean near the end of the canal, and is designed to be a museum of biodiversity. There are eight exhibitions located within the museum itself, and the bold design is actually one that was designed by famed architect Frank Gehry. Take A Day Trip To The Gamboa Rainforest

A trip to Gamboa offers some fascinating insights into Panama and its history, as the town of Gamboa is a faded colonial gem that has houses and public buildings in various states of repair, while the rainforest is home to a massive range of birds and wildlife, with some lovely walking trails.

This is an island on Gatun Lake which has a huge range of monkeys present, and this trip offers a view of a range of different species including capuchins, howler monkeys and even the sloths and toucans that also live on the island.

The Embera are an indigenous tribe that live in the Panama rainforest, and this day trip from Panama City will offer a fascinating perspective on the country as it was before colonization, and you can enjoy musical performances and an introduction to the culture and traditions of the tribe. Overnight stays in the rainforest are also available. 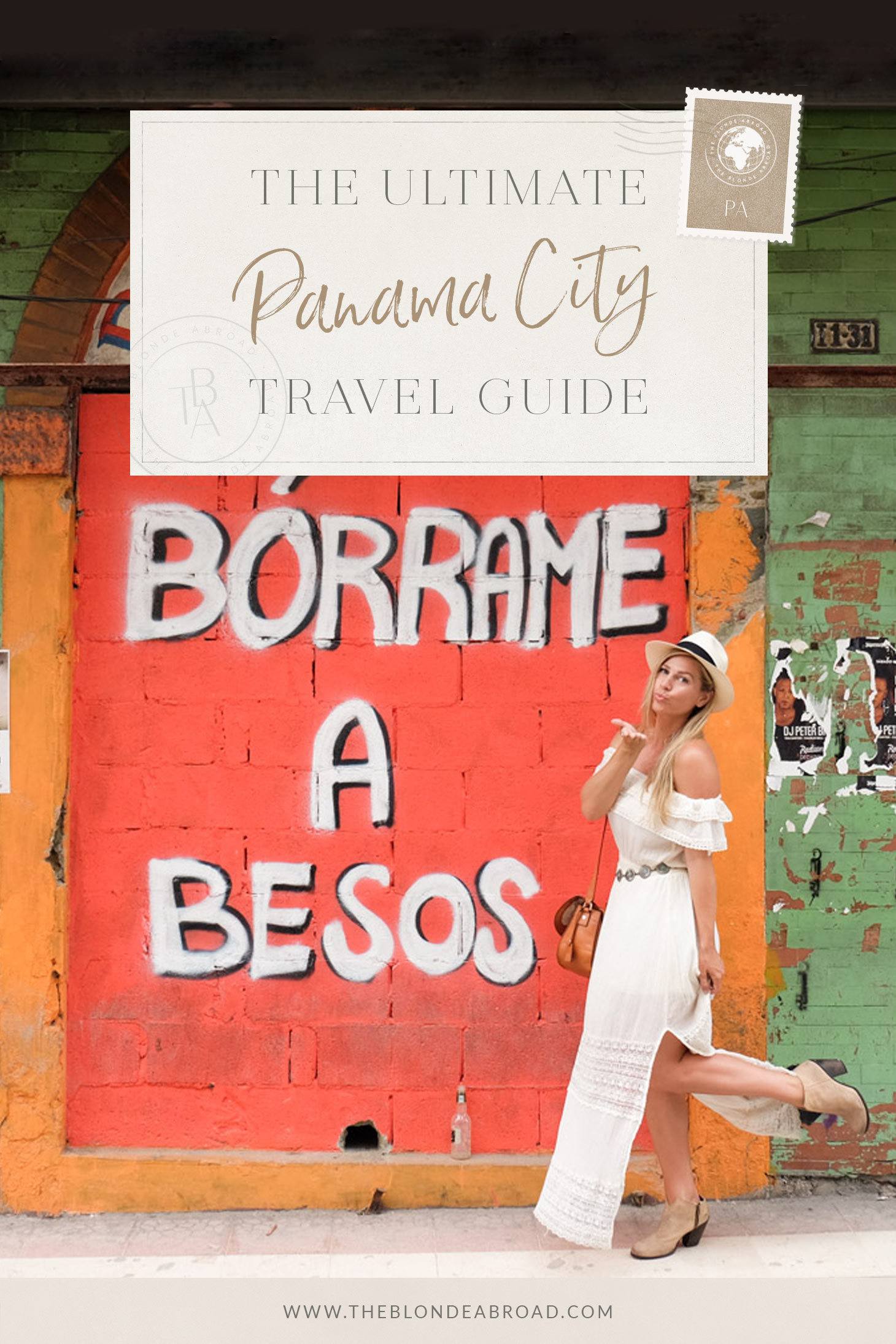 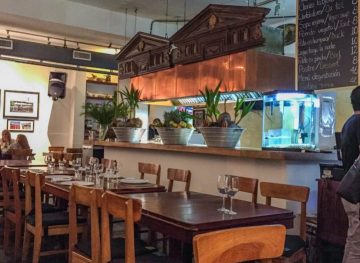 Where to Find the Best Food in Panama City

Panama far exceeded my expectations with food and the local culture. Here are my recommendations for the best food in Panama City! 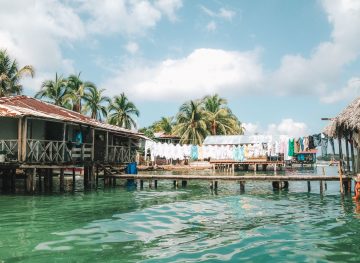 20 Photos to Inspire You to Visit Panama

There is something for every type of traveler in Panama, whether you come for world-class shopping, the islands of San Blas, or the historic Casco Viejo. 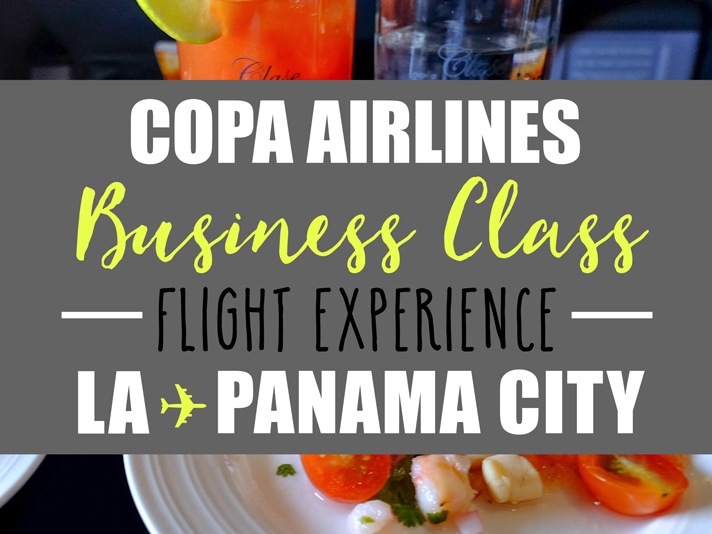 With new aircraft, comfortable interior, and a host of benefits for travelers, the Copa Airlines Business Class experience is a premium service! 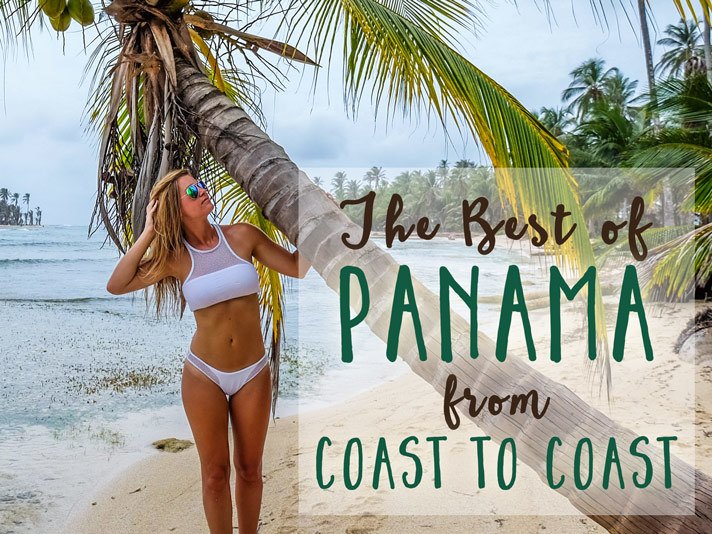 Exploring the Best of Panama from Coast to Coast

Whether you come for the pristine islands of San Blas or for a stroll through the historic Casco Viejo district, here are my tips on the best of Panama! 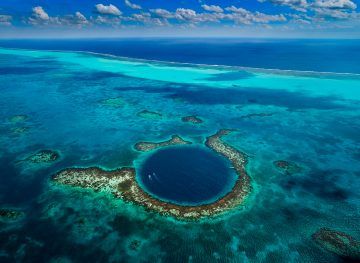 The Beginner’s Guide to Backpacking in Central America

You can enjoy backpacking in Central America as much as any other part of the world. Its possible to save money as you travel & an inexpensive place to go! 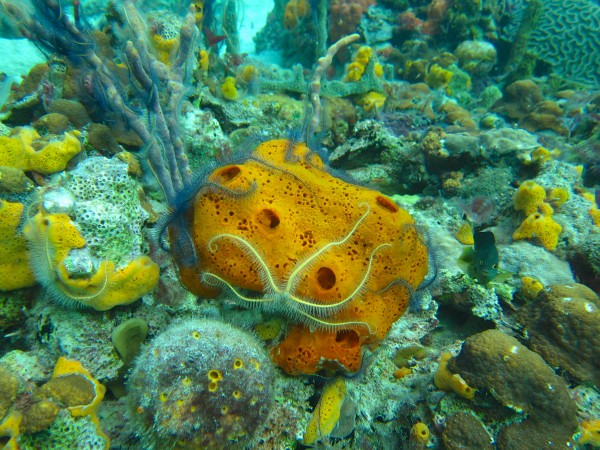 My newfound obsession with diving encouraged me to get PADI Open Water Diver certified while in Panama. I put together a photographic journey through the underwater world of Bocas del Toro. 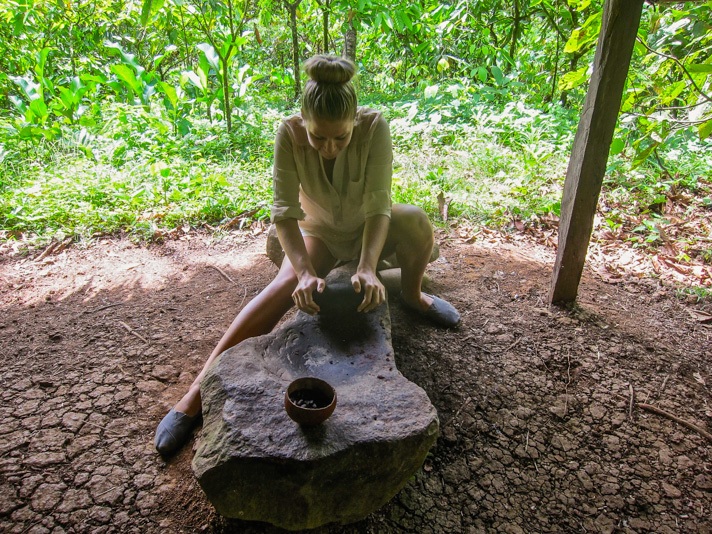 What a delicous and fun thing to try! Here's my experience making organic chocolate in Bocas Del Toro on the Oreba Chocolate Tour. 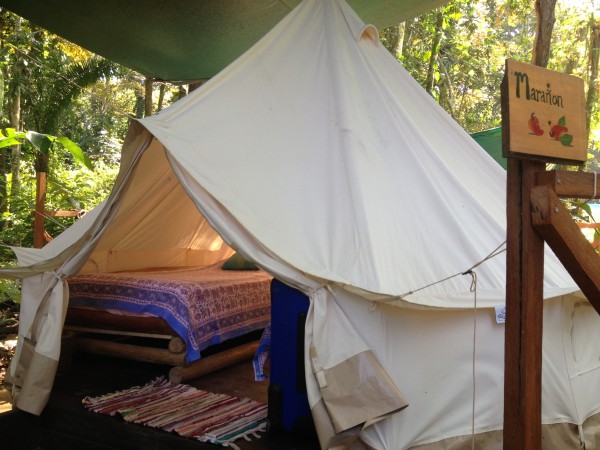 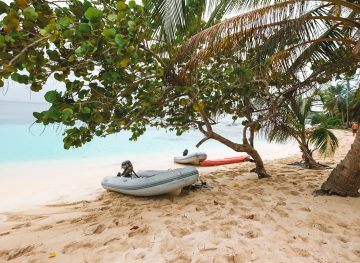 This is the perfect place to get away from daily stresses and get back in touch with nature. Here are some tips to help when visiting San Blas!