Have you ever heard of “The Death Road”? While this harrowing stretch of road in Bolivia is undeniably dangerous, many summon up the courage and decide to cycle it. For those that are looking for the ultimate adventure around Bolivia—this is definitely that!

When I was in Bolivia back in 2012, I decided it would be a great experience to cycle “The Death Road,” also known as the World’s Deadliest Road, or North Yungas Road. I definitely didn’t know what to expect or what was in store, but I knew it was an adventure I wanted to have.

Here’s what you should know before cycling the World’s Deadliest Road in Bolivia! 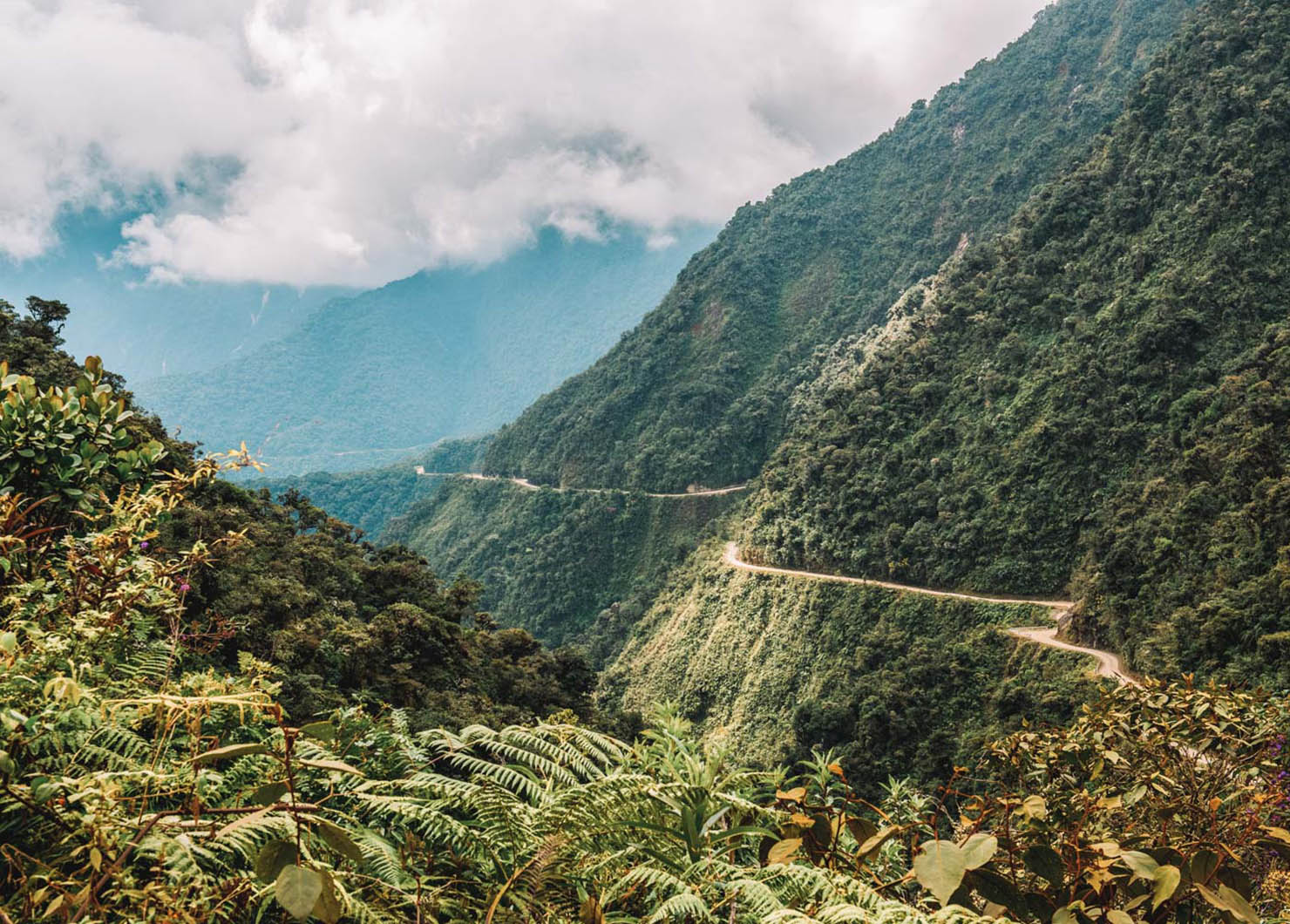 What  Is the Death Road?

Not for the faint of heart, the 43-mile-long stretch through the Cordillera Oriental mountain chain links the Bolivian capital of La Paz with a low-lying region and the city of Coroico via one seriously STEEP road. I’m talking 15,260 feet above sea level.

The road twists and winds toward the Amazon rainforest—and I wouldn’t recommend looking off the side of the road…because it’s a 2,000-foot drop. 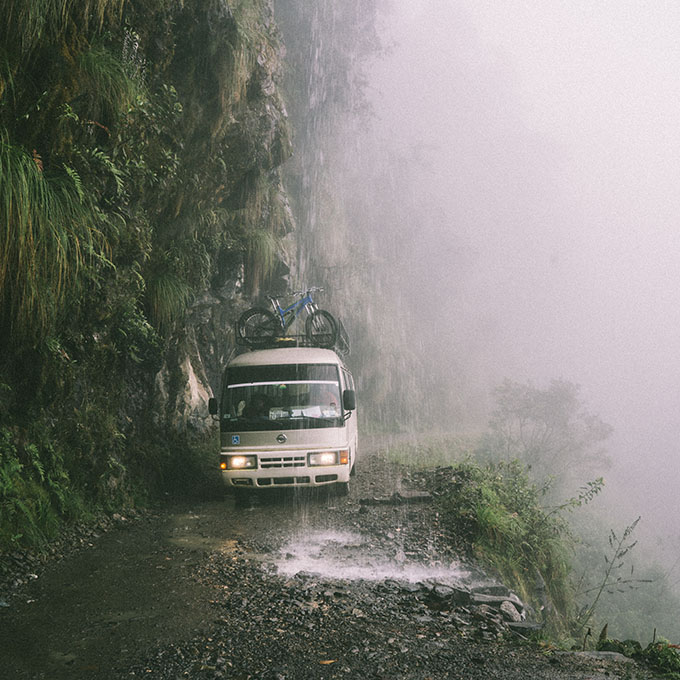 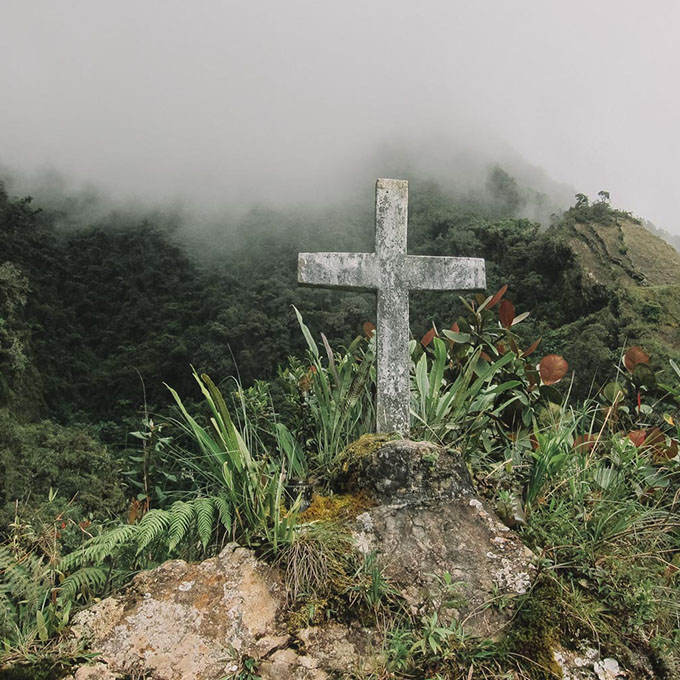 How Did It Get  Its Name?

With a name like Death Road, you can sadly imagine how it got its name. The road has claimed a number of lives as there are no guard rails, visibility can be quite limited, and the stretch of Yungas Road is constantly rainy.

There are reports that upwards of 200-300 people die on the road every year (these numbers usually come from a total of both motorists and cyclists). Because of this, the Inter-American Development Bank named it the “World’s Most Dangerous Road.” 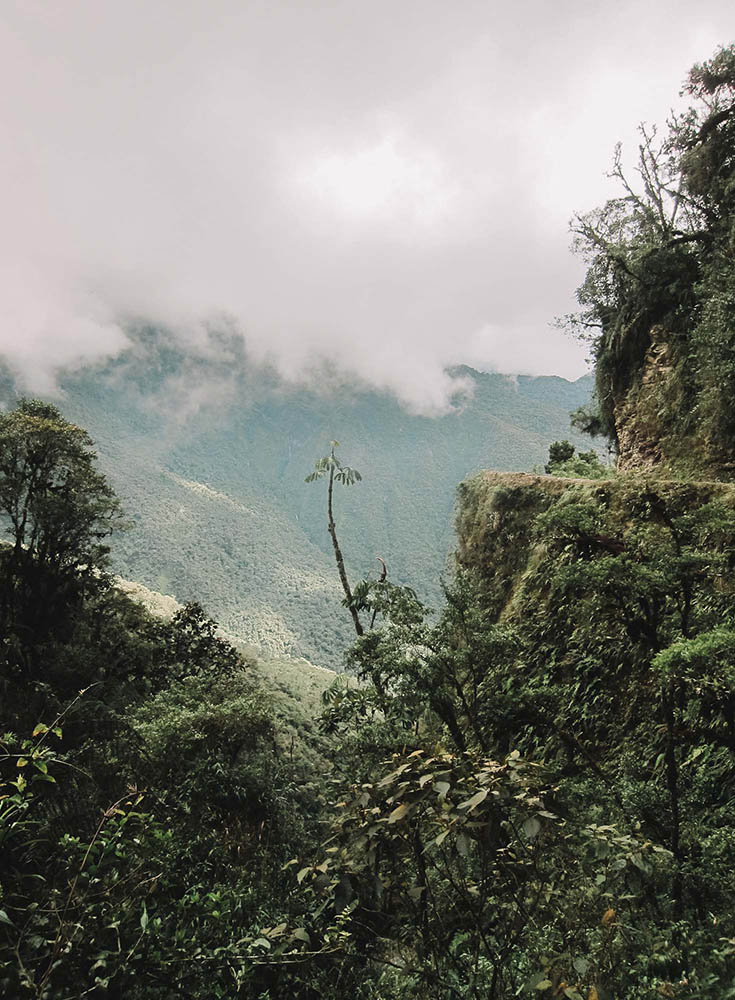 And…You Can Cycle It?

Yes. Again, not for the faint of heart—there are biking tours that will guide you down the long stretch.

Most of the road is around 11-feet wide, some sections are unpaved, and without guardrails. Always be mindful of this.

Because of the weather patterns—the warm and humid winds from the Amazon hit the slopes of the Andes and bring heavy rain and fog—visibility isn’t great. Mudslides and tumbling rocks are common and sometimes you’ll find waterfalls in the cliff sides.

If this interests you, there are a number of tour groups that organize trips for adrenaline junkies. 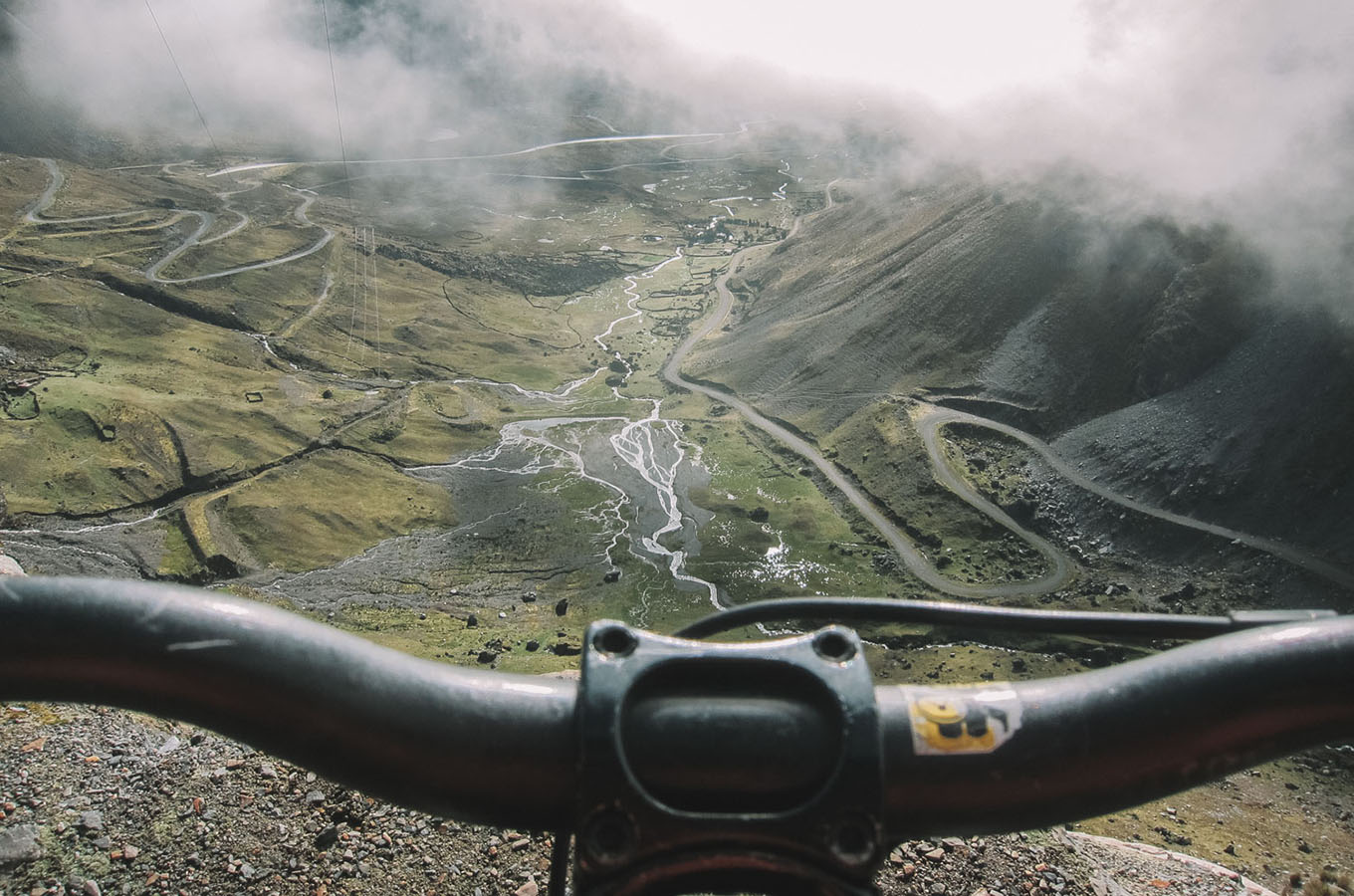 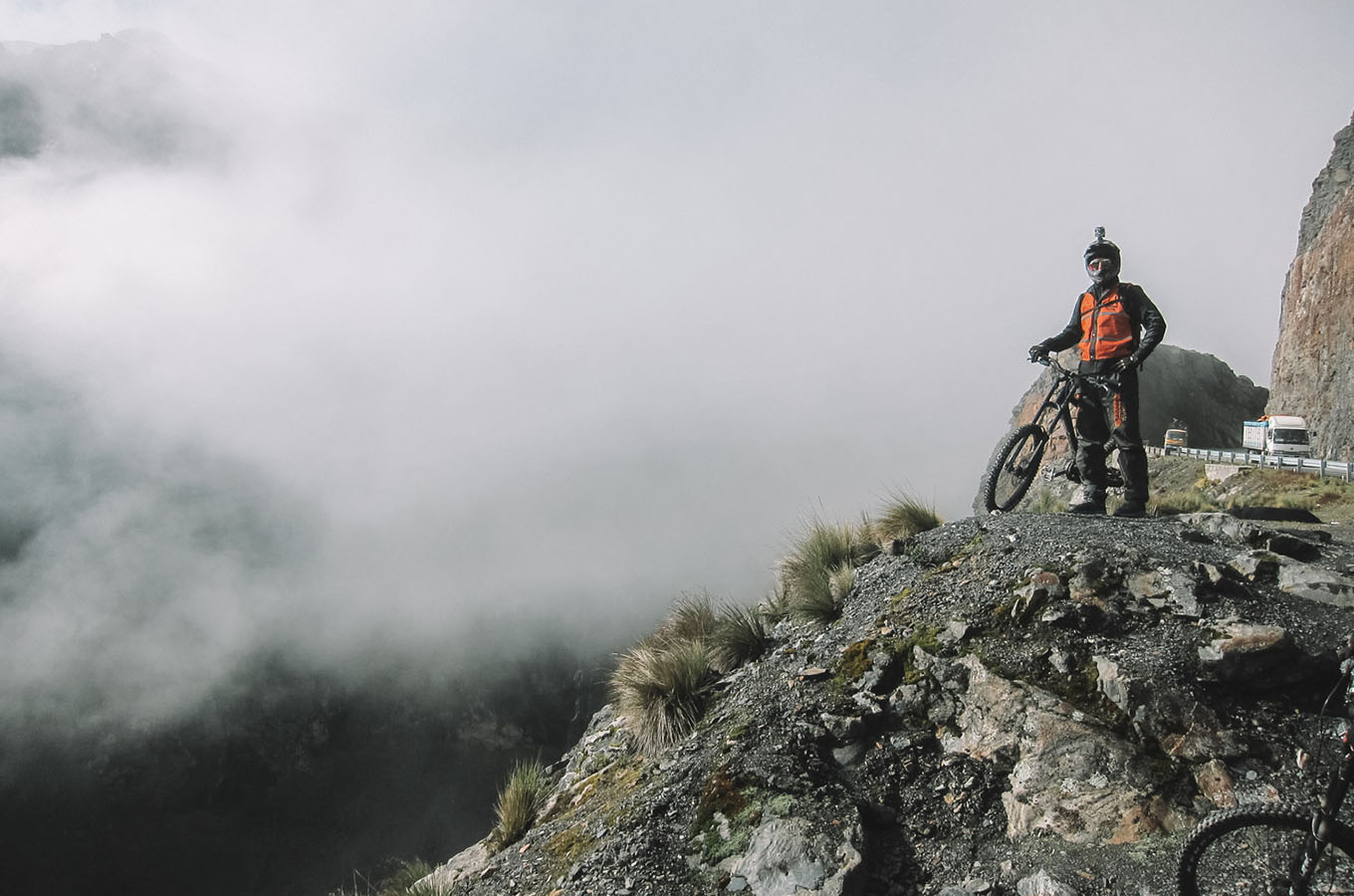 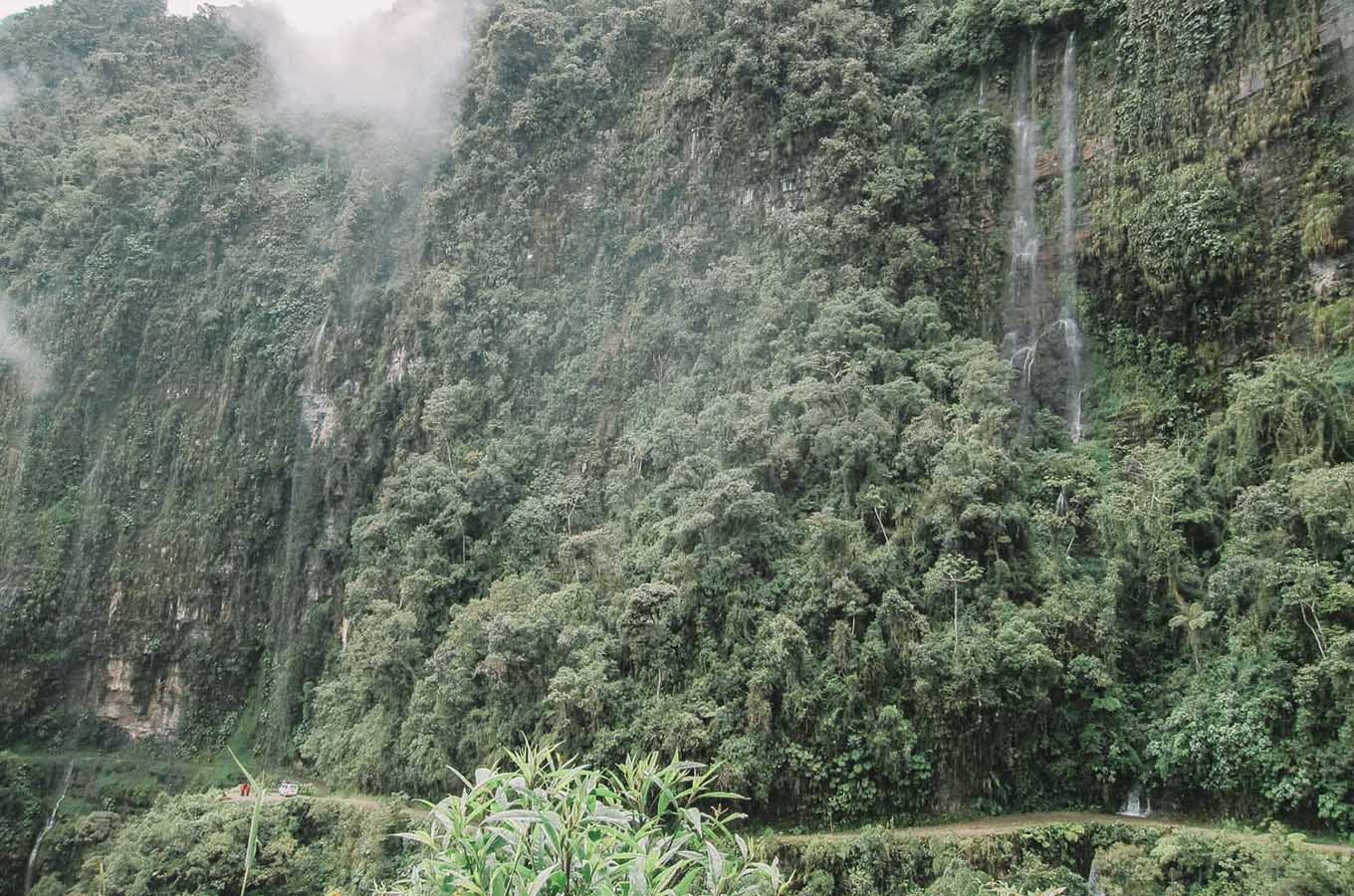 Prices of the tours range from around $50-100. The stretch takes about 5 hours to complete, so it’s not a quick rush by any means.

I won’t say it’s the safest thing I’ve ever done.

For a majority of the time, I had butterflies in my stomach and couldn’t shake the thought of the numerous cyclists who had lost their lives on the road and all the automobile accidents.

I changed into my cycle gear and got a quick rundown on the do’s and don’t’s of cycling down the Death Road before boarding a bus that would take us to our starting point at La Cumbre, high up in the mountains. The starting point seemed innocent enough with paved roads and a somewhat mild downhill slope.

I cycled for about 20 minutes until we reached an absolutely breathtaking scenic lookout where you could see the road stretching out for an eternity. This is when reality began to sink in! I had a full day of unknown ahead of me and things hadn’t even gotten dangerous.

After cycling for almost an hour we reached the beginning of the actual Death Road and said goodbye to smooth paved roads and said hello to a dirt road with loose gravel and deadly drop-offs.

The road was entirely downhill so you never let off the brakes because you felt like you were going too fast but also felt like hitting the brakes too hard would send you tumbling forward headfirst.

Between the intermittent rain, the loose gravel, and the cliff edge to my left, the danger was now very real.

At some points, the road was so narrow only one bike could cross at a time and it seemed impossible that a bus, let alone a car, could ever consider driving the road.

All along the road, there were crosses in remembrance of the lives lost along the road and, with the hazy mist surrounding, it was unbelievably eerie.

By the end, I was exhausted, had more than a few bug bites, and could hardly move my arms.

The tour company will likely provide you with all the gear—including a sort of sweatsuit to wear over your clothes. Be mindful that the downhill ride has a variety of changing temperatures—from freezing to seriously toasty.

If you’re keen, you may want to strap a GoPro to your helmet! 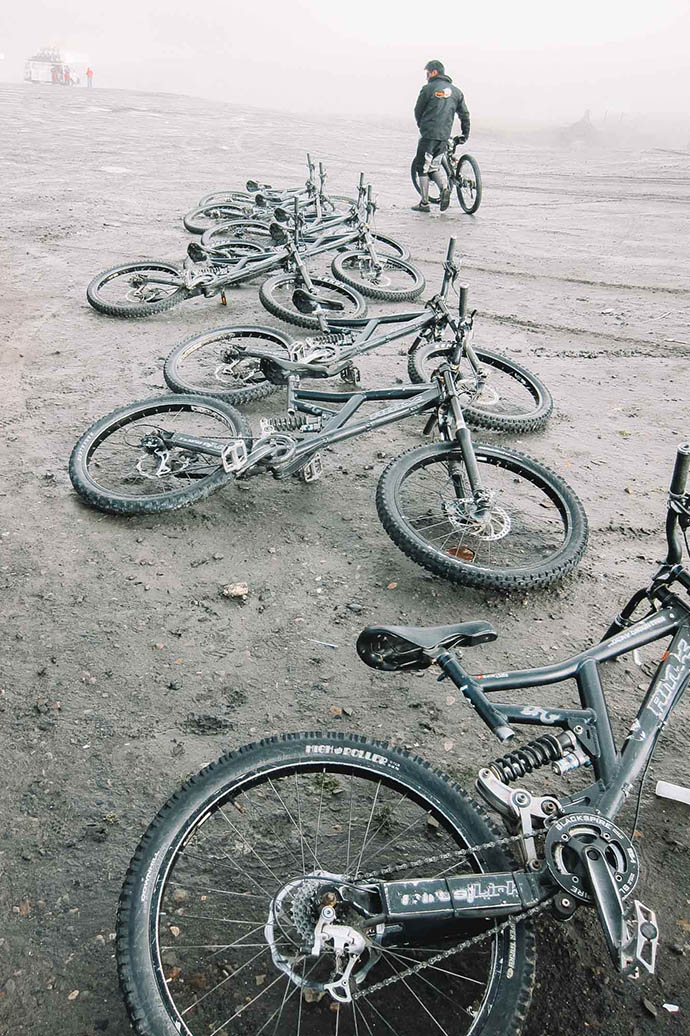 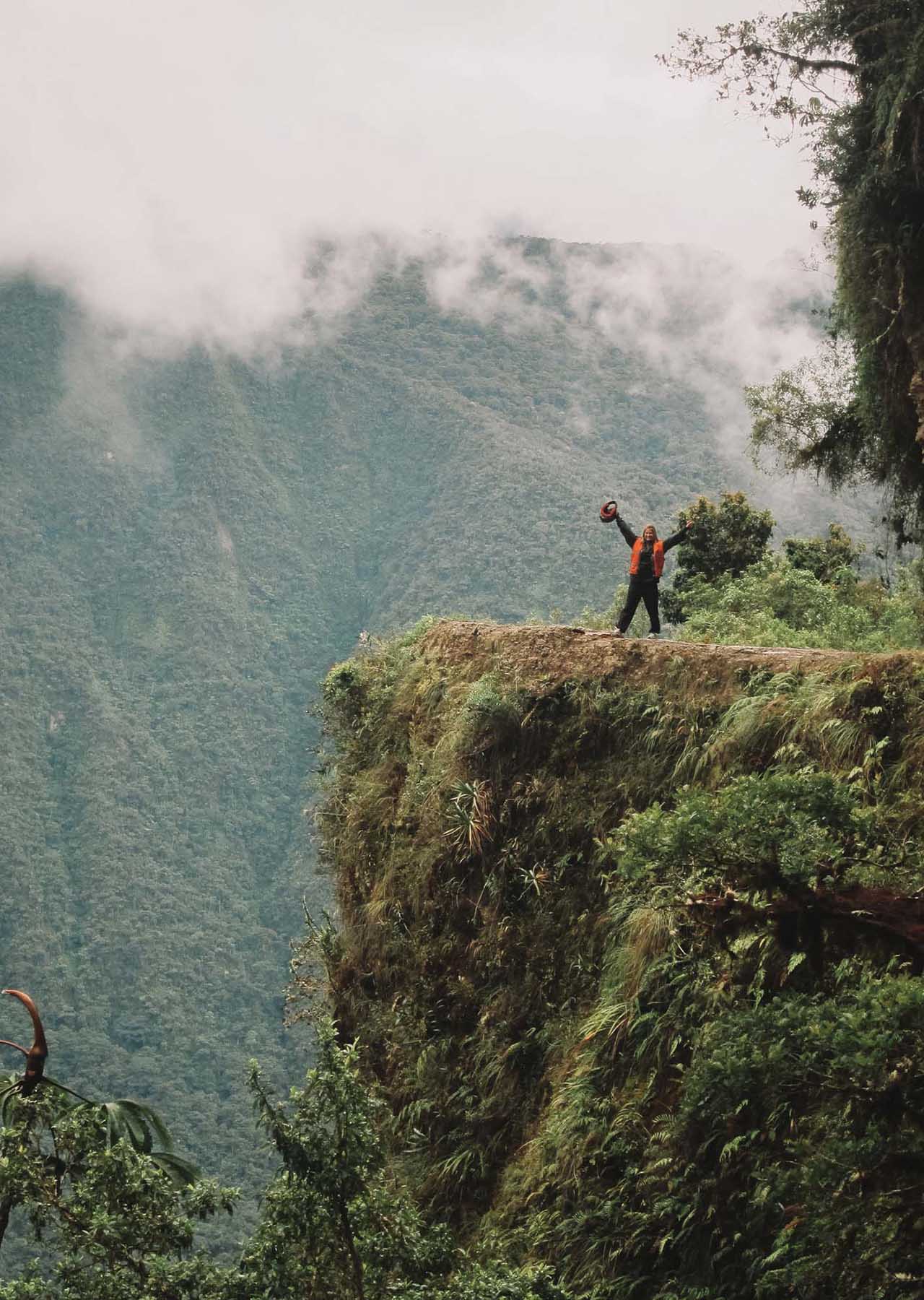 Would you ever cycle down this road or have you done it before? Let me know in the comments below!