Like other coastal countries in Europe, the Netherlands experiences all four seasons, with warm sunny summers and chilly winters marked with rainfall. Because of these seasons changing, choosing the best time to visit the country is fairly easy—as it’s truly dependent on what kind of weather and activities you’re after!

When visiting, you’ll want to decide what’s on your bucket list and determine if you want to avoid the crowds or be part of them. Luckily, this guide will make choosing the best time to travel to the Netherlands a little bit easier!

Here is my guide to choosing the best time to travel to the Netherlands! Springtime in the Netherlands starts out quite unpredictable. In fact, the Dutch even have a phrase “April doet wat het wil” which translates to “April does what it wants.”

The beginning of April can be met with a rollercoaster ride of temps. One minute it is hot and the next you’ll find yourself bundled up begging for hot chocolate. Luckily, things warm up towards the end of the month. This is the perfect time for King’s Day—a public holiday held on the 27th. The locals celebrate with music festivals, canal parades, and fabulous open-air markets.

Come May, the crowds begin to roll in as the weather continues to warm up and summer approaches. Though crowds aren’t a huge issue at this time, popular sites such as the Van Gogh Museum fill up quickly. Luckily there are many spots off the beaten path that are rarely busy and still allow you to get the full Netherlands experience. 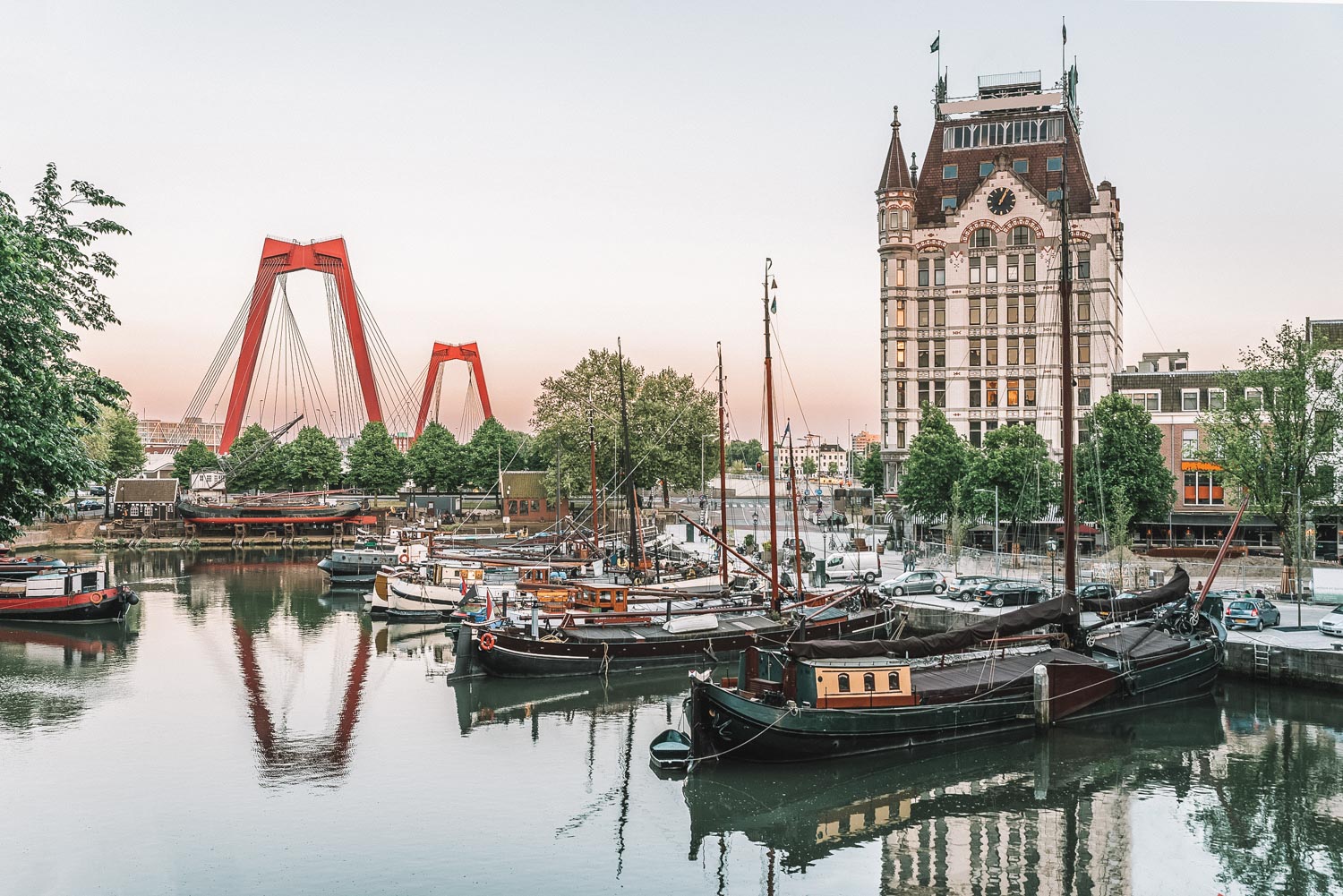 If you’re looking for never-ending days, summer in the Netherlands is for you. With the sun not setting until around 10 pm, the days seem to last forever. This is the perfect time to visit the country’s golden beaches.

Keep in mind that come July, the tourists have officially arrived as everyone is trying to take advantage of the warm weather. Who wouldn’t want to spend their days strolling the canals and grabbing a drink at one of the many bars?

If you still want to experience the Netherlands in the summer but don’t want big crowds, cities such as Rotterdam, Utrecht, and Hague are noticeably less busy than Amsterdam.

August is the time for festivals. Starting with Pride in Amsterdam, there’s also Lowlands (a popular music festival) in Flevoland and Into the Great Wide Open, an alternative art and music festival held on Vlieland Island. Fall is arguably one of the best times to visit the Netherlands. Even though the summer has officially ended, there are still plenty of events going on.

For example, in Zundert, a world-renowned flower parade is held. Floats shaped like animals, mythological creatures, and human figures are made of thousands of flowers. Later on in September, Dam to Damloop, a 10-mile road race in Amsterdam is held, attracting thousands of athletes.

Music lovers can get their fix at one of the world’s largest EDM festivals, Amsterdam Dance Event (ADE) in October. Venues throughout the city also host club nights, pop-up DJ sessions, and more.

November officially marks the beginning of winter in the Netherlands. The temperature drops considerably however, it’s one of the best times to visit national parks like the Zuid-Kennemerland De Loonse en Druinen.

As the temperatures continue to drop in December, everything becomes cozy for Christmas. Christmas markets begin to appear. At the stalls, you’ll find vendors selling speculaas cookies (sooo delicious!) and wooden decorations. If you’re there on December 5th, you can experience Sinterklaasavond, the main gift-giving holiday.

During this day, families come together and share presents and plenty of food!

January and February are much slower once the holidays are over and locals tend to retreat back indoors. Luckily, if you don’t mind the cold, winter isn’t too harsh in the Netherlands, with temps in the low 40s. Museums also stay open during the time of year, so if you find yourself getting too chilly, you can stay warm in one of the many museums (sans crowds).

Every month in the Netherlands offers a different experience. Whether you’re looking to stroll down the canals of Amsterdam during the summer months or you want to bundle up and enjoy a hot drink at one of the Christmas markets, there truly is no right or wrong time to visit the Netherlands.

Have you ever traveled to the Netherlands? What time of year did you go?