West Hollywood (a.k.a. WeHo) is a hip, premium destination in Los Angeles, and right in the middle of everything you could want to do on your trip to Los Angeles. Home to the Sunset Strip, this is where you’ll find pioneers of the motion picture industry and major activists of LGBTQ+ rights. With a unique and welcoming atmosphere, it’s all about trailblazing fashion, design, and dining here. Check out all of my tips in the ultimate West Hollywood travel guide before planning your next trip to LA! 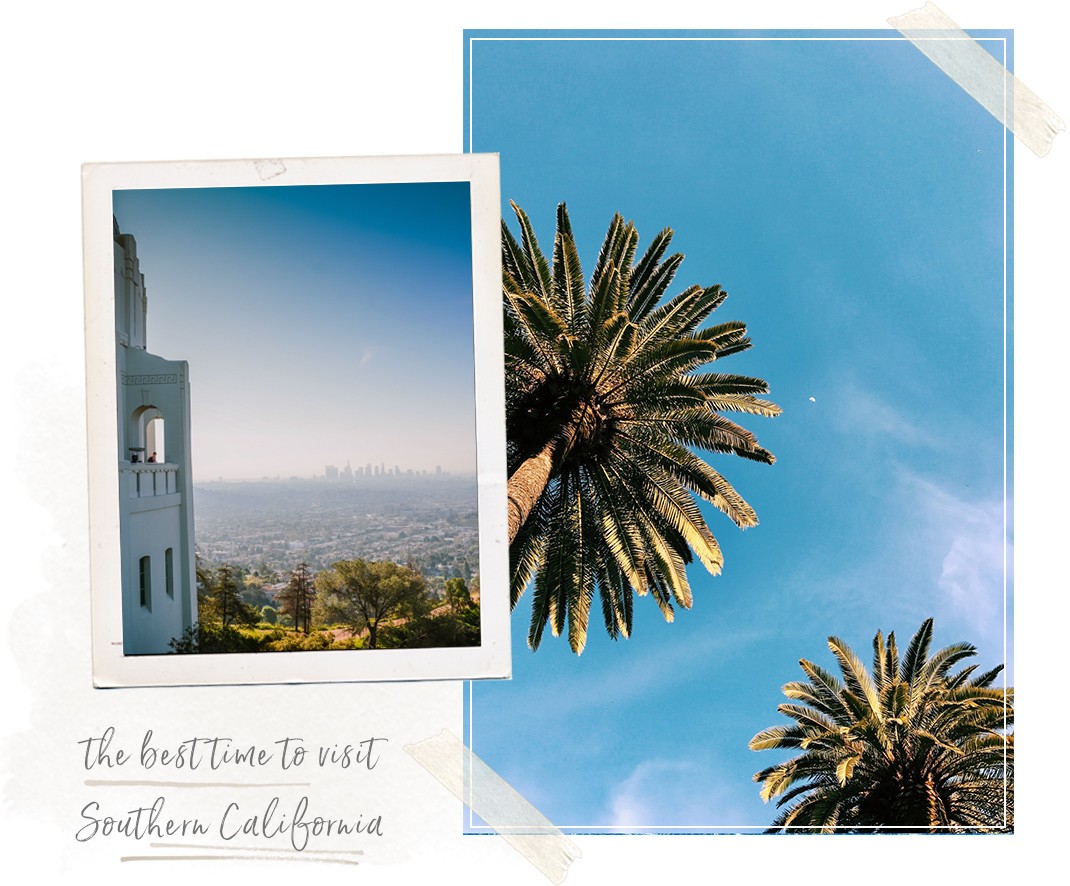 What to Expect in West Hollywood

West Hollywood invites style, creativity, expression, and 24/7 entertainment. Besides the bold identity that WeHo has made for itself, it is warm and welcoming!

You’ll find local businesses blended with world-class urban architecture, and of course, top-of-the-line shopping and restaurants. From WeHo, you can access any part of Los Angeles—walk the Sunset Strip, wander Melrose District, or explore the arts at LACMA!

Climate: Temperatures in West Hollywood are generally mild year-round. Spring, summer, and fall are warm, dry, clear and bright, with the exception of some “May Gray” and “June Gloom” overcast days.  Read more about The Best Time to Travel to Southern California here!

And if you’re looking to explore the area for a few days, don’t miss my Ultimate 4-Day Los Angeles Itinerary!

Getting Around in West Hollywood

Located in Los Angeles, West Hollywood has TRAFFIC! The city traffic tends to be congested so it’s best to stay off wheels but if necessary, get dropped off so you don’t have to find parking.

WeHo is named the “Most Walkable City in California,” and its surrounding infrastructure makes it easy to get around (though I can’t say the same about the rest of LA)! Made up of only 1.9 square miles, you’ll find endless energy, style and fun around every corner in WeHo.

Car: With most places in California, the public transportation isn’t great, so if you’re spending a bit of time in L.A. I would recommend renting a car. If you’re staying central, and are only in town for a few days, don’t waste the time and money trying to park in the city!

Uber + Lyft: If you plan to stay in WeHo, you don’t need to rent a car, but be sure to download the Uber App as you’ll need to use a cab. Bus service exists, but Uber is more efficient.

Metro: You can ride the Metro from WeHo to downtown, but avoid late-night rides. 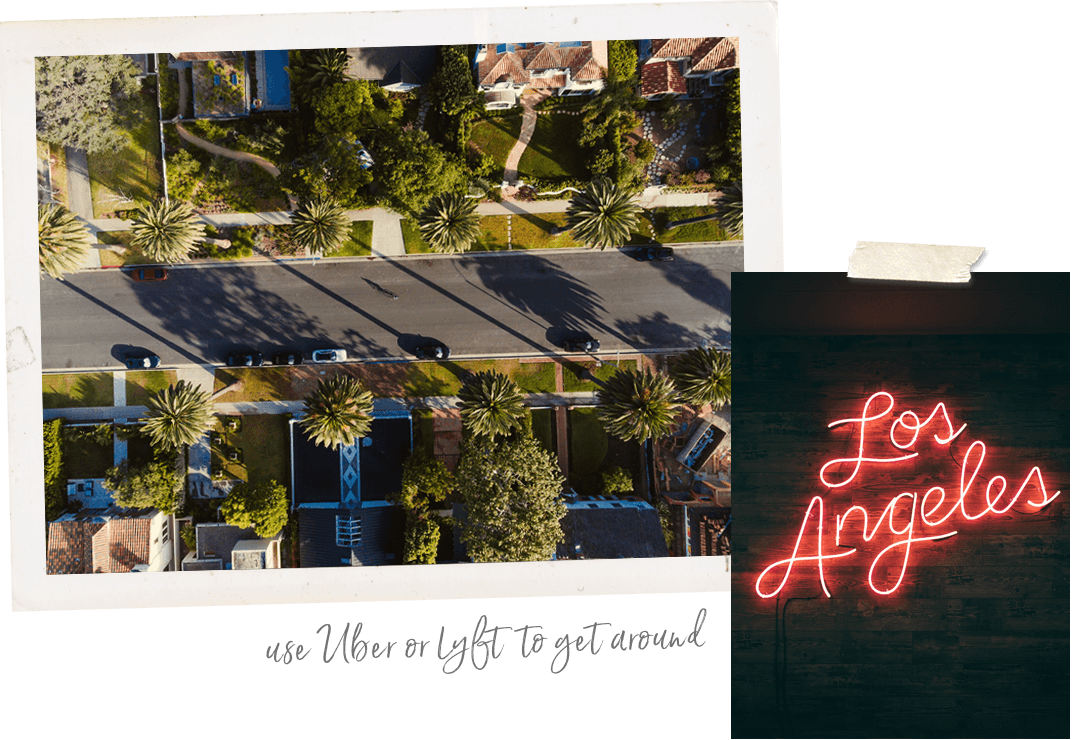 Travel Tip
No matter how you get around West Hollywood, plan for delays because there is always traffic. 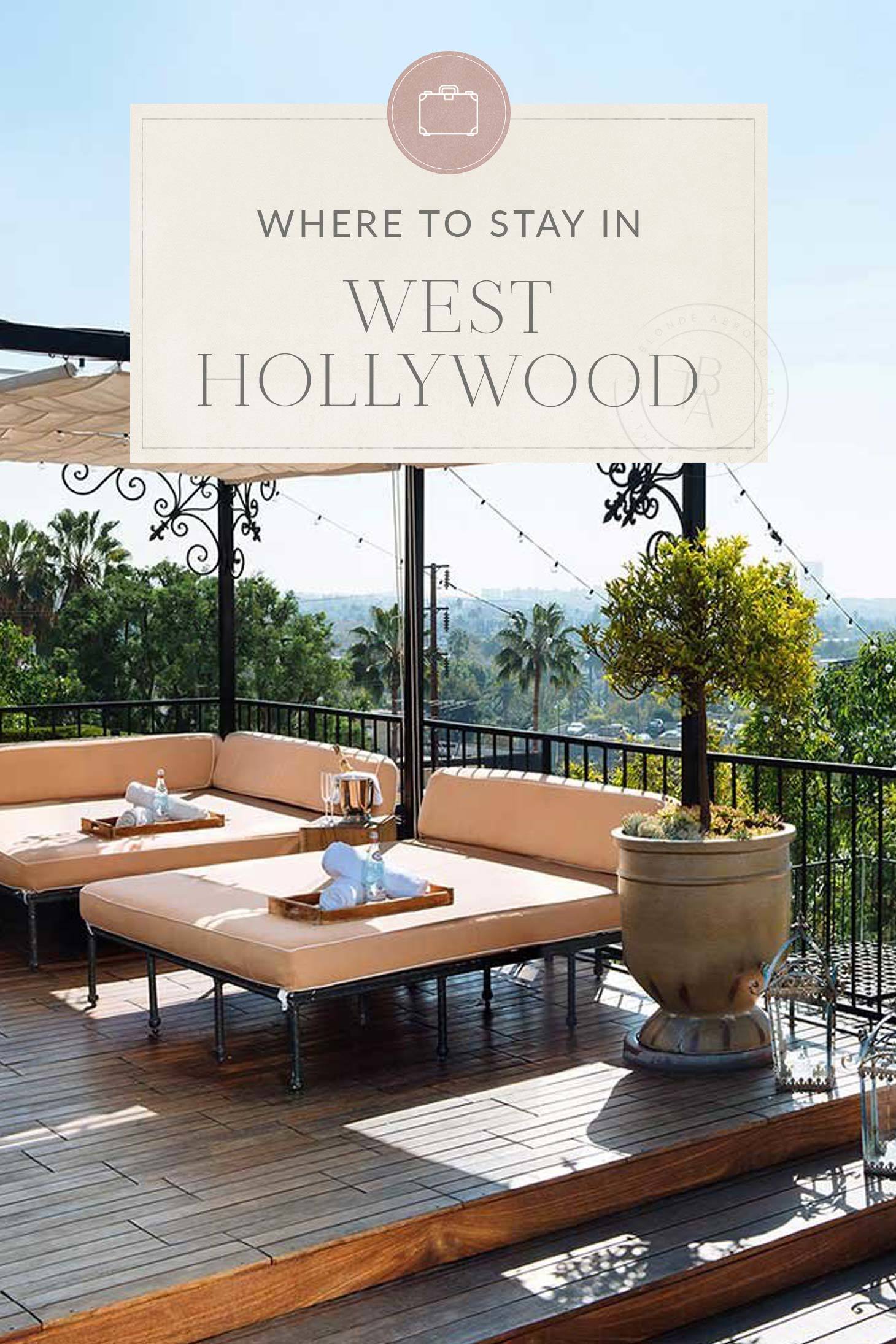 Where to Stay in West Hollywood

West Hollywood is a lively neighborhood in the greater Los Angeles area, so you’ll find some great accommodation options—from quaint bungalow rentals to luxury, first-class hotels fit for the celebs.

Here are the top hotels around West Hollywood—and you can find more gems in my roundup of The Best Boutique Hotels in California and The Coolest Vacation Rentals in Los Angeles!

Petit Ermitage is my favorite hotel by far! It is a charming boutique hotel with an intense feeling of La Vie Bohème. The interior is beautiful, elegant, and cozy, and is designed to make you feel like you’ve been transported back in time. With its rooftop pool and proximity to hip Santa Monica Boulevard (walking distance!), what’s not to love? 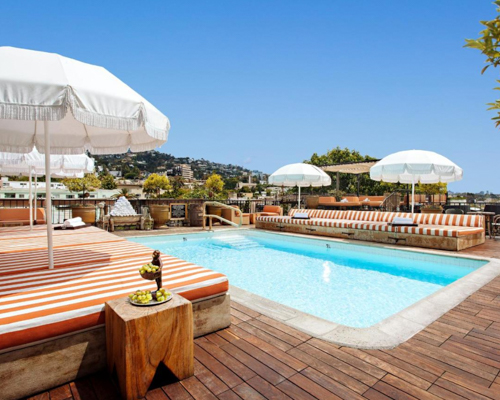 For cheaper options or more unique properties, try VRBO first—there are tons of unique rooms and houses available, and usually cheaper than hotels! 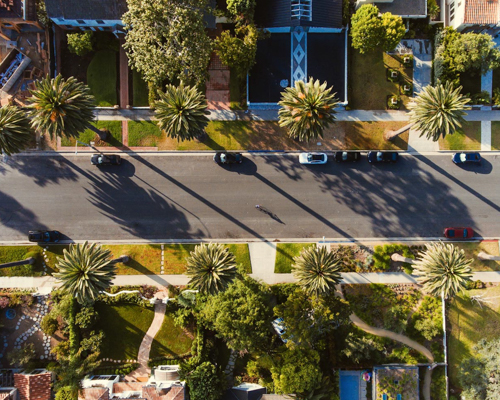 If you really want to pamper yourself, book a few nights of luxury at The London. This glamorous, all-suite hotel, will make you feel like a Hollywood star. It offers spacious suites, most of which come with a private terrace and premier view of the chic Hollywood Hills. 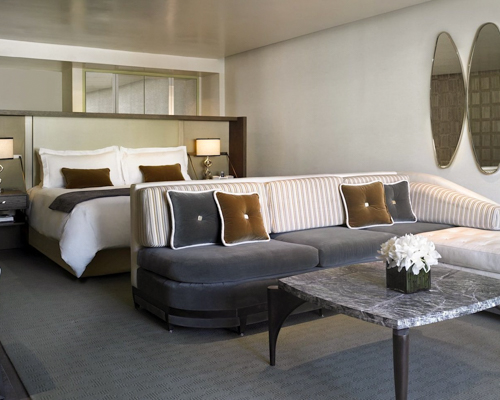 The chic and trendy Mondrian is right on Sunset Strip and it sure knows it. With pearly decor, a teak deck pool, and the classy restaurant—Ivory on Sunset—it dresses to impress. Standard rooms, suites, apartments, penthouses galore, with prices starting from $369 per night.

The Andaz West Hollywood is a very stylish hotel, and the rooms are modern, with a fantastic view to top. They offer complimentary drinks, snacks and coffee in the room, and did I mention the beds?! 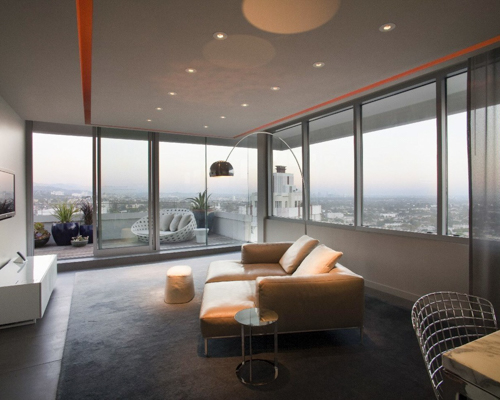 Where to Eat in West Hollywood

Los Angeles has every kind of cuisine you could imagine! Depending on what you’re looking for, you might want to make dinner reservations ahead of time if the spot is popular and typically busy.

I’ve rounded up my favorite cafes, restaurants, and markets below—here are the best places to eat around West Hollywood!

With three spots in Los Angeles, this is a great spot for your morning brew—just look for their adorable yellow coffee truck! Great coffee, tea, and breakfast options. 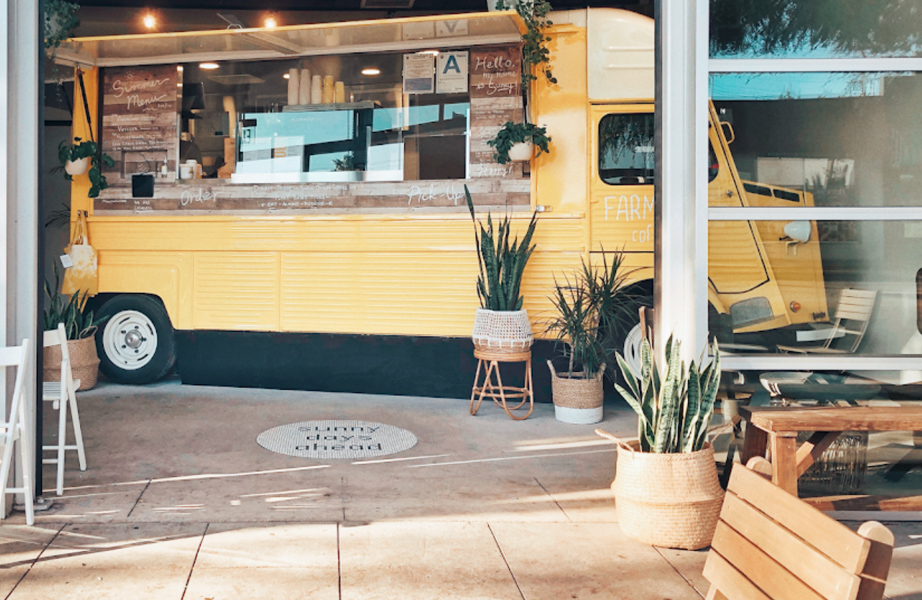 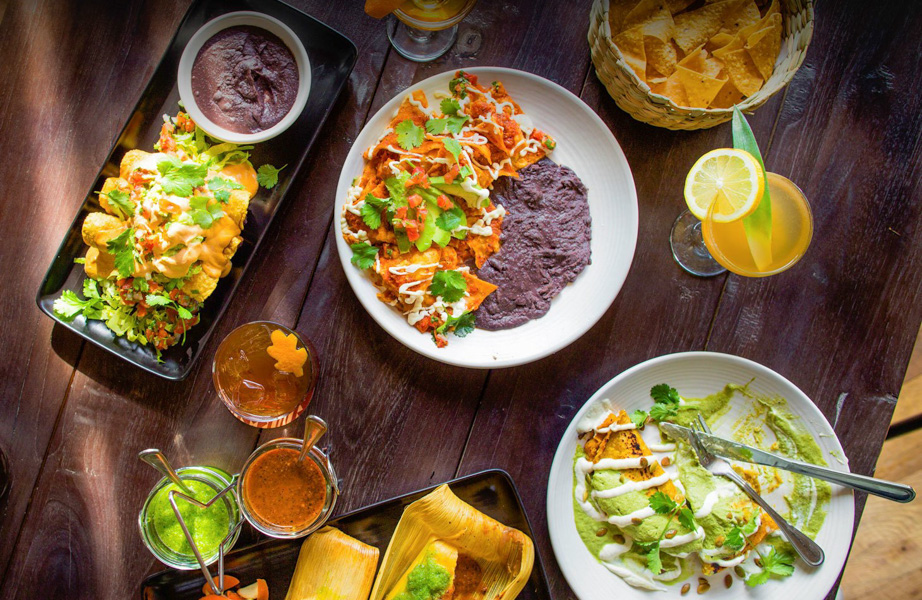 With a spot in Hancock Park, Café Gratitude serves up delicious and healthy sandwiches, wraps, and more. It is perfect for lunch! 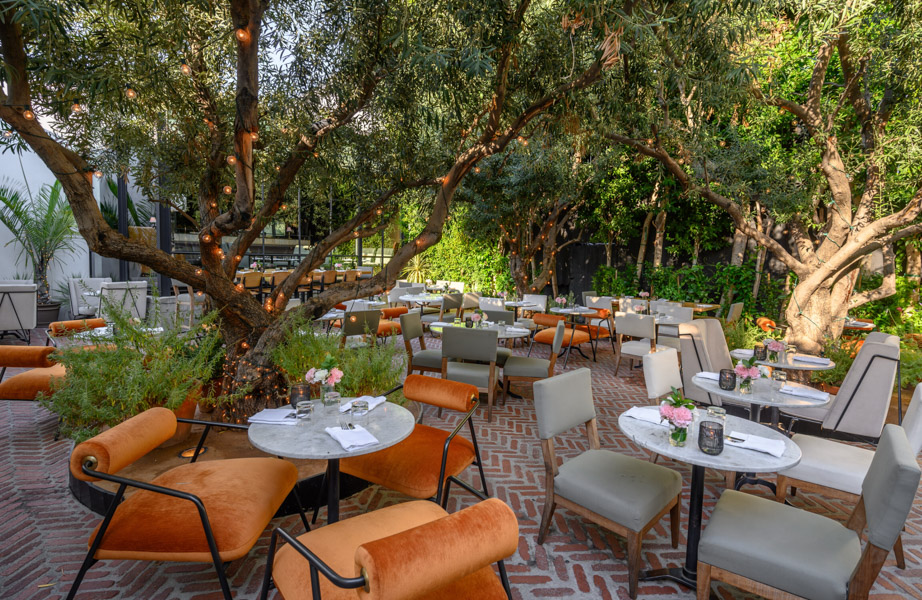 If you know me, you’re obsessed. Nothing is so quintessentially Californian as the fast-food joint In-N-Out Burger. Grab a burger, hand-cut fries, and a thick shake. My Order: A grilled cheese animal style with chopped chilies, yum! 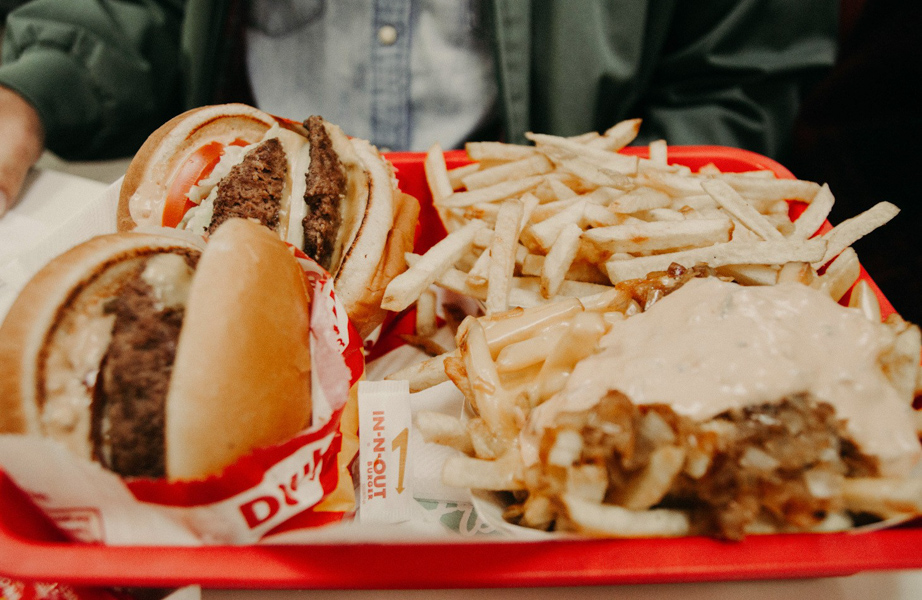 This gourmet marketplace will have your mouth watering with items like apricot-glazed ham, fried chicken with jalapeño, coleslaw, and chicken milanese. 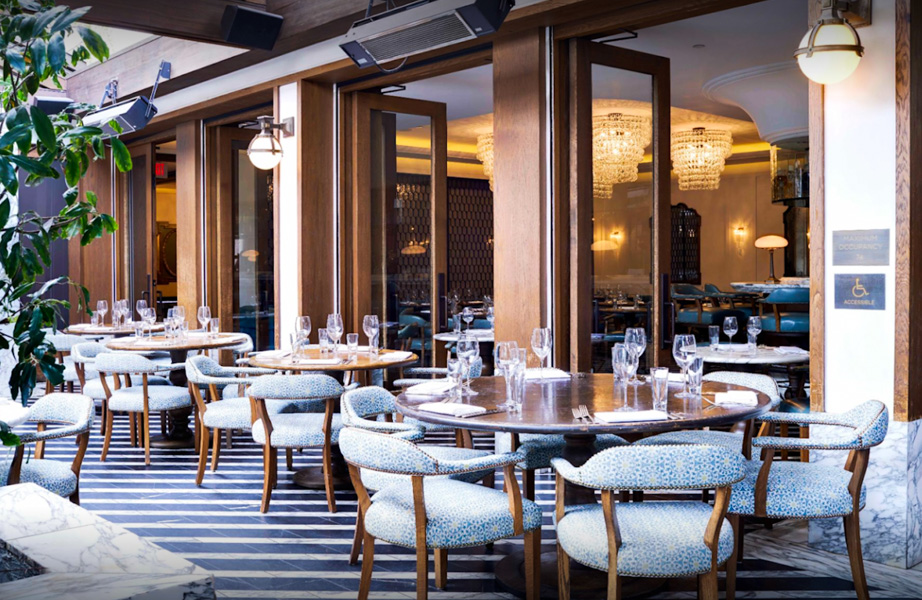 Huge portions, delicious food and fluffy pancakes! This is the perfect breakfast spot in West Hollywood—just be sure to get there early or be prepared to wait for a table!

Located inside the Sunset Tower Hotel, this bar will give you all the feels of Old Hollywood! Enjoy the view of Hollywood and downtown L.A. all while sipping on some tasty drinks.

Stop at Urth Caffé for your organic blends. There’s one on Melrose Avenue with a cozy outdoor patio. You’ll find a great selection of teas including matcha and tisane. 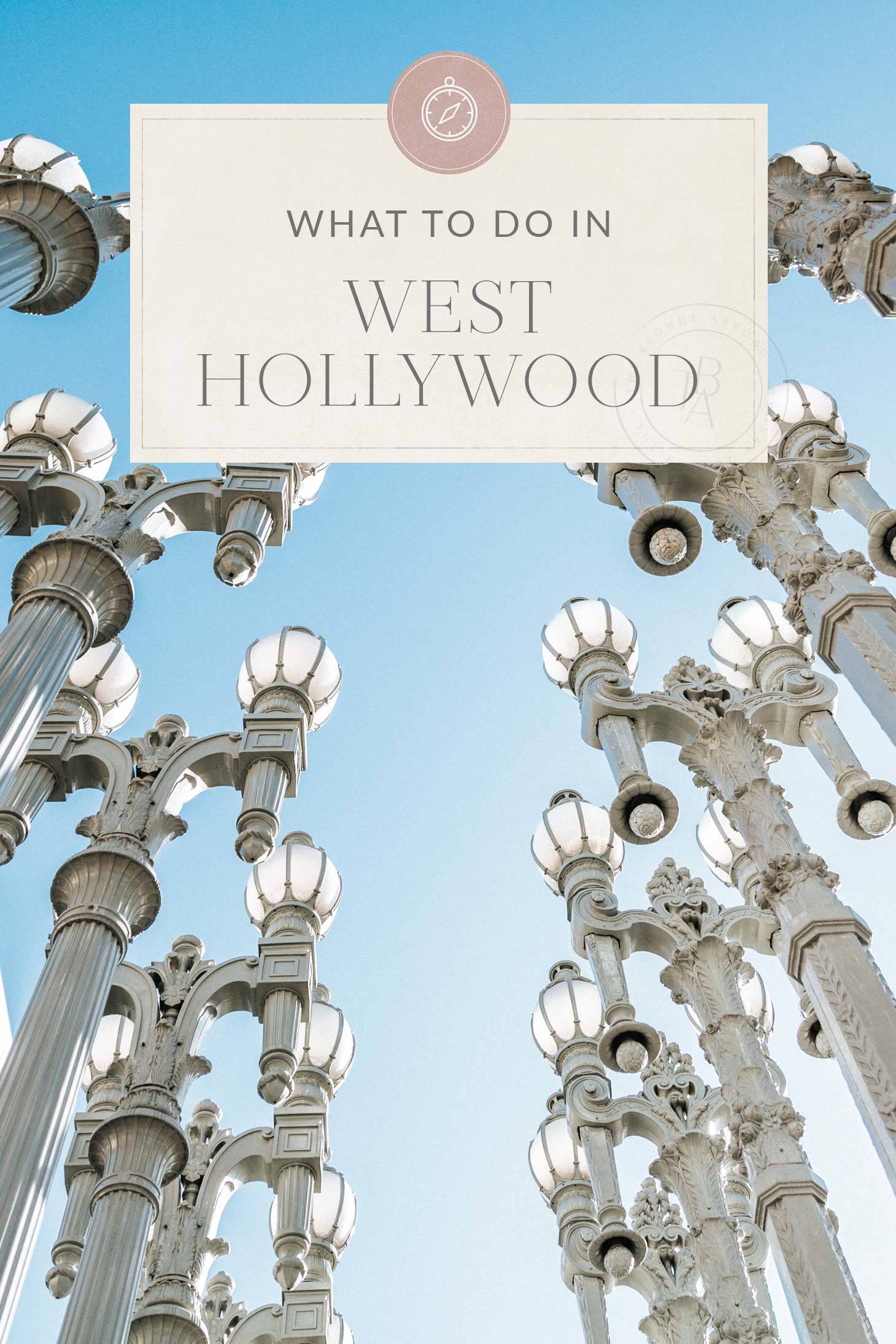 What to Do in West Hollywood

West Hollywood is full of life and there are always so many things going on! Be sure to check for festivals, concerts, and shows during your trip. I’ve listed out the top things to do around West Hollywood below, and for more hidden gems check out 10 Things to Do in Los Angeles (That Aren’t the Hollywood Sign) and my The Ultimate 4-Day Los Angeles Itinerary.

Here are the top activities to do around West Hollywood!

The observatory is a cool place to check out the cosmos, see space-related displays, and get a stellar view of the Hollywood sign. You can look through telescopes and enjoy live shows in the planetarium. 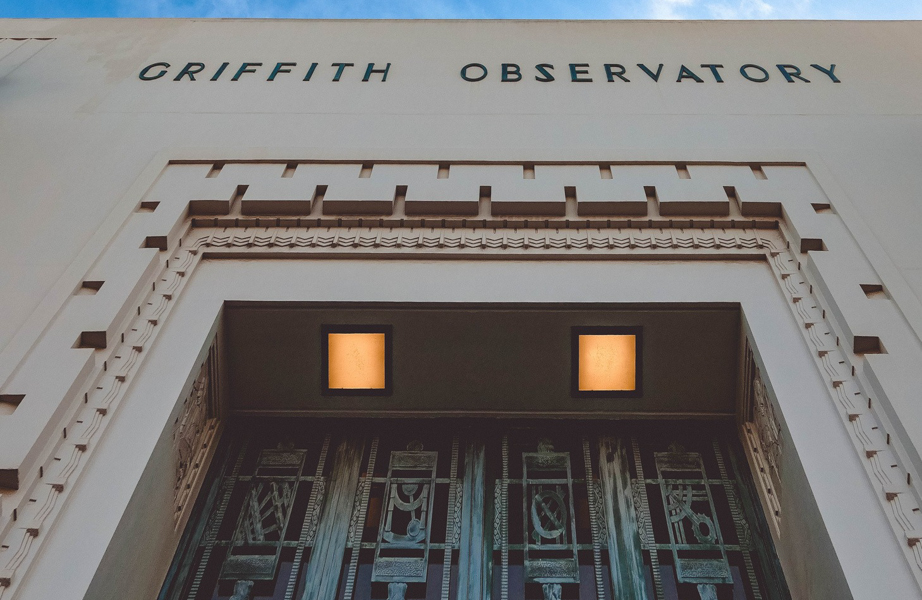 During summer months, you’re on the lookout for an amazing party with vivacious energy and nighttime music, check out West Hollywood’s WET pool deck at the W Hotel. Enjoy its crazy vibe and dive into wild and wet parties Friday through Sunday.

Just a light hike will take you up and behind the Hollywood sign for some fantastic panoramic views. Choose from three routes: Mt. Hollywood Trail, the Canyon Boulevard Trail, and the Cahuenga Peak Trail. 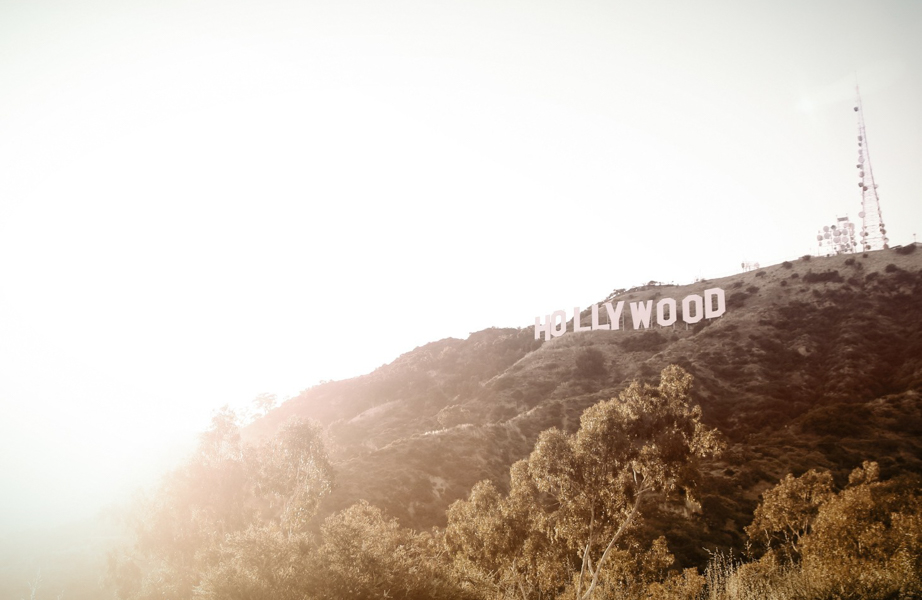 Outdoor enthusiasts should stretch their legs at the 160 acres of Runyon Canyon Park. The park is located below the Santa Monica Mountains and has routes for varying degrees of difficulty. It is particularly popular with dog walkers as off-leash walking is permitted. 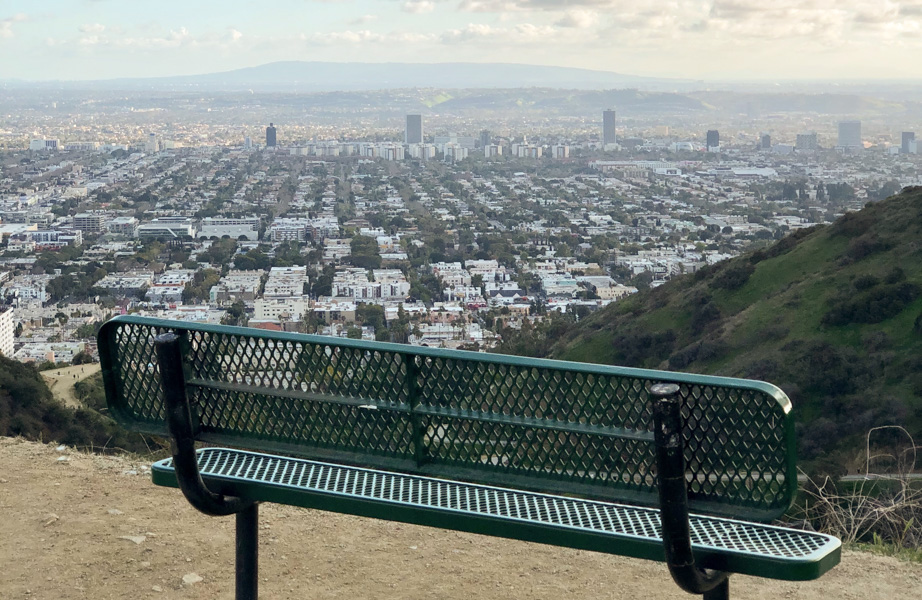 The Grove at Farmers Market

Foodies should try the Farmers Market on the corner of 3rd Street and Fairfax Avenue. Featuring more than 100 restaurants, food trucks, produce stalls, and souvenir shops, it’s the place to go for delicious bites!

The Hollywood Bowl is a 1920s amphitheater, which holds a variety of concerts; be sure to buy tickets as soon as you can shows sell out quickly! 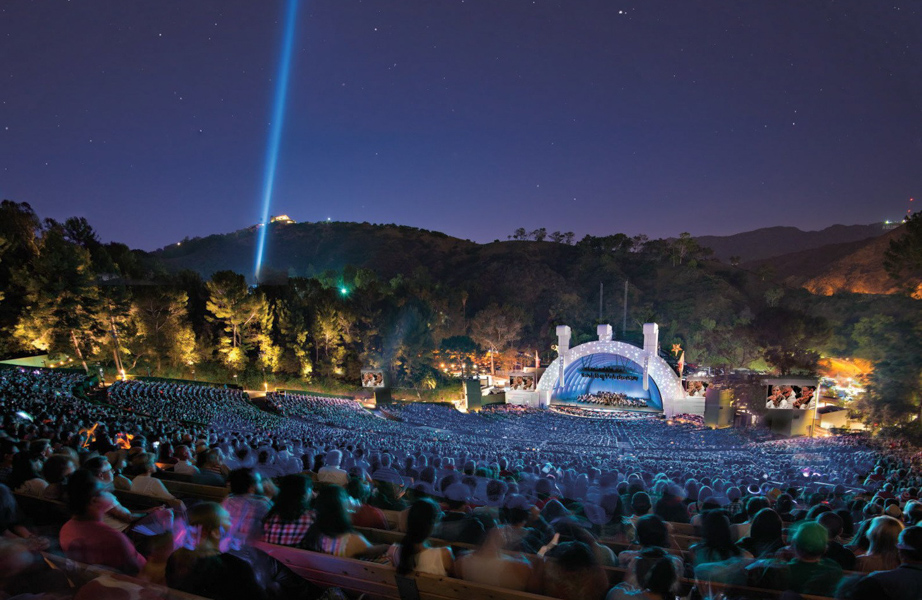 Cinespia plays host to outdoor movie nights and is complete with pre-show DJs and themed photo booths. Bring your blankets, picnic basket, and drinks for the full experience.

The Los Angeles County Museum of Art is a perfect place to stroke your inner artisan. The beautiful Urban Light is a large sculpture at the entrance and is an installation of 202 restored street lamps from the 1920s and 1930s. 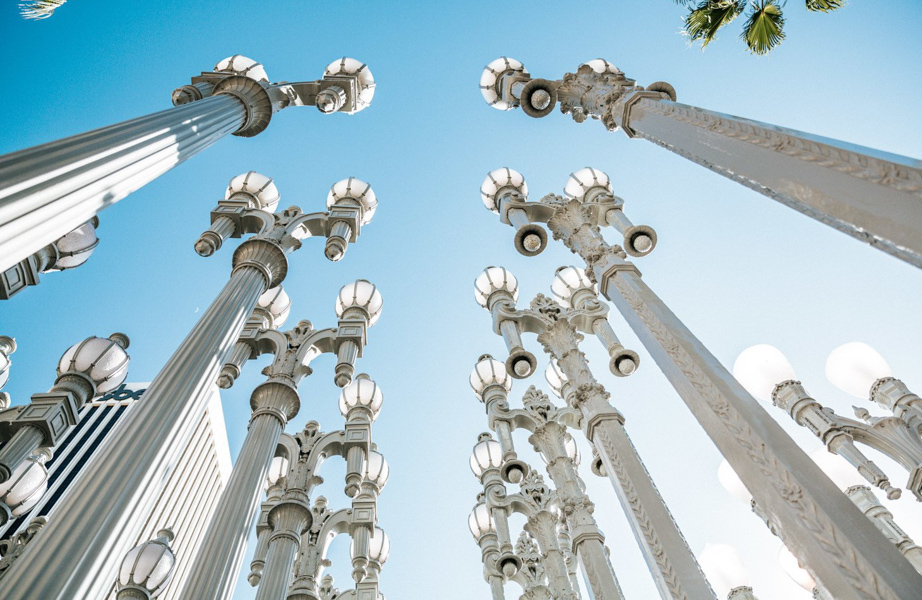 When coming to Los Angeles, most travelers fly into Los Angeles International Airport (LAX), which is about 12 miles from West Hollywood, but some smaller flights could fly into Burbank Bob Hope Airport (BUR), which is also about 11 miles from West Hollywood. LAX is a bit of a circus with their current renovations, so if you can avoid it, I'd recommend flying into Burbank. 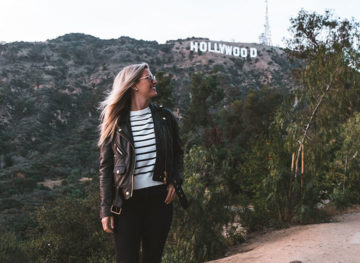 From the glitter of Hollywood to the laidback SoCal vibe of Venice, here’s your guide to the perfect four-day itinerary for Los Angeles! 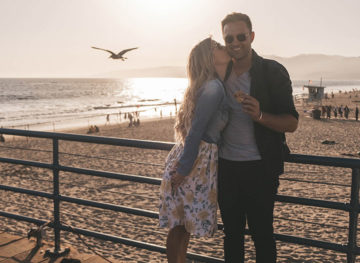 Ready to see the real LA? Here are ten things to do in Los Angeles that aren’t the Hollywood sign. 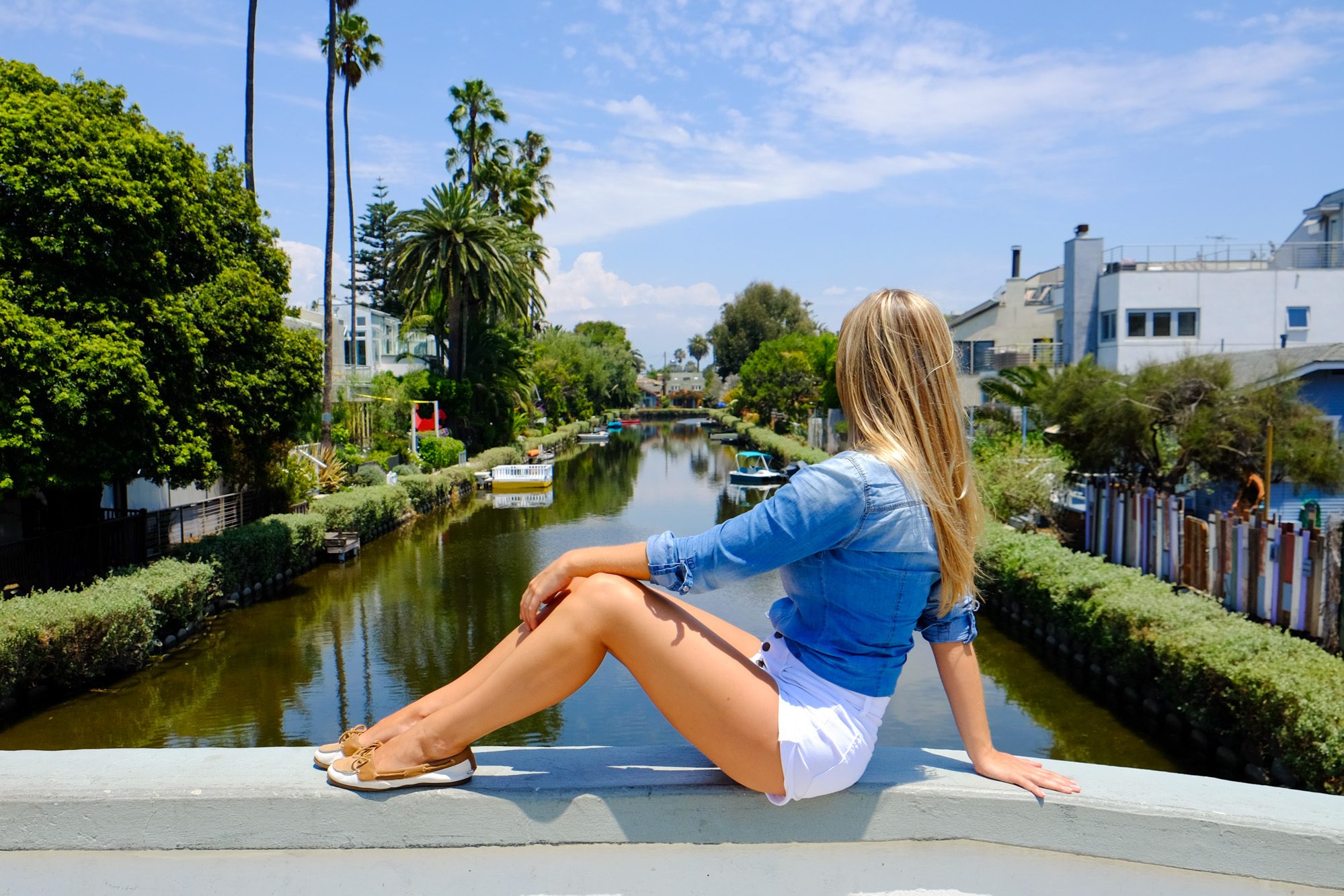 Venice Beach has blossomed into a hip, cultural mecca just a short drive from Central LA. Check out my ultimate guide to Venice Beach for a fun weekend! 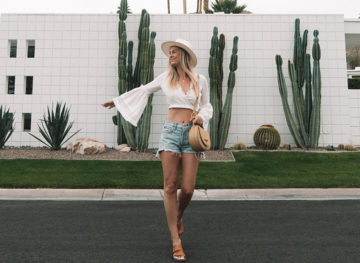 10 Places to Visit in California (That Aren’t Los Angeles)

From Mendocino to San Diego, here is your guide to 10 incredible places to visit in California (that aren’t Los Angeles). 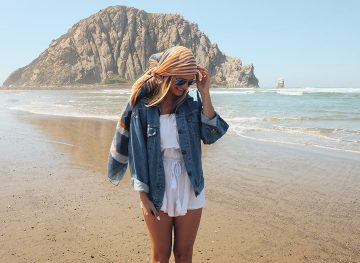 Ready for the ultimate California road trip? Get a convertible, pack your bikini and prepare for the adventure of a lifetime down the Pacific Coast Highway! 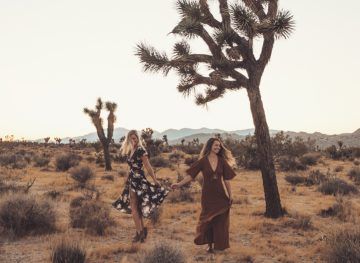 16 Things to Do in Southern California

With dive bars, designer boutiques, and divine beaches, there is truly something for everyone--here's my favorite things to do in Southern California! 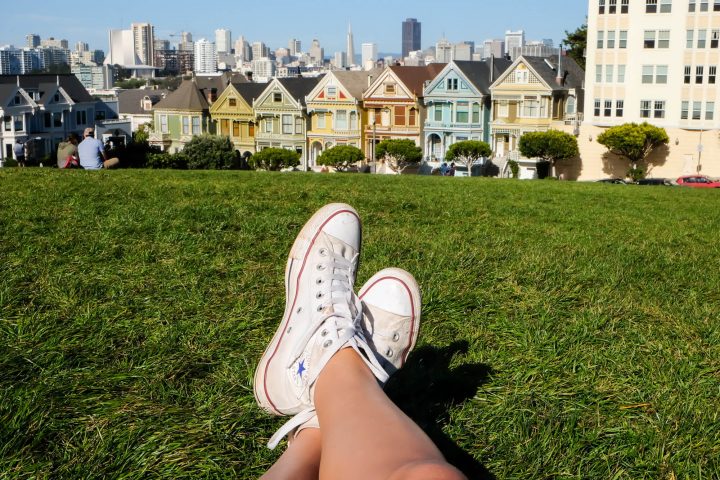 For the perfect "sampler platter" of sights and activities on a California coast road trip, I recommend planning 3 days from Los Angeles to San Francisco. 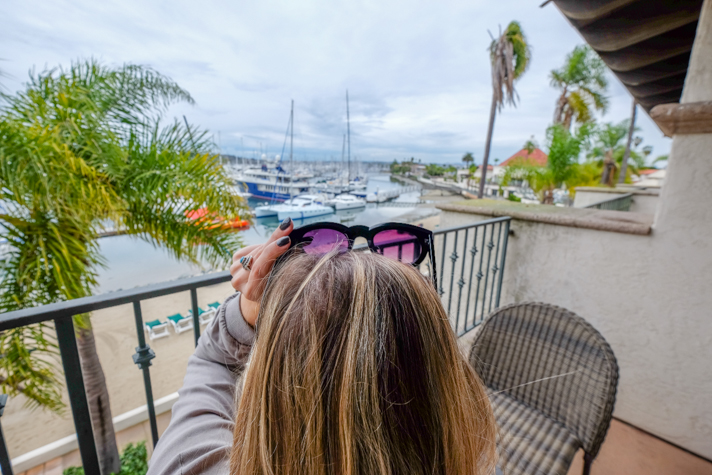 The Best Time to Travel to Southern California 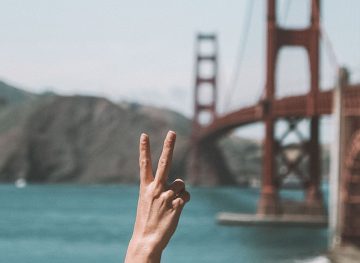 With endless natural beauty and a one-of-a-kind culture, California has something for everyone. Check out my road trip itinerary for 2 weeks in California!